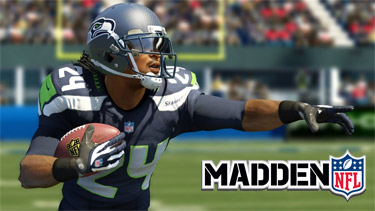 The best part about buying a shiny new video game console isn’t the new hardware, the social networking features, or its online capabilities. No, it’s the games: The heart of the console, the reason why we stand in line at midnight and fight our fellow gaming brethren at a chance to be a part of the future. Systems can live or die based on the strength of its launch line-up; too few games, and your audience quickly runs out of things to play, too many bad games, and your audience realizes they wasted their money and word of mouth quickly turns negative. While we can’t name any specifics about what you’ll be playing when the PS5 launches outside of a few examples, we can use history to see just what will be available when the system launches.

PS5 Sports Titles
A mainstay of the gaming scene, sports games have been available since the first video game console was launched. These days, sports games are so popular that they are featured upfront and center in every video game console launch. Expect to see the likes of Madden, the NBA2K series, and FIFA front and center for yet another video game launch. These games will likely follow the time honored tradition of having better graphics but cutting features to make it in time for launch. Like always, we can expect a version of MLB: The Show on PS5 a few months after the launch.

The FPS genre is one of the strongest in gaming today, consistently hitting the types of sales numbers that make other publishers green with jealousy. Expect to see the yearly titans, Call of Duty and Battlefield, available at launch, along with any other big name franchises that may rise to power during the lifespan of the PS4. If we’re being optimistic, maybe we’ll see Titanfall appear at the PS5’s launch?

PS5 Action / Adventure
If the Assassin’s Creed series keeps trucking along at a yearly basis, it’s a given we’ll see one of those at the PS5’s launch. Outside of that? Well, that will depend on what big names emerge in the current generation. This is the space to watch, as anything could fill this genre as we get closer and closer to the PS5’s launch.

PS5 First-Party Titles
Expect to see three or four first-party games from Sony that really show off the power of the console. Sony is going to be looking for games that demonstrate what the system is capable of, games that get jaws dropping much like Killzone: Shadow Fall did on the PS4. We won’t likely see mistakes like Knack take the stage, instead seeing time-honored classics such as Gran Turismo, Uncharted or possibly God of War lead the PS5’s lineup. Sony will want to put their best foot forward when it comes to the PS5 and they have the portfolio of games to do just that.

PS5 Indie Games
Expect to see a ton of indie games at the launch of the PS5. Not only does it help pad the launch numbers, but indie developers are eager to get themselves out in front of a new audience itching for the next big thing to play. Indies have proven to be a huge hit on the PS4 and that will continue to the PS5, in the form of both free-to-play and digital games. What indie games will we see? It’s hard to say, but whatever is popular at the time on PC will definitely make it’s way to the PS5.

The Past Revisited
As we covered in a recent article (link to article here), it’s a given that we are going to see PS4 games with graphical upgrades show up at the PS5’s launch. Check out the article to see our full thoughts on this phenomenon and how it will impact the PS5!

A Pattern Emerges
You may have noticed a pattern: The hypothetical PS5’s launch looks strikingly similar to the PS4’s launch. Given how rushed console releases are, and how some franchises now release on a yearly basis, it’s easy to see what games and genres are going to dominate the launch of the PS5.

As we get closer to the actual launch of the PS5 and this generation’s big name franchises shift and change, we could see some new key players emerge and make themselves known. However, we have a feeling history will repeat itself and we’ll be seeing some variation of the above when the system launches many years from now. Post your comments below!