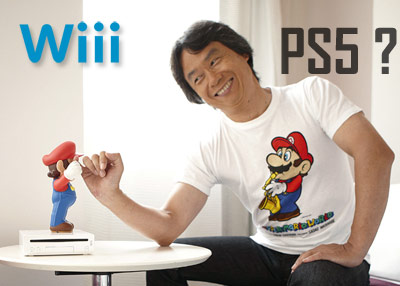 In December 2014, Shigeru Miyamoto, one of the major game developers at Nintendo, dropped what some consider to be a bombshell announcement: Nintendo is already working on its next console, the successor to the Wii U. Miyamoto admitted that they were still in the early planning stages, but that a dedicated team was working on new hardware while the majority of Nintendo was focusing on making software for the Wii U. Is it possible that Sony is doing the same thing for the PlayStation 5? If Sony wasn’t working on the PS5 now, you can bet they are getting in gear after Miyamoto’s announcement.

We recently brought you news about the New Business Creation Department at Sony, whose sole purpose is letting ideas from any branch at Sony flourish. It’s safe to say that plenty of new ideas revolve around the PlayStation 5, giving Sony the groundwork it needs to build a powerful new console with some innovative features.

We can safely assume that Sony is already looking for ways to maximize the next console’s graphical powers; with Sony currently on top in the console wars, they will need something unique to keep their momentum strong when they unveil the PlayStation 5. Like Nintendo, we can assume that Sony has a small “think tank” of its top researchers and developers testing out new ideas that would make the PS5 one-of-a-kind.

However, it’s also safe to assume that whatever Sony is working on depends on the trends of the next few years. A lot is riding on virtual reality, and with Morpheus yet to be released for the PlayStation 4, it’s uncertain if it will catch on with the gamer populace. Sony is likely not investing in these ideas too heavily, because if virtual reality is a flop and the PS5 is being planned around it, it could set the console back years as Sony would need to restructure the whole system.

At this stage in the game, the focus is likely to be squarely on graphical output, seeing if any improvements can be made to the DualShock 4 – small details that will definitely play a part in the next console, as dictated by the history of gaming. For instance, it’s a given that there will be a DualShock 5, as the controller is now synonymous with the word PlayStation.

We don’t expect Sony to make an announcement any time soon stating that they are working on the PlayStation 5; right now, the PS4 is still selling great, with Sony securely in first place in this console generation. Nintendo likely made this announcement because the Wii U contains a number of faults that have landed it in third place in the console wars, and Miyamoto is likely trying to assure its fans that Nintendo is already looking to fix its mistakes.

The only thing we can be certain of is that Sony is intensely watching the PlayStation 4, noting what works, what doesn’t, what the players enjoy and what they hate. The PS4 was a huge improvement on the PS3, and we can expect the PS5 to be a similar leap of huge proportions — whenever it’s released.