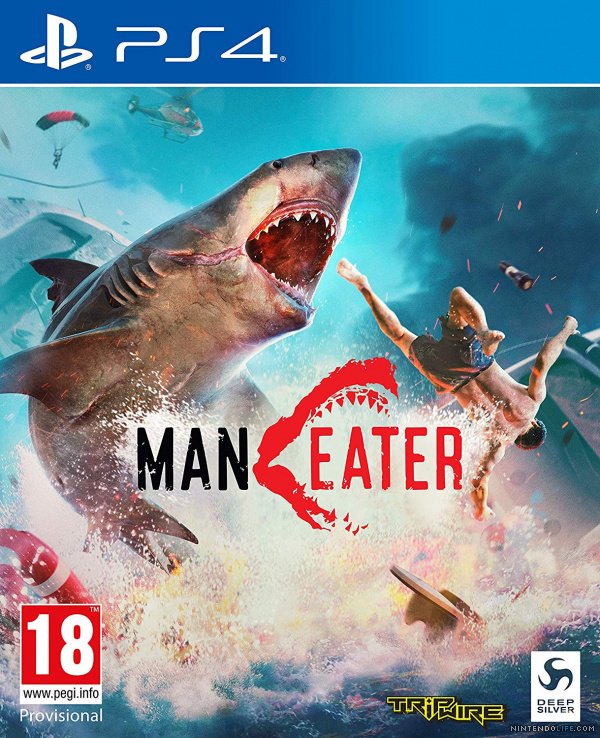 So, Maneater released last month and while I had full intentions of bringing you my thoughts on the game closer to its initial release date, I felt compelled to hold off so I could really “dive in” the game. I regret that decision now because there was really no need to try and discover everything I could.

In Maneater, you play the role of a shark. If you’re more into fishing than being fished yourself, you might not enjoy the shark justice this game provides, but that aside, there is a little more to the game, but playing as a killer shark that’s taking revenge out on human society (think JAWS the movie) pretty much sums up the bulk of the game.

It is a RPG title and rightfully so. As you stalk the water throughout the game, you level up as you grow into an adult shark. You unlock upgrades as you play. Things early on such as a sonar to detect all the life in the surrounding area and electric bites that stun and deal a little extra damage take the shark to a level that only a video game could deliver. If sharks did evolve in real life that way our protagonist does in game, we’d all be screwed and likely wouldn’t survive a trip on the water Luckily, we dodged that evolution bullet!

Upgrading along the way is pretty simple. You have a slew of missions and side missions to complete. One minute you could be hunting a killer alligator at large or you’re in need of killing 10 humans in the swimming hole. There are plenty of things for you to do while you explore an open world of water and yes, a little bit of land. Some missions might be a little challenging depending on your level, but for the most part, it’s all pretty easy. Even as you hunt people and they send their own hunters out to catch and kill you, it’s a little too easy. Even what you could consider boss fights, don’t really offer much challenge. The simplicity is fine and all and at the end of the day, this game shouldn’t be taken too seriously. You’re certainly not going to find much challenge, but one you will find is repetition. Most games are repetitious to some degree, but I’m no kidding when I say that after 30 minutes of gameplay, you’re not going to see much more in regards to something new. On the one hand, you’re playing as a shark, what can you expect? On the other, you’re a friggin shark video game, I mean they could have offered endless possibilities, but they watered it down a little. Pun kind of intended.

So, to chalk it all up, the game is a lot of fun, but for me anyway, it’s only fun in small doses. I enjoyed chomping on a few people that were swimming and enjoying the sun in their flamingo floats. There are a lot of one-liner jokes that will offer you a chuckle while you play, but I have to say that the price point feels a little high. The game retails at $39.99 (USD) and I think the proper price should be closer to $19.99. For $20.00 (USD) this game would be well worth it, but it’s kind of a rip off for anyone paying full price. Now I know that none of us like to admit we got screwed over when buying a game, but this is a call I stand by firmly. If you plan to buy this game, do yourself the favor of waiting until it’s at least half off and you won’t be nearly as disappointed as you would if you pay full price.

Rating Maneater, I give it 6.5 out of 10. A solo campaign that offers little to keep players entertained during extended gameplay hours, no multiplayer or any real replay value unless you’re a trophy hunter that just wants to nab that platinum. I wish I could offer a better score for Meaneater, but I’m just trying to keep it real for my fellow consumers.

Have you played Maneater? What would you score the game?