In the gaming industry, it’s not uncommon for consoles to release with several versions either at the beginning of the cycle, or later in its lifespan. Now that gaming has become as huge and mainstream as, say, smartphones, rumors are speculating that the PS5 will take a hint from the major cell phone companies and release two versions of the console at different price points, and with different features, to reach a wider audience.

One version of the PS5 will be a core setup with only the most basic of features and capabilities. The other version will offer a more robust setup for hardcore gamers. For both versions of the console, an option will also be present to make the option portable via a virtual reality headset similar to the upcoming PlayStation VR. Join me as we look at the two widely different versions of the PS5 and how VR will replace the traditional handheld system like the 3DS or the PlayStation Vita.

PS5 Version One: The Core Experience

The PlayStation 4 is already outselling the Xbox One by 2:1. It’s clear that there are a healthy amount of gamers who love the PlayStation brand. The problem is that past consoles have come out as price points upwards of $600. When the PS4 released at $400, the average gamer saw a next generation console within reach. 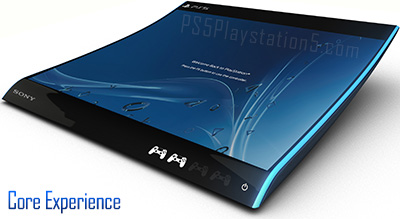 Meanwhile, the Xbox One comes out at $500 and, well, we all know how that ended. Even so, it still sold, just not quite as well as PS4. Turning our perspective for a moment, let’s take a look at the smartphone industry. There’s never a single version of a phone. At launch there may be one, but soon they’ll introduce another, and another. In the case of the iPhone, there’s almost always two versions at launch.

So, let’s fast forward to 2020. The PS5 is coming out and Sony is offering two options to reach the most gamers possible. The first is one called the The Core Experience. This version of the console contains all of the hardware needed to run the games (and connect to the cloud). It will have a massive hard drive upwards of 5 Terabytes or more. This is just the storage space for standard hard drives. What’s more likely is that the Pro version of the PS5 will feature a Solid State Drive (SSD) that is quickly outpacing the hard drive technology we have.

Nobuo Hayasaka, a managing executive director at Toshiba and chief engineer of its Semiconductor & Storage Company spoke at the SEMI Members Day in Tokyo on August 20, 2015. During this time, he made the bold comment that SSD drives would reach a capacity of 128 terabytes in 2018. By the time the PS5 releases in 2020, this type of storage could be included in a more premium system package.

The console will come with the new controller and all of the equipment needed to play your games in 4K resolution. It will probably retail for $500 or less. Most likely it will still be around the price of the PS4 at launch since that price point was so successful the first time around.

This Core Experience will not have an optical disc drive. Instead, it will feature an all-digital experience that comes in two forms:

This flexible and digital option will allow casual gamers to access the games they want, when they want them. There’s a vast majority of people who will not be happy with this version of the system, but for them Sony will have another version of the console. 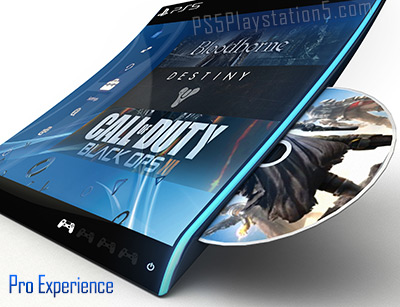 I hesitate to use the word “complete” because it would make the Core Experience buyers feel like they’re missing something. Most likely Sony will use a word like Pro to describe this version of the console. This version will incorporate a lot more into the package, but at a higher price. Where the Core Experience didn’t have an optical drive, this one will most certainly have one to appease the hardcore gamers.

The Pro Experience will also include several gamer-specific features:

This version of the console will inevitably cost more, but for the hardcore gamers, it will be a no-brainer. The backwards compatibility alone will be a major selling point as many gamers will have collections of PS4 games they don’t wish to part with.

With 4K blu-rays coming already, it’s also highly likely that people will have a collection of these as well. Gamers tend to favor physical media over digital downloads, so the support for these physical discs will be paramount to winning over the hardcore set of gamers.

Now we reach the optional element that either of the PS5 versions will support, should you decide you want it. Right now, there’s a war brewing between two new factions: virtual and augmented reality. Currently Sony’s prized possession is the PlayStation VR headset that promises to add virtual reality capabilities to the PS4.

For those who are unaware, virtual reality completely takes you to another world and submerges you into it. Augmented reality, on the other hand, changes the world around you by displaying images that alter your perception of reality.

When the PS5 releases, people will find they have a hole in their lives when they leave their living rooms. For the PS4, the PlayStation Vita handheld was able to use Remote Play to stream content from the console to the handheld wherever you were, so long as you had a wi-fi connection. With the Vita slowly making its way into the folds of time, people will want a new and exciting solution to satisfy their portable gaming needs.

Not to mention, console gaming is being threatened by the rise of mobile apps, so something is needed to make consoles relevant again. When the PS5 releases, consumers will have the option to purchase a pair of glasses that offers both augmented and virtual reality. When they are out and about, the augmented reality will allow them to see everything clearly while also connecting them to the smartphone in their pocket via bluetooth.

Emails will appear within your vision and you’ll be able to open and read them by simply looking at the icon hovering in your vision. Browsing the web, and even playing simple games will all be possible while you walk to work or through the grocery store. Included apps will allow you to look at barcodes and scan them for more information about nutrition and value.

Your phone and your eyes will become one. Once you arrive at your friend’s house, you will be able to switch to virtual reality and connect to your PS5 at home. It is then that you’ll be able to stream content to your glasses and play games with your friend while they access their own PS5 on their 4K television.

This added bonus will allow you to take the PS5 with you wherever you go. It will also bridge the gap between your PS5 and your smartphone. You’ll merely need the device in your pocket and everything else will appear in your vision. The added bonus of immersing yourself in every game you own via virtual reality will be quite the attractive option for PS5 owners.

Since this will be an optional addition, Sony will most likely offer a voucher for those who purchase the console on day one that offers a discounted price on the VR/AR headset they will be selling. This will raise interest in the option to make the PS5 portable and jump start sales of the headset.

The PS5 will release in two versions with the added option for portability. Which version will you choose, the Core Experience or the Pro option? Let us know if you think this is possible and which version you’ll purchase in the comments below!