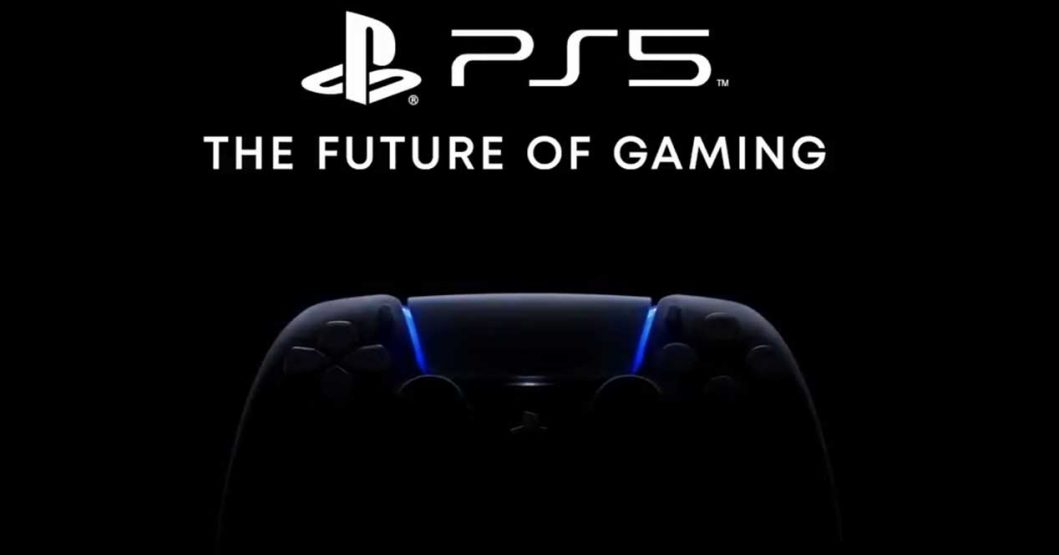 To kick this off, I just have to ask… Can you believe the initial release of PS5 is just 9 days away? This is going to be an amazing day for fans that pre-ordered a PS5 and possibly even more amazing for those that manage to snag one in store if they weren’t able to get a pre-order in. Best of luck to everyone involved!    Speaking of the highly anticipated PS5 console, PlayStation 5 preorders managed to surpass PS4 pre-orders in the United States within 12 hours versus the first 12 weeks the PlayStation 4 was up for pre-order.   During an interview with Reuters, PlayStation CEO Jim Ryan said that not everybody that wants to buy a PS5 on launch day will be able to get one, but he also says the company is working very hard to supply the demand. The PS5 is easily going to break records in regards to sales and will be a super hot product during the holiday season.    Moving on, the first game drop for PS Plus subscribers monthly for PS5 owners has been revealed. The game Bugsnax will be available for free on November 12th, the day of the console’s release. This is a PS5 exclusive and while not everyone seems to be satisfied with the drop, I personally think it’s a decent start. PS4 owners that subscribe to the Plus service will get their hands on Middle-earth: Shadow of War and Hollow Knight: Voidheart. Those games will also be available for PS5 owners, respectively.    In other game news, Days Gone got a hefty update recently that will prepare the game for backwards compatibility on PS5. Owners of the PS5 console will also be able to play the game in up to 60 FPS and in dynamic 4k. Days Gone released with mixed reviews from critics and consumers alike.   Friday the 13th the game got some big news. The dedicated servers for FF13 the game are shutting down. The game will be receiving its last update later this month that will include a host of fixes that will include the dedicated server shutoff. Owners of the game will be able to continue playing private matches as well as peer to peer, but the days of playing randoms will come to an end. It was a good run. Seriously, there was a lot of running…   Cyberpunk 2077 has been delayed into December. While it was merely delayed for a month to ensure they could produce enough physical copies, some have speculated that the title is actually being held back because of next consoles. With the delay, some of the developers at CD Projekt red have been receiving death threats over the pushback and lets be honest here, not cool. Anyone making threats (whether they mean it or not) to developers over a game is ridiculous and unacceptable at best.    Upcoming game Resident Evil Village is getting the next gen treatment on PS5. The game will support Ray … END_OF_DOCUMENT_TOKEN_TO_BE_REPLACED 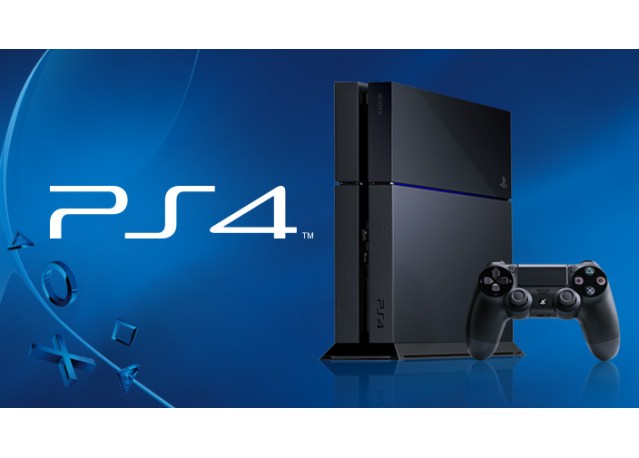 The time is upon us that we see next gen consoles begin to take over the market as preorders continue to be a mess and sell out within what seems to be minutes. It’s a big deal in general for hardcore gamers, but with the world wide pandemic, it’s an even hotter commodity as more people are turning to in-home entertainment and relentless online preorder scalpers seem to be out in full force.    Preorders a mess aside, we are once again seeing the end of a console generation that will soon be dubbed last-gen. The PS4 might be around for several years to come, but the reality is, it’s the end of an era. At least my mind, anyway.    I have had every PS console so far and let’s be honest, there’s only been 4 prior to what’s coming and that really isn’t a feat as much as it might show my age. I have enjoyed each one thoroughly and with each new release, I have appreciated the leaps and bounds they have made in technology. The PS4 though, that standouts a little more for me.   The PS4 was my first actual release day console. Prior to the PS4, I just never had any luck being able to get a console the day it releases. When I managed to get my preorder, I was lucky. A Target store about 45 minutes from where I lived had one preorder in stock and I had to drive there to secure it. Luckily for me, it was still on the rack. I gave them my $25 deposit and waited eagerly until the day I could pick it up.    As a longtime gamer that truly does have a passion for video games, it was an amazing day. I had a PS4 on release day. I had my first console on release day. I’ll never forget that feeling. While I have my PS5 preorder secure and I await that day to come, I can’t help but feel differently about it this time around l.  Preorders were a nightmare and I am grateful I could score one, but I was prepared ahead of time and had a little inside info to be ready for the orders to live prematurely. Insider info or not, I was extremely lucky to be able to grab one. When I got my PS4, it was different in the way that I missed the preorder window altogether. I didn’t want to stand in line at a store in the early hours before they opened in hopes that I might get one. I just happened to stumble upon a target preorder online that said there was one left in stock. Maybe I was lucky and no one was actually searching for a preorder at that time and someone by chance canceled their order, but again, that feeling of securing a PS4 was just like no other.    I remember playing BloodBorne for the first time. Admittedly, the game had … END_OF_DOCUMENT_TOKEN_TO_BE_REPLACED 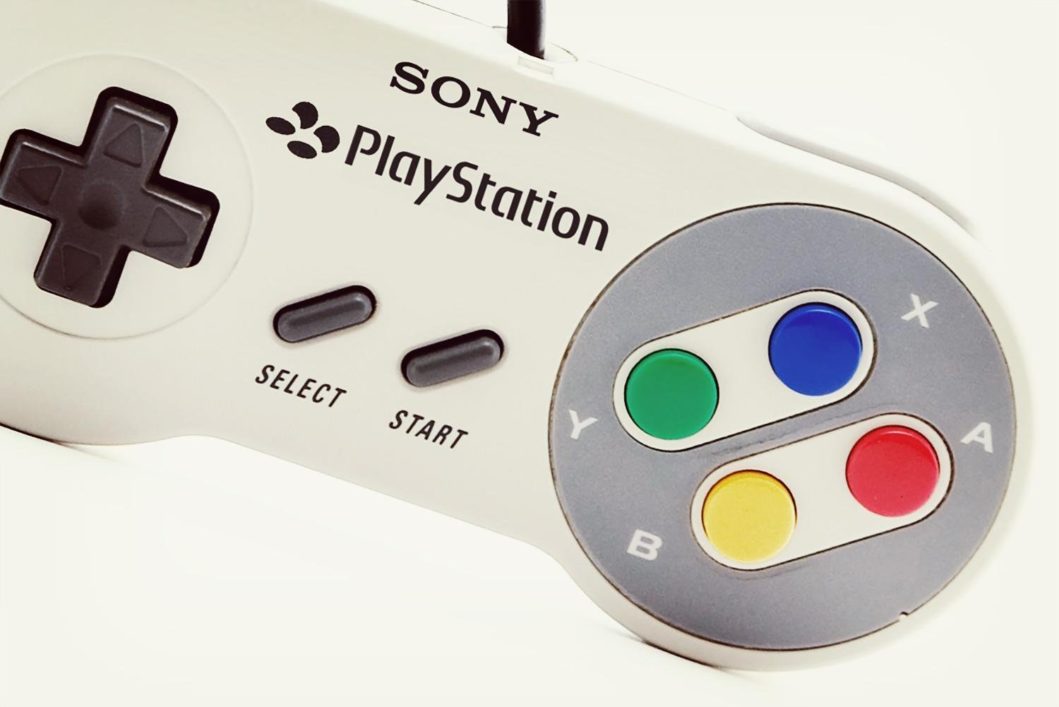 It’s a question that I have thought about many times over. It isn’t a heavily discussed topic, but it is certainly an intriguing one. What if Nintendo and Sony managed to partner up back in the 90’s and actually moved forward in the gaming industry together?  Just for the sake of “in case you didn’t know,” back in the early 1990’s, Nintendo had tapped Sony to build a CD-Rom variant for the Super Nintendo console. Nintendo then backed out of the deal and went with the company Philips, to develop for them instead. From there, Sony further developed their CD-Rom and the PlayStation was born.    Sony has always been a very different company than Nintendo. From the moment the first PlayStation console dropped, Sony was offering content that was more mature for gamers. Nintendo was and still is considered the more family friendly console.    Sony carved a space for the PlayStation brand in the gaming industry and changed everything. Sega was seemingly pushed out of the console making space and became a third party developer after the Sega Dreamcast failed to make sales needed to keep the company a float.  We watched as Nintendo began to struggle and Microsoft entered the gaming space with the highly successful Xbox, thanks to the release of the PlayStation 2, which still holds the record for most units sold as a single console. The PS3 had a staggering start when it released one year after the Xbox 360 and came with an extremely high price tag. What may have very well ended another company, Sony came back with additional models of the PS3, lowered the unit price and did manage to outsell the Xbox 360 in lifetime sales.    While Sony and Microsoft battled it out for the market, Nintendo did manage to comeback with the Wii console and of course, dominated sales in regard to handheld devices. Since then, Sony has dominated the market with the PS4 and both Nintendo and Microsoft have managed to stay in the game… No pun intended, but it is fitting.    Now in present day, we prepare  to see the Playstation 5 revealed and by holiday this year, the ongoing battle for top console sales will start over once again. With that, I circle back to PlayStation’s beginning. What if Nintendo didn’t back out of the deal it had been working on with Sony? Let’s speculate, shall we?    There are many possibilities to what could have happened. In all actuality, we will never know, but here is how I imagine things could have gone down. After Sony had gone ahead and announced a partnership with Nintendo, the big N, graciously confirms said partnership. With excitement in the air, Nintendo and Sony make waves in the gaming industry. The tides are turning and not only does this partnership excite gamers around the world, but SEGA is getting excited too!.    SEGA was far ahead of the curve when it came to video game tech. Maybe … END_OF_DOCUMENT_TOKEN_TO_BE_REPLACED