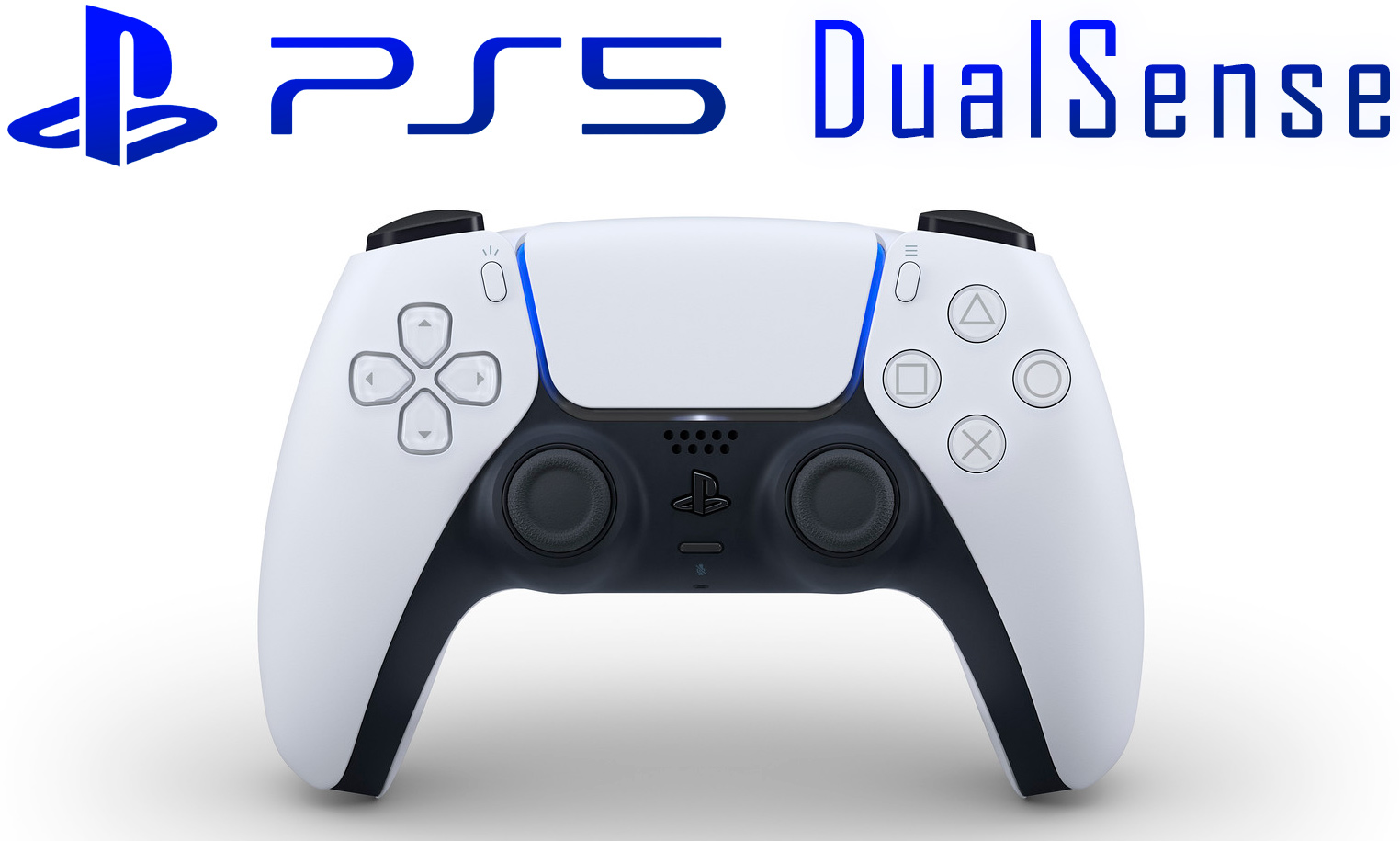 Our goal with DualSense is to give gamers the feeling of being transported into the game world as soon as they open the box. We want gamers to feel like the controller is an extension of themselves when they’re playing – so much so that they forget that it’s even in their hands!

During Gamescom Opening Night Live, we received our first look at a new version of the DualSense controller for PS5. Known as the DualSense Edge, this is a new premium controller that offers incredible customization and calibration options for gamers looking to give themselves an edge in both single and multiplayer titles.

A new post on the PlayStation Blog offers the first details.

Here’s a breakdown of what the new controller will offer:

No release date just yet, but stay tuned for more information on when you can preorder one of these!

Key features of the PS5 DualSense 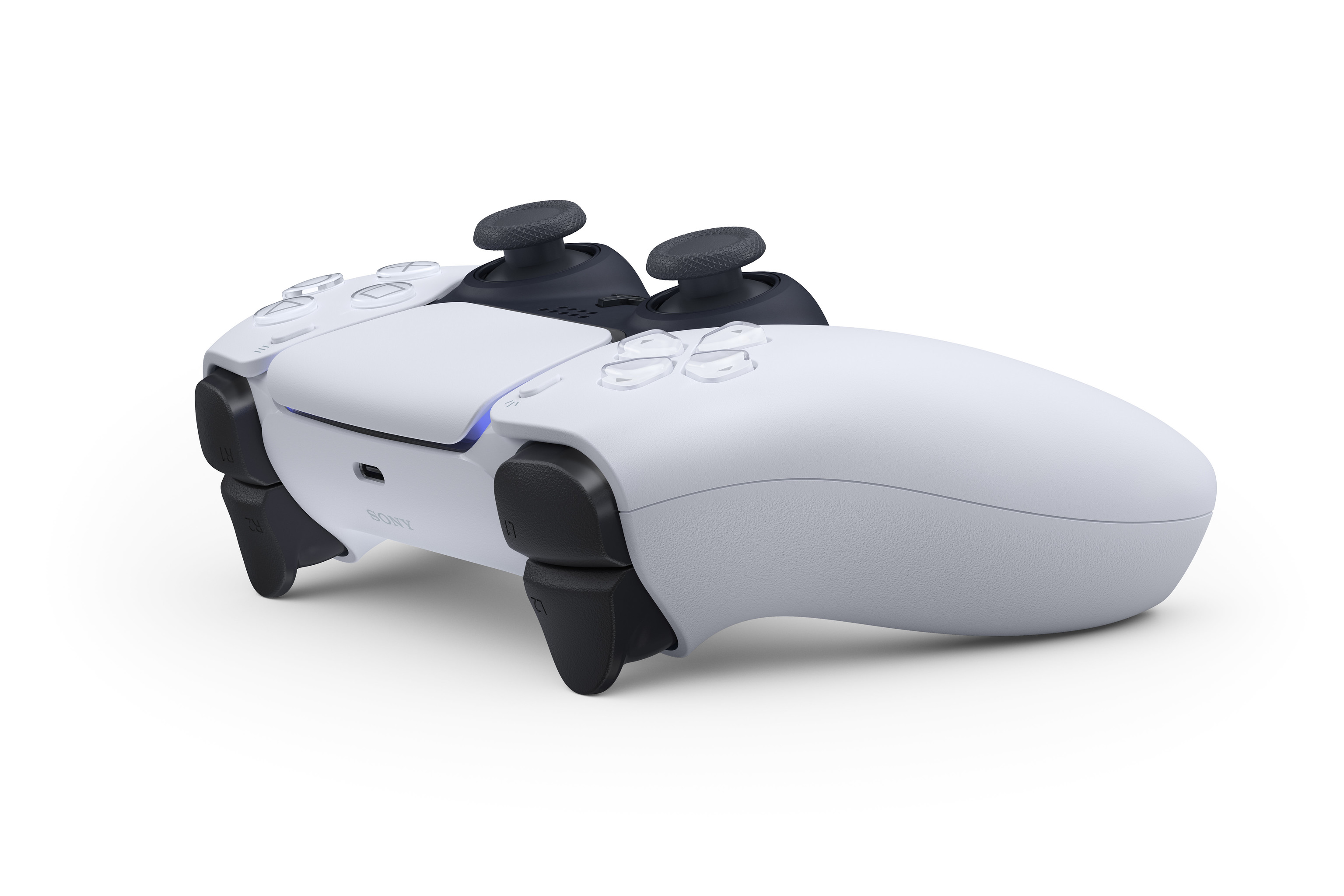 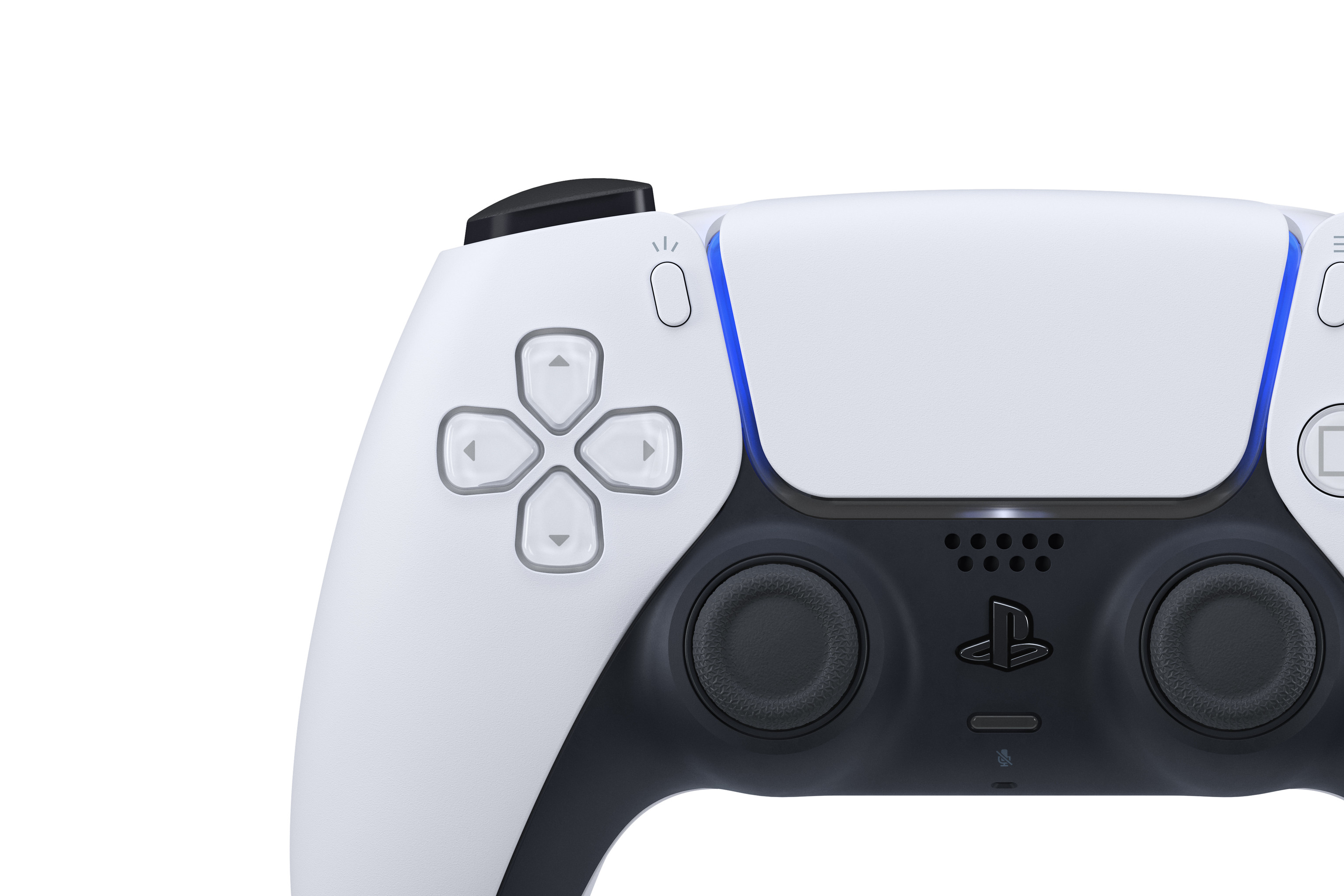 Cool Concept Video of the “DualShock 5”

With the PlayStation 4’s end on the horizon the focus is shifting to the PS5. With a new console generation upon us, it’s enough to make a person wonder exactly what the next controller will be like. 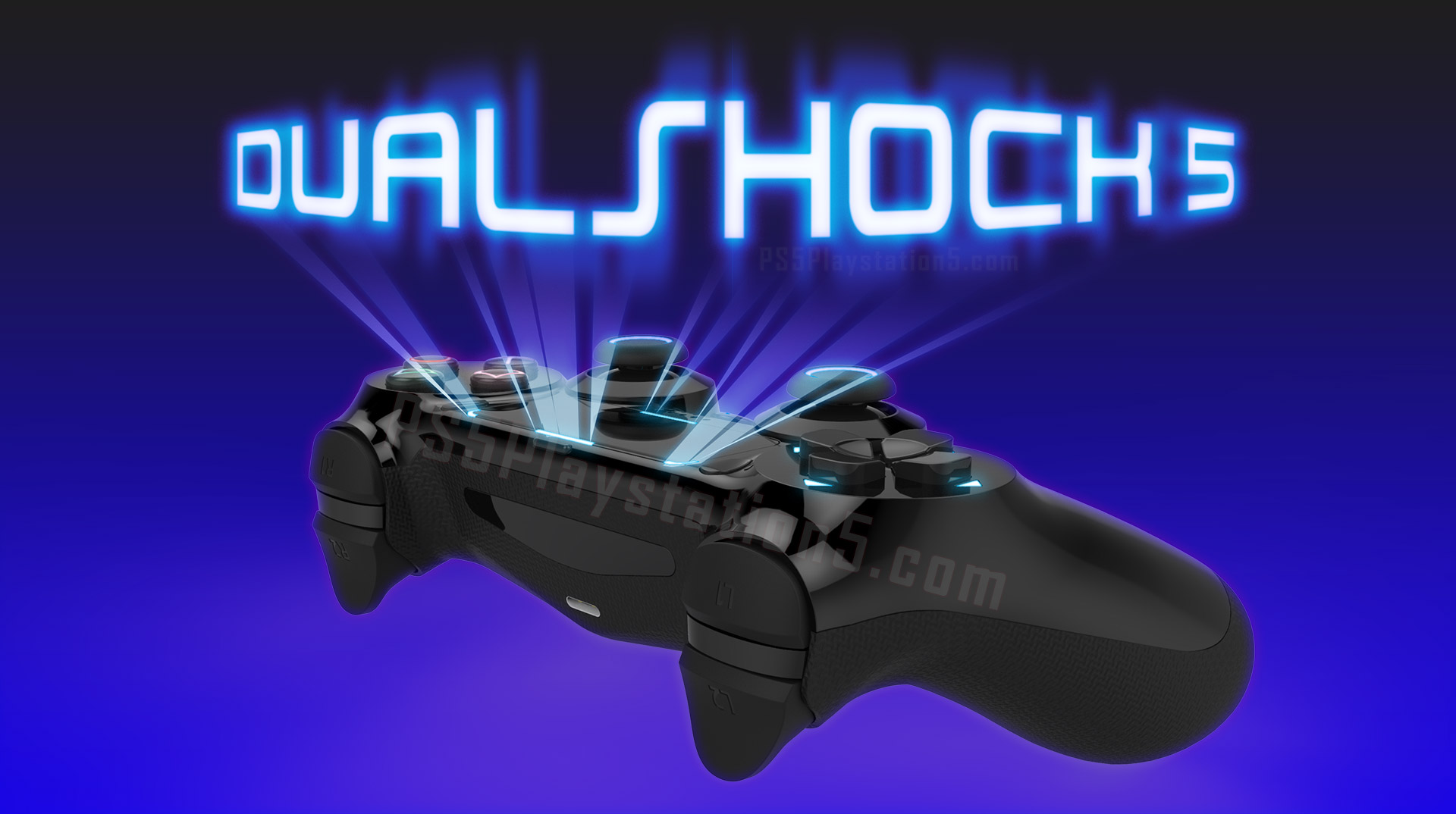 We recently saw our first details on some of the new features we can expect, but let’s see what is confirmed and spend a little time imagining the possibilities while we wait.

In November of 2019, we had not one but two new patents surface regarding controllers. While one of them (detailed below) is pretty much what we expected, this latest one is a head-scratcher. Take a look: 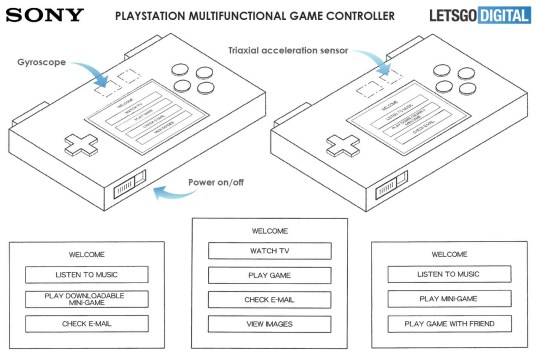 Once again, LetsGoDigital has come through with a breakdown of the patent from Sony.

Don’t be terrified by the look of the design here, the consensus is that this patent is more about the technology they could put into their future controllers than the actually look and feel of them.

The patent discusses an ability to connect to multiple devices via Wi-Fi and Bluetooth, along with the ability to transfer data across these connections. The presence of a screen also hints at some sort of portability or remote play angle.

Additionally, the patent goes into specific geographical capabilities, such as showing you directions. Surprisingly it also has information on a fingerprint sensor and heart-rate monitor.

Taking all of that in, I can’t tell if this patent is for a controller or PlayStation’s version of a Fitbit. As I mentioned earlier, it’s likely that this is a patent that secures some new technology concepts and how they could be incorporated into a controller’s design.

We all recall when Wired magazine broke the news in 2019 that Sony was working on a next-generation console. Well, they are back again with a new post that came out October 8th, 2019.

In this post, Mark Cerny and Sony revealed new details, including confirmation it’s called the PlayStation 5 and it’s coming holiday 2020. As part of this reveal, new details about the next generation controller came to light as well:

As part of the demonstration, the author of the post asked Sony about recent patents, like the one we reported on suggesting PS5 could have a voice assistant feature. Sony declined to comment, saying that patents are sometimes used in products or not.

Cloudy, With a Chance of Gaming

Among the new DualShock 5 details, patents have been coming along at a steady clip throughout 2019. While they are no guarantee of any developments, they provide great fodder for speculation.

In October 2019, a German website called Techtastic, spotted a new patent for “a controller device for user interactivity with a server of a cloud gaming system.”

The concept is a controller that sends signals to a remote server and essentially controls a game remotely and ideally without lag of any kind. Now, there’s always a chance that this would be exclusively a PlayStation Now controller, and something Sony sells aside from the PS5. This would make it more like a Google Stadia competitor than anything.

The idea isn’t too far-fetched, especially when you consider the fact that Sony recently changed their PS Now pricing to include more affordable rates and a free trial for new members. Thanks to the success of Xbox’s Game Pass, it’s clear Sony wants a piece of that subscription pie.

All of that is fine with me, so long as we get our normal controller on the PS5, crazy haptic feedback and all.

As new rumors continue to roll in, the latest is a supposed look at the DualSense 5 alongside a PS5 dev kit. Take a look:

While it certainly looks convincing, Kotaku’s Jason Schreier commented on a ResetEra thread that his sources confirmed that the images are fake. Even so, the possibility of a touchscreen on the new controller is something we’ve discussed before.

Most gamers don’t like the sound of it because it could drain the battery. While that’s fair, the addition of a screen on the controller could really add to the gameplay if used properly. Some examples would be displaying your inventory, the mini-map, or even having characters communicate to you via the screen.

The Dreamcast was the first system to include a screen in it’s controller, but others like the Wii U have done so too. Time will tell what the final design holds, but for now we can confirm that this controller design is a fake. 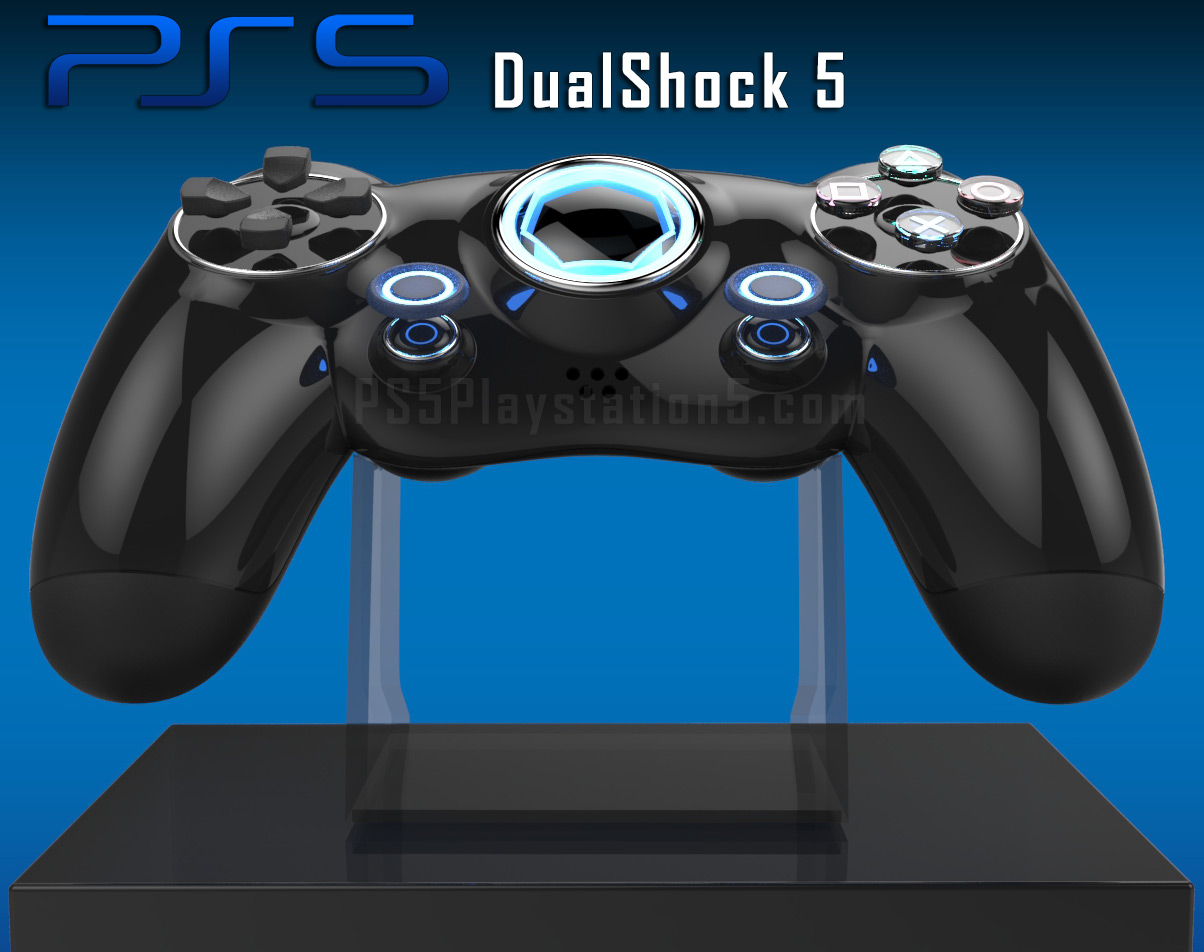 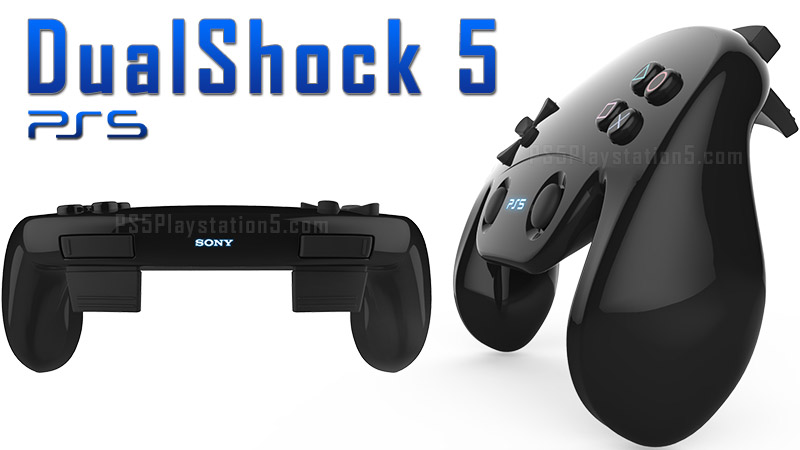 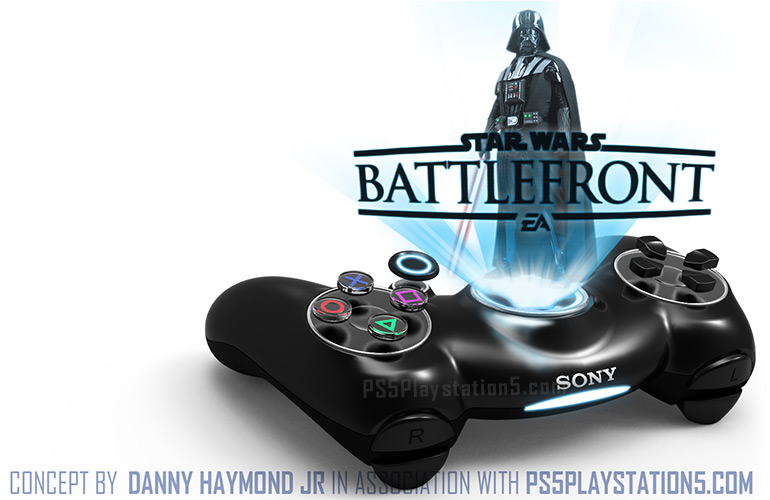 DualShock 5 Concept will be the first touch-based PlayStation controller

Back to speculation! Let’s imagine that Sony decides to really change things.The DualShock 5 may not have any buttons; rather, it could have touch-based buttons akin to a gamepad layout you may find in an iOS game. However, when you press a button on the DualShock 5, it is going to simulate the feedback that players feel whenever they press a button on a traditional controller.

For example, when you press ‘X’ to jump, the controller will provide a sensation into your thumb that makes it feel as if you are actually pressing the button due to the controller simulating the weight of the button and the mechanism that allows the button to be pressed. In a sense, the DualShock 5 simulates not only the controls of a gamepad, but also the depth in which we use the controls.

The DualShock 5 will keep the classic shape of the DualShock line, yet the area in which the controls lie will be one single screen. The controller’s screen automatically displays the current, traditional DualShock 5 layout whenever your PS5 is powered on, and if a game needs to use a specific controller layout (or add a new button altogether), you are notified via the controller before playing the game.

Learning more about what each button does is simple as well, as you can press the ‘Help’ icon in the top right corner of the controller at any time. To ensure players do not accidentally press this icon during gameplay, the ‘Help’ icon is only accessible when pressing the ‘Start’ button. 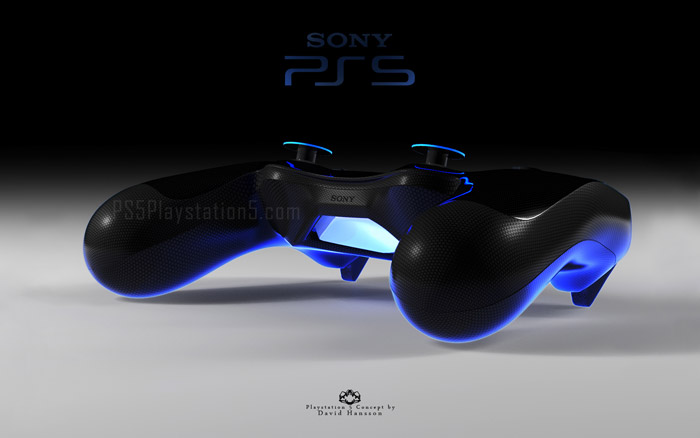 DualShock 5 Concept charges itself via Wi-Fi

Guess what? As long as your PS5 has an active Wi-Fi connection, your DualShock 5 controllers will automatically charge themselves once they reach a certain threshold. 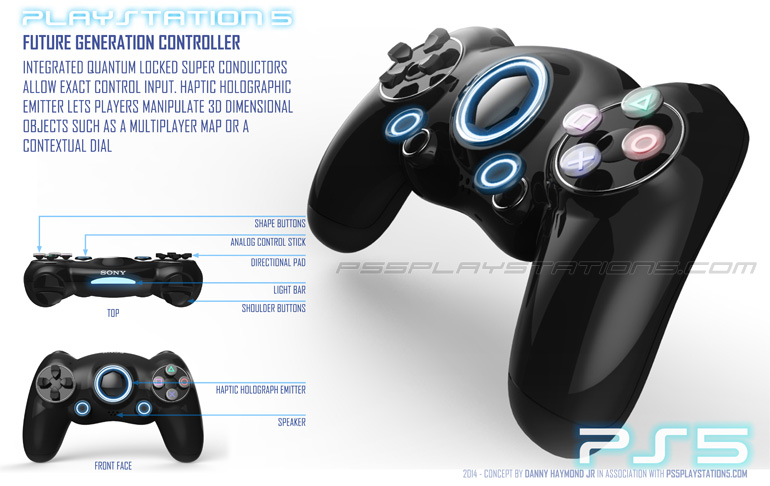 Don’t you hate it when you get a text message or a phone call while you’re playing a game? The DualShock 5 will be able to display your text message on the screen of your controller (or on the screen of your television – you can change the option in the menu), to which you can speak , it will type your message onto your smartphone. Say, ‘Send’ (or another custom phrase, you can change this is the settings), and the DualShock 5 will communicate with your smartphone and send the text message.

Alternatively, you can pause the game, read the text message on the DualShock 5’s screen, and text back on the device itself. In a sense, the DualShock 5 acts as a ‘middle man’ between your ‘smart’ devices and you.

What about a phone call? You can choose to take the call through your controller, to which you will be able to hear and speak with the caller by holding your controller. Don’t want everyone to hear your conversation? You can reroute the call to your headset device, to which you can speak with the caller using your preferred headset while you use the controller. In fact, if you are playing with a party on your PS5, you can actually have the caller speak to all of them in-game!

Don’t want your party to listen to your conversation? You can go into private mode and speak with your caller via the headset.

Want to stream music from your smartphone to your headset or even the external speaker of your controller? You can do this as well. The DualShock 5 will have an ‘external apps’ feature, which you can use certain apps on your mobile devices for use with the controller.

Sharing is more powerful than ever

In short, the DualShock 5 will be unique in that not only is it the first fully-virtual PlayStation controller, but it takes advantage of existing technology so you can have the best experience in gaming.

These are our DualShock 5 theories, but what are yours? What would you like to see in the new PlayStation DualShock 5? Share your thoughts below!