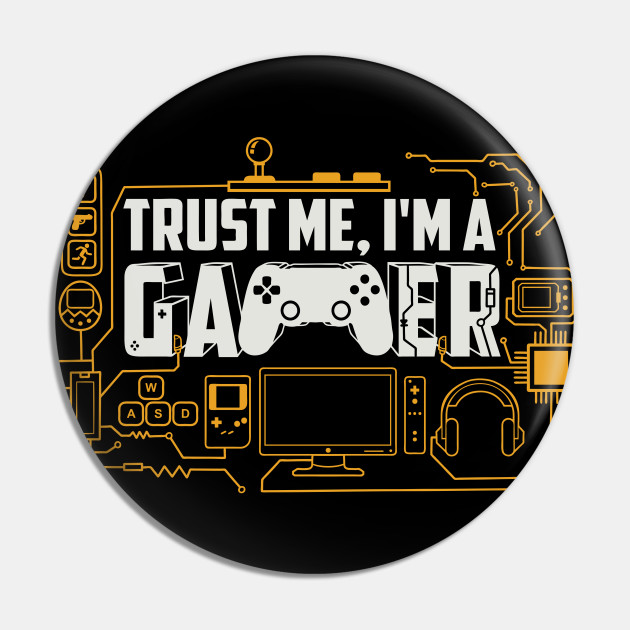 I found myself at the center of a debate recently. An argument between two others began with one person stating that any real gamer knows that PlayStation is the best console brand to pick from. This was an obvious attempt to spark the never ending console wars. The person that comment was directed at, didn’t offer the rebuttal I was expecting. Rather than playing into the hands of the PlayStation Fanboy, he went on to say that there is no such thing as a Gamer and that people need to stop labeling people that enjoy video games.    Their argument escalated while more and more people jumped in to make their points. It was interesting to read and I was staying out of it until a friend of mine tagged me and asked me to drop my thoughts on the matter. Granted, at the end of the day, it’s all opinions no matter how hard people want to claim it as facts. So, after entering the debate, I decided I would share my opinion here as well.    Is there such a thing as a Gamer? My answer is yes, Gamers are real people. Is being called a Gamer a label? Yep, It surely is a label. And what do labels do? They identify something you know what it is. It makes life easier. Not all labels are a good thing, but I personally think the label of Gamer is a good thing. Some of us like to use that label to easier explain our passion. Yes, we Gamers tend to be passionate about video games.    So what makes one a Gamer? Well, there are several things that can be factored in here, but I’m going to keep this fairly simple for the ones in the back. Simply put, if you like and play video games, that would classify you as a Gamer. It doesn’t have to be more complicated than that, but it can also get much deeper when explaining why we like and play our video games. I’m not going to explain all of that, but I am going to continue with explaining just a few other personal opinions of mine.    Now that I’ve simplified what makes a Gamer, I want to throw out that Gamers are not restricted to one game type. Gamers are also not expected to play every single game made, let alone like them all. You can like ice-cream and not enjoy every flavor. Just because someone enjoys playing Call of Duty and doesn’t play much else, doesn’t make them less of a Gamer. They just have their favorite game all picked out and that’s ok! I personally play all sorts of titles and genres, but I also have some friends that only play Fortnite. That doesn’t make them any less of a Gamer to me. It just means if I decide I want to play Fortnite, I’ll have a friend to join me.    Now, the console wars. This may be … END_OF_DOCUMENT_TOKEN_TO_BE_REPLACED 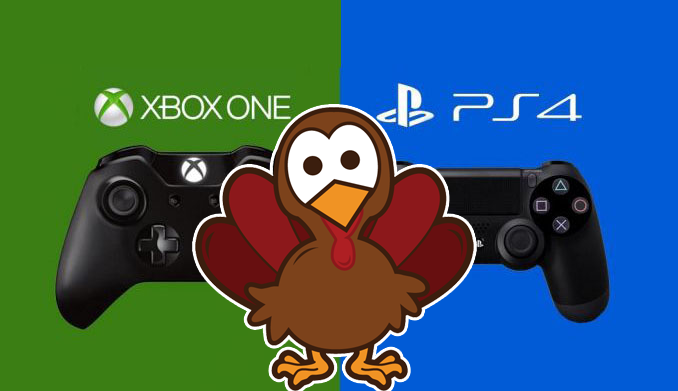 It is that time of year again. Holidays are trickling down upon us and today marks Thanksgiving in the United States. A day to be thankful and express our gratitude. Normally spent with friends and family, the holiday tradition has slightly altered this year. With the Covid-19 pandemic still haunting everyone across the globe, many people are keeping things to immediate household members this year. It’s hard on all of us, but it is important to remember to stay thankful and grateful on this day. Here are some things that I and we as Gamer’s, could and should be thankful for!   Video Games! As gamers, what could top this list other than simply saying Video Games? This is easily the one thing that all of us Gamers have in common and should be thankful for. If you’re not going to spend as much time with others in person this year holiday, then you can certainly find some people to party up with and play games online. Video games certainly do bring the world together and have helped forge long lasting friendships since they first became a thing. Without them, I wouldn’t be writing this article. There are so many reasons to be grateful for video games.    Video games are good for your mental health! Remember when the World Health Organization deemed video games as the cause for mental health issues they called Gaming Disorder? Well, a recent study from the University of Oxford has come to find that video games may actually be good for your mental health and make you happier. While it was a rather limited study, the Director of research at Oxford Internet Institute, Andrew Przybylski said “Our findings show video games aren’t necessarily bad for your health; there are other psychological factors which have a significant effect on a person’s well-being.” Another reason to be thankful for video games! Am I right?   Solo campaigns! Sometimes, it’s just nice to play a video game alone. We all need a break from social interaction, whether it’s online or in person, it’s just nice to get away from everyone and while it’s true, you can play multiplayer gamers alone, this is where a well written story from a solo campaign comes in. You can get lost for hours while playing a solo game. Personally, I have been grinding the Demons Souls remake on PlayStation 5, as my solo game right now, but I would be lying if I said I wasn’t calling in friendly phantoms to give me a hand when I need it. So, I am thankful for solo campaigns this year, because I can only take so much toxic behavior from call of Duty. You know what I’m talking about… looking at you right now, Treyarch. I am also thankful for Treyarch, though. Just saying.    Multiplayer games. How could I mention solo campaigns, but not multiplayer? I couldn’t and I won’t! I enjoy multiplayer games through and through. I have had moments that … END_OF_DOCUMENT_TOKEN_TO_BE_REPLACED 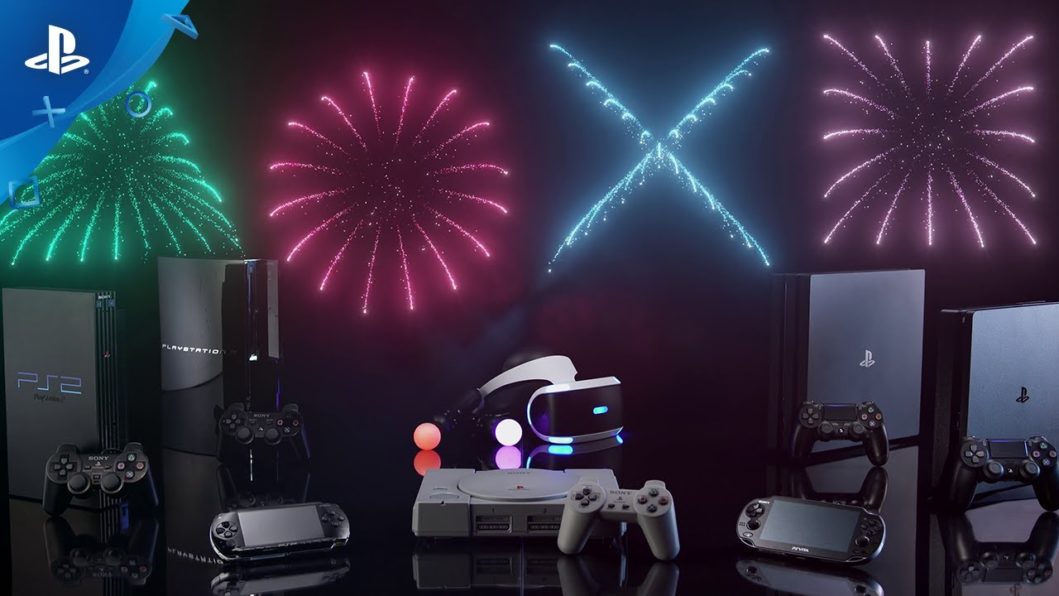 Here we are again. It’s the last day of the year and what a year 2019 has been. For us Gamers, we have a lot to look forward to. But before we begin looking forward to 2020, some of us need to get our New Year resolutions in order. To help, I have compiled 10 New Year Resolutions for Gamers!  1 Enjoy what you’re playing… This is at the top for good reason. I talk with different Gamers daily. All too often, I find that many of them aren’t enjoying video games the way they should be. The anger that seems to consume many, is a real problem and I’m not saying to just let things go, but maybe try and redirect how you think about it. Instead of saying you hate the game you’re playing, say something like “I hope this gets fixed.” Or maybe try switching to another game that you know you will enjoy.    2 Handle the toxicity or don’t deal with it at all… This goes in hand with number 1, but I decided to recognize it as a separate category. The one thing that seems to be inevitable on the web these days, is toxic people. It’s as if insulting, trolling and simply treating others like crap, is somehow okay. It’s not, but it is everywhere. Try not to let these things get in the way of having a good time. Most of the people we come across on the web, we will never meet and their salty attitudes belong them. You have to either just  laugh it off and maybe feel bad for these miserable people or mute everyone that is bothering you. Maybe find some friends to party up with to replace the noise.    3 Make some new friends… It’s a crazy new concept that a lot of people need to try. Making new friends makes the world go round and the same goes for the gaming community. It may seem like a difficult task when trying to find new Gamers to play with when you’re playing with randoms in lobbies and so many people seem to want to start arguments out the gate, but all is not a loss. There are tons of social media groups and pages for Gamers meet like minded people to play with. You will of course run into trolls here and there, but you’ll also get the chance to meet lots of cool peeps to game with.    4 Try something new… I am sure you can imagine, I love video games. If you’re reading this list, you probably love video games too. With such a large scope of choice, it’s easy to overlook games we might really enjoy playing. I know money is no object and not everyone can just buy a new game when they want, but if given the chance, maybe try getting a game that wasn’t on the hype radar? I know there is risk in getting something you might end … END_OF_DOCUMENT_TOKEN_TO_BE_REPLACED 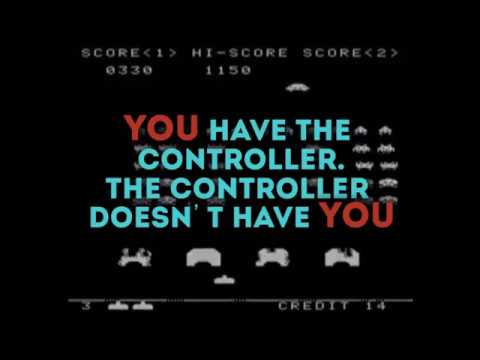 Let me start by saying this is not a simple subject to cover. I don’t want to overshadow the victims of recent or past mass shootings. I am appalled, like many others, but as mass shootings have clearly become a problem in the United States, political leaders including the President of The United States, have begun to place a big part of the blame on video games. This is wrong and needs to be addressed, again…   Simply put, numerous studies have shown that video games are not causing people to become violent. I am not remotely convinced that a person that plays a violent based video game, is somehow mentally effected and will go out on a real life mass murder spree. With 100’s of millions of gamers in the world, we would see a much larger number of these violent acts against humanity. I’m not really sure why political leaders of the U.S, don’t hear about or read up on studies that directly dictate their personal opinions, but that in itself is a travesty. When people are already upset, blaming video games is a dangerous response. I’m sorry to say this, but there are a lot of people out there that take the opinion of their leaders as fact. This could create serious repercussions for all parties around.    What happens when parents start taking away all of their children’s video games? A sudden mass amount of consumers stop making purchases to boycott the gaming industry and cause a major crash that potentially hits all economies. That might sound exaggerated, but it could happen. But wait! There’s more.   As crazy as this sounds to some, there are people out there that try to fight violence with violence… In my mind, that strategy doesn’t make much sense, but in another’s mind, it’s what has to be done.    Imagine a person holding a sign that says “Video Games aren’t the problem!” Then someone walking by sees the sign and decides they don’t like it. Video games are the problem and they brainwash people into hurting others. So, what does he do? He confronts the sign holder and proceeds to physically harm them. Punches, kicks, a knife or gun could be drawn. All this in the name of denouncing violence?  Granted, these are just hypothetical situations, but they are based on situations that have actually taken place the same way. There could be a long list of terrible things that could happen if these leaders don’t educate themselves and continue to place blame where it doesn’t belong.    Now, I don’t personally think parents should allow their kids to play games that are meant for a more mature audience and I don’t think they should be on screens 24/7. I am a parent myself and I can say that it isn’t easy raising my children in a world where technology is so easily accessible. I’m not trying to knock other parents either. I just want to clear that up, … END_OF_DOCUMENT_TOKEN_TO_BE_REPLACED