“Money is only a tool. It will take you wherever you wish, but it will not replace you as the driver.”
– Ayn Rand

When you stop to think about it, the mere concept of money is a confounding thought. Why is it, that we are all so willing to place value on something that is worth nothing? What’s worse is credit cards, debit cards, and so on. These are not even actual money, but representations of it. My bank account is nothing more than numbers on a page, and yet it is my lifeblood. Perhaps we all continue to perpetuate the facsimile because we believe that at some point in our lives, we will have the power. After all, money buys everything, doesn’t it?

Without diving any deeper into the psychological implications of applying value to something that has none, I’ll skip my ten page report on the misplaced faith of society and just get right to my point. If I told you that I would sell you a PlayStation 5 for a thousand dollars, would you buy it? I don’t think the answer is a simple yes or no. First off, does anyone sell it cheaper? How much disposable income do you have? Am I just buying a console, or does it come with something else? We’ll go into more detail on these and more subjects. Before we really dive in, I ask two things of you dear reader. One, hear me out. Two, don’t be afraid to voice your opinion in the comments below. This is a subject ripe and ready for debate.

The Blind and Faithful Followers
First and foremost, we must call out to the chosen few who have relegated themselves to buy any console Sony makes at any price because they believe wholeheartedly in the vision of Sony and more importantly in the investment that PlayStation offers. I would count myself in this group, and although Sony isn’t always right, they have never betrayed me so utterly that I found myself questioning my loyalty. What’s more is that loyalty is easy to break and hard to attain. I know I am not the only one who would follow PlayStation well into the thousand dollar realm of cost. 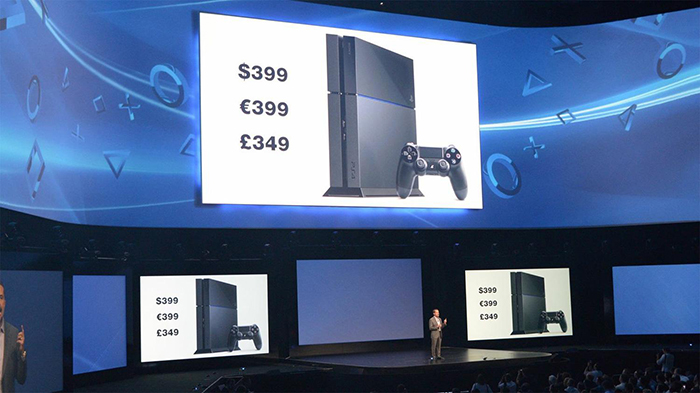 Why, you ask? Well for four hundred dollars the PS4 is a steal for starters. Would I have paid a thousand for it? As it stands, probably not, but that doesn’t betray my claims of loyalty because I believe Sony delivered a product that justifies its costs. They don’t assign price based on games of luck and chance. There’s rhyme and reason to it, and that’s why the PS4 deserves its price tag.

With the PS5, if they announced a thousand dollar price tag, they would have first showed me a product that is worthy of a thousand dollars. Loyalty may not be the driving force of all gamers, but is pushes a select few to follow their chosen patrons to the bitter end.

Put your Money where your Mouth is
So what exactly does a thousand dollar product look like? Well, for one the system would need to combine several of Sony’s products and services into one. For example, if the PS4 was six hundred, but it came with a Vita and games for each, people would buy it. For the PS5, we would need to see a all in one entertainment device that goes with us. It needs to be portable, it needs to be powerful, and it needs to be overwhelming in its breadth of features. People will invest in a product that they believe justifies the cost and even with a thousand dollar price tag the PS5 would still sell with the proper feature set.

So what exactly would that feature set look like? Well, beyond the portability and power mentioned above, the PS5 should include the ability to purchase upgrades similar to a PC. A modular design similar to the upcoming Steam Machines would do nicely as it would provide an easy and simple way to supplement parts of the system with more effective ones. With a model like this, people would feel more inclined to invest a larger amount as the longevity of the system would increase drastically based on the number of upgrades they could be employed to strengthen the systems power.

With concepts like cloud streaming and digital downloads, this modular concept could act as an almost personal server in the users home that could be upgraded with smaller purchases once the base model has been purchased. The promise of upgrades over the course of say ten years or so, would mean that the investment is more worthwhile. This is doubly so if the upgrades are priced around one to two hundred dollars every three to four years. A upgrade package here would be ideal, replacing the major components with upgraded materials.

With PlayStation Plus, Sony has already shown us that they can provide a value to their services and if the PS5 does include a thousand dollar price point, it would be beneficial if the system included a minimum year of a premium VIP service that offered access to either free game downloads like PlayStation Plus or it could provide early access to upcoming titles. Again, the price point should instill an almost overwhelming sense of value in the consumer’s eyes in order to justify the price.

Options for all types of Consumers
When we start discussing price points of this magnitude, we have to understand that such a price point can range anywhere from outrageous to completely doable depending on the consumer in question. For the PS5 to sell at this price, there should be options for how to buy it. Of course, retailers could offer a pre order payment plan or a layaway, but it would be more prudent on Sony’s part to instead offer their own methods of payment. For example, they could offer the system at a down payment price and provide the consumer with options for payment plans.

In this way, the consumer would receive their system when they want it, and would simply be contracted by Sony to abide by a payment plan. Much like taking a loan out on a car or a house, on a smaller scale. This may seem ridiculous to some, but this kind of option would go a long way towards selling more systems.

If you Build it, They will Come
This is the part where you chime in readers. This is merely the opinions of one writer, gamer, and Loyal PlayStation fan. Do you agree, do you disagree? We want to know, and we want to know why. Tell me how much you would pay, how you would pay for it, and what it should come with. Build your thousand dollar machine and don’t spare the gory details. This is a debate that will last long into the years to come and it starts now. I’ve fired the first shot, now it’s time to cry havoc and let slip the dogs of war!

You heard the man, tell us what you think! Prices, features, whatever you want to discuss, bring it to the comments and let the debates begin!