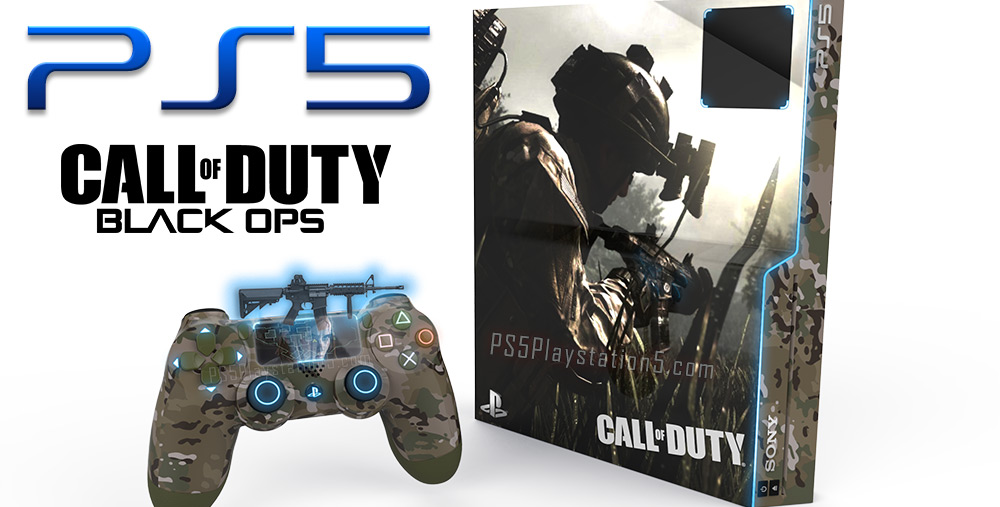 To facilitate a yearly release for the Call of Duty franchise, Activision constantly has three studios working on their own entries in the series. You have Sledgehammer Games, Infinity Ward, and Treyarch all working on COD, while other studios owned by Activision also pitch in where needed.

Since we know there will most likely be a Call of Duty release in 2019, new rumors are pointing to it being a next-generation title, namely a PS5 game. Beyond some speculation, we also have a job posting that points to this being a distinct possibility. It’s not airtight, but we’ll get to that shortly.

The 2018 Call of Duty release is Black Ops 4, or as they write it “IIII.” No, I don’t like it either, although I’m told it’s supposed to be tally marks. The most controversial aspect of this release is the sudden lack of a single player campaign.

Now, Activision will tell you this was purposeful, to make room for more zombies, more multiplayer, and of course, battle royale. While that excuse has made more than a few gamers angry (myself included as I think Black Ops has one of the strongest COD narratives), it could also be a result of extra team members being dedicated to the franchise’s PS5 debut.

Think about it, they suddenly cut out a mainstay feature and blame it on a fad like battle royale? It’s a little flimsy, but a greater focus on the next-gen COD title would make a lot more sense. Now, this is just speculation on my part, but we also have some hard evidence to take a look at: 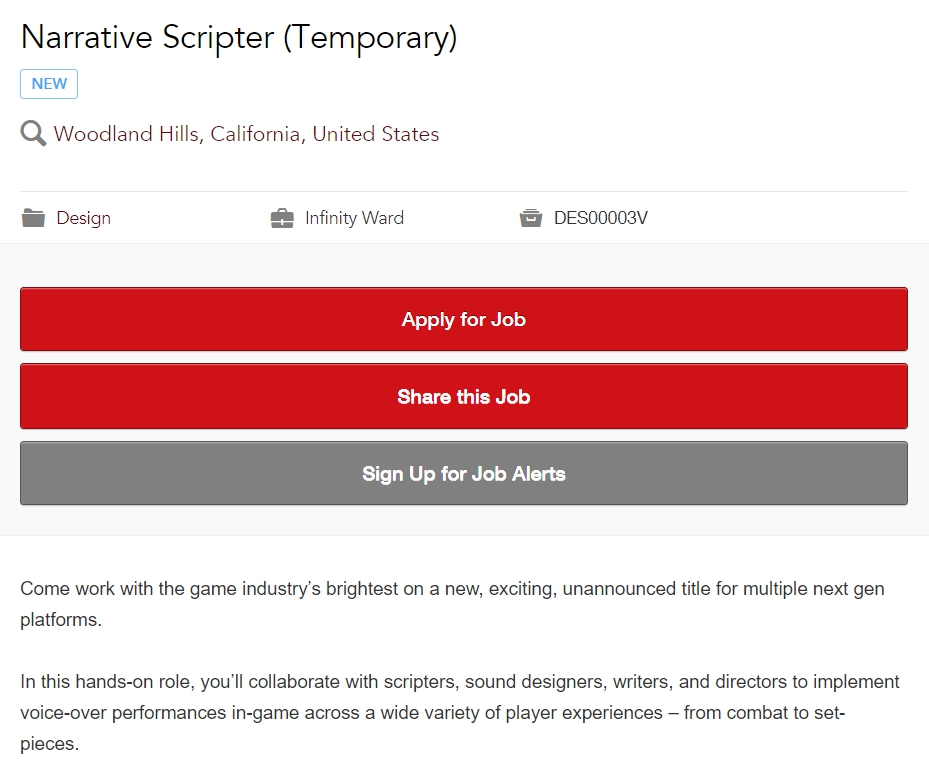 What we have here is a screenshot of a job posting with Call of Duty developer Infinity Ward. This is a post looking for a Narrative Scripter, but things get really interesting when we read the job description:

It may be unannounced, but pigs will fly with jetpacks powered by sentient toasters before Infinity Ward makes anything but a Call of Duty title. Diving deeper into the job posting, there are a few more clues that point to this rumor being a possibility.

Specifically, the job asks for someone who has a broad understanding of both single and multiplayer design, along with a passion for First Person Shooter (FPS) games. It also asks for someone who can handle dialogue pacing, and cinematic implementations of vocal performances, something you wouldn’t need for multiplayer. That tells us that this is indeed a shooter and that it has a single/multiplayer mode.

At the very least, this means that Black Ops 4 lacking a single player is probably a fluke, but if this rumor is true, it would lend credence to my theory that the campaign was cut to make room for people to work on this next-gen title.

Now, I know what you’re thinking:

“This could easily be for Call of Duty 2020 since Sledgehammer could also be working on a title in the series.”

Very true! That’s why I went digging to see what the pattern was between COD releases. If we look at the order of Call of Duty releases, there’s a clear pattern: Treyarch, Infinity Ward, Sledgehammer Games. They do this so each studio has 2 years to make their specific title.

Taking that pattern into account, guess who is up next? That’s right, Infinity Ward is on deck for Call of Duty 2019. There’s always the chance this title could be ported to PS5 in 2020, or that they are indeed working on a completely new franchise, but those are far less likely in my opinion. 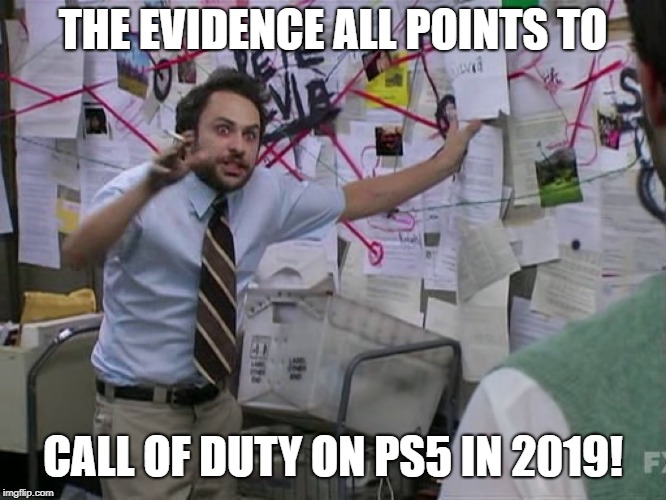 What do you think about this? Do you think Call of Duty could be a PS5 launch title, releasing in the holiday of 2019, or is there something else going on here? Let us know in the comments!