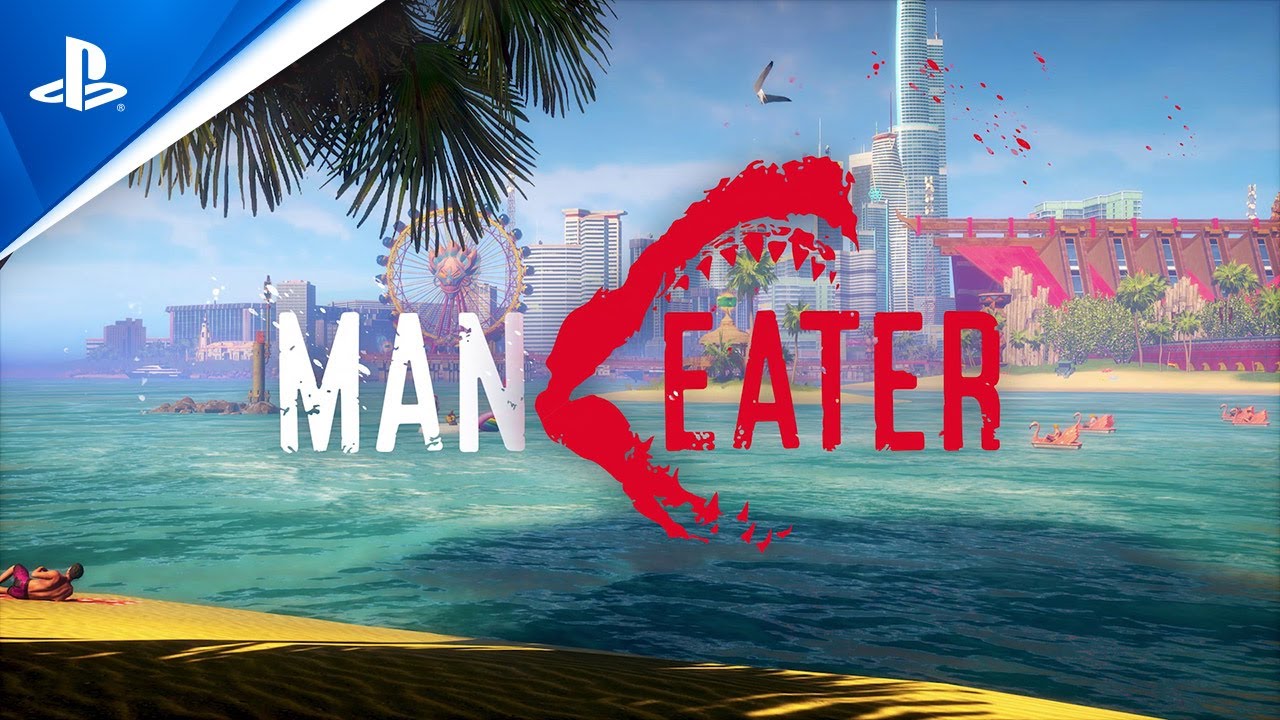 Maneater made a splash when it hit the PS4, offering a quirky, but surprisingly in-depth shark RPG experience that took me back to the days of games like Ecco the Dolphin, only with more blood. For those who owned the game on PS4, a PS5 upgrade is free, and for those who have a PS5, Maneater’s next-gen version is free on PS+ for January 2021.

Of course, hard drive space is precious on the PS5, so is Maneater something you should download if you’re a subscriber? Better yet, if you read this after January 2021, should you grab a copy on the new system? Time to bite into this unique experience and find out if it’s the Jaws simulator we all want it to be.

An Experience with Personality and Teeth, but Last-Gen Problems Remain

I played a chunk of Maneater on PS4 and enjoyed it for the most part. It does what’s advertised by placing you in the role of a young shark who lost its mother to a fisherman and took his arm in the process. The entire story is structured like a TV series, complete with a cheeky narrator and film-style cutscenes.

The humor is quirky and varied enough that it should appeal to most people. The narration is cynical and tongue-in-cheek, which I enjoyed. The jokes even permeate into the gameplay as you find hidden caches of nutrients, notable landmarks, and other collectibles like license plates. An early landmark find that had me laughing was a Cthulhu statue in the swamp zone that came with hilarious commentary from the narrator.

The story is more than you would expect from a game about playing as a shark, and the humor works well, but it’s not going to be the main draw of something like Maneater. The fantasy of being an apex predator, that’s the true draw here. Now, there are apex predators in Maneater, but when you finish the prologue, you won’t be one of them.

Beginning as a young shark, you’ll need to avoid things like alligators and munch on things like turtles and small fish. The progression in Maneater feels good, and skills become increasingly ridiculous as you go on, making you some sort of super shark. Bioelectricity and bone armor are just a couple examples of the upgrades you can expect.

While the progression and power ups are creative, the gameplay lacks the same level of excitement as you go on. Missions are often identical and involve killing a certain number of fish, predators, or people in a specific area. Encounters with fishers that come after you like mercenaries offer some unique battles, as do the encounters with apex predators, but the mission structure never really varies throughout the experience.

Even so, the sheer thrill of exploring the open world zones, finding collectibles, and getting into tense encounters with things like barracuda, alligators, and other sharks, is compelling. Hunting people can be especially satisfying if you’re a Jaws fan. You can throw yourself onto the land for a time and grab beachgoers to then pull them back into the water. Plucking them off their boats or floats is also satisfying.

Your DualSense triggers will get some use as your primary attack is the right trigger and you’ll need to mash it for each bite of your jaws. Other attacks like a tail whip help, but the lack of a true lock-on can really be frustrated as you dart towards your target, or sweep the camera around to look for their location so you can dodge in a timely manner.

Maneater also fails to really capitalize on the DualSense, with no major haptic feedback or trigger resistance to be found. It would have been great to see some of this in the PS5, or at the very least some tweaks to the combat that allows for a true lock-on. As it stands, the gameplay can become repetitive and the combat can be clunky or frustrating, but the overall experience is still quite fun.

A Fresh Coat of Paint, but Performance Still Struggles 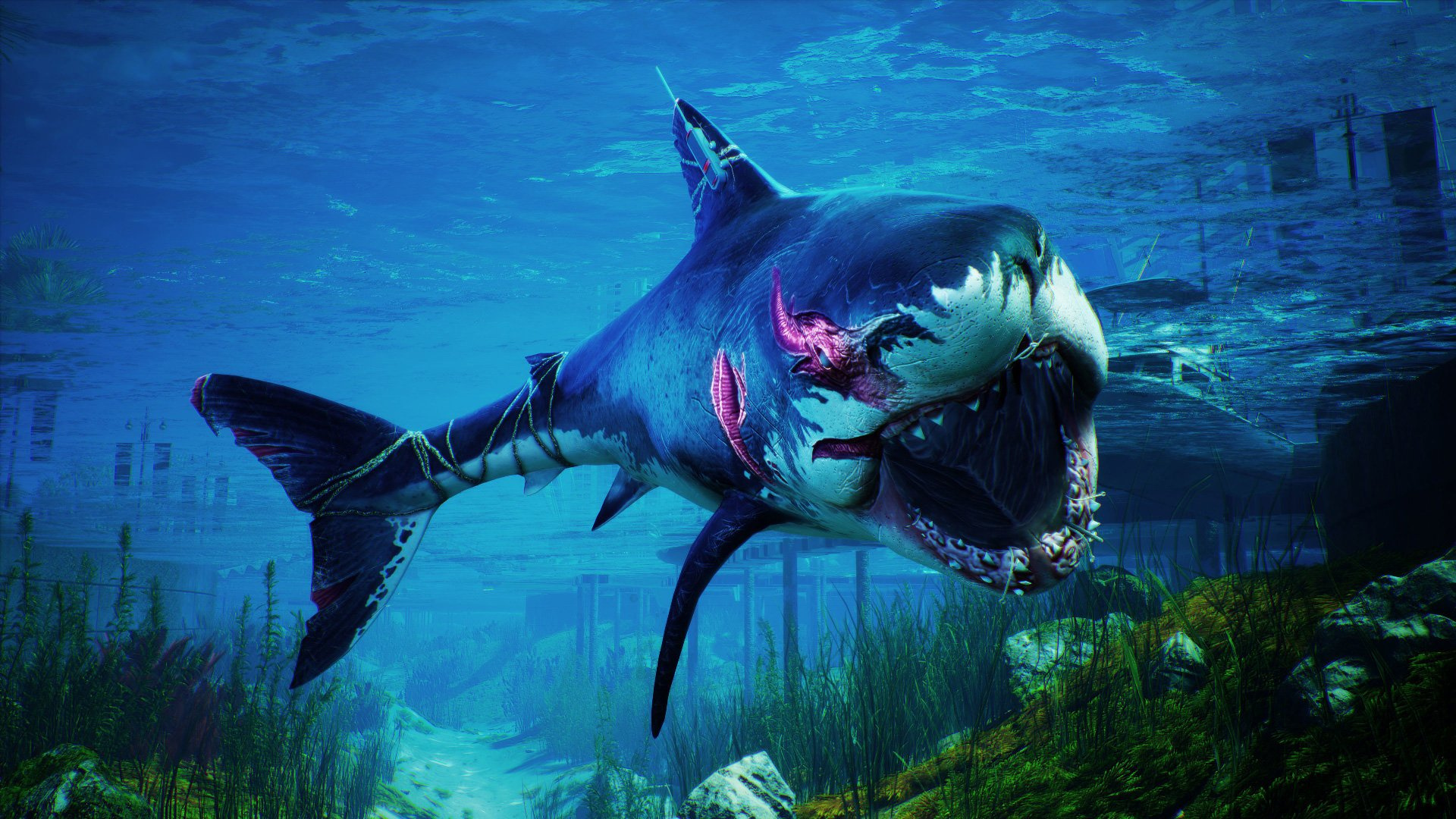 The PS5 version of Maneater provides full 4K, HDR, and relatively smooth gameplay. It looks awesome compared to the original release, but even after a recent patch, the frame rate still hitches during gameplay, which shouldn’t be the case in the next-gen version of the game. The colors really do pop with HDR support, and this brings the vibrant zones of the game to life in a big way.

As a free PS+ title, Maneater is an easy recommendation, flaws and all. The repetition may turn some off, along with the wonky targeting in combat, but those who enjoy the idea of playing a shark RPG, or want something fun to play in short bursts should absolutely check it out. With potential DLC on the horizon, even those who pay for the title on PS5 may find a reason to go for a swim as well.