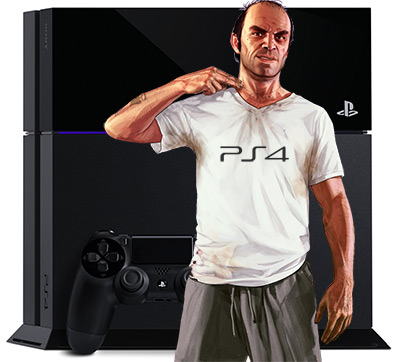 Wedbush analyst Michael Pachter is one of those people who you either love or hate. He makes a lot of bold statements about the game industry and about games in general. Some people clench their fists when he makes a sweeping claim about a game’s sales when it’s not even out yet, but others will take what he says to heart.

Now he’s talking about the PS5, so of course we had to lend an ear. He’s predicting the fall of consoles, which is nothing new, but what he’s predicting will replace them is another story entirely. Let’s take a look at his predictions and how Sony has reacted to them. This should be fun.

Michael Pachter took the stage during DICE Europe in 2015 and claimed that the consoles have hit a wall in terms of their growth. In his words: “The console installed base is as big as it’s ever going to get.” He believes that this generation will not surpass any previous ones, and a generation after that would do the same. No more growth, period.

Here are his predictions for this generation:

Pachter says that the surge of new gamers playing on their smartphones and on casual consoles like the Wii opens up a huge avenue for more people to play Sony and Microsoft’s games, but these experiences are out of reach since they don’t own a console to play them on.

All-in-all, pachter’s stance is thus: “So when I say that this console cycle is the last console cycle, the reason is that console games shouldn’t require a console. And I’m not talking about the cloud.”

No Consoles? No Cloud? Explain!

Pachter argues that games only need a CPU, a GPU, storage, and a controller. As smartphones and set-top hardware become more powerful, all of these thing will be present in devices besides the consoles. By the time the PS5 is supposed to release, Pachter says that “you’re going to have a CPU/GPU in your house that is connected to your television.”

He is of course referring to devices like the Roku box, Amazon Fire TV, or Apple TV which allow you to purchase and play apps on your television. Essentially, companies could develop games for this set-top devices instead of consoles and open up a huge avenue for new customers.

Pachter used a lot of examples to argue this point. If consumers don’t have to buy a console, they are more likely to buy subscriptions like Xbox Live and PlayStation Plus, along with games that can be purchased like apps. “How many people would play Grand Theft Auto if you didn’t need a console?” Pachter asked, “100 million. It’s crazy numbers. This just makes so much sense. It is going to happen.”

He went on to talk about potential plans for purchasing games as part of a subscription or on a case-by-case basis. He made a good point when he said that “there’s a market of probably several million people who would never buy a console to play the game, but would absolutely buy the game.”

It’s a fair point. Most people won’t buy a $400 console for a single game, but if they could just get the game, they would. Still, saying “it’s going to happen” is a little bold. What does Sony have to say about all of this? Time to find out!

A mere couple of days after Michael Pachter made these claims, the President of Sony Worldwide Studios, Shuhei Yoshida, responded to these claims during a livestream panel from EGX in Birmingham.

Here’s how he handled the sweeping claims:

“Michael is fun to listen to, right? (laughs)
We look at all of these analyst reports, and every year, from the same company, the forecast changes hugely, because of the things that happen in the year before. They change their prediction dramatically.

I don’t, you know, mind hearing something like that, because it’s so interesting… Consoles were announced dead for the longest time. Even at the time when PlayStation One was being worked on, some analyst said that PC games would dominate in the future and there would be no place for home consoles.

Every time these things are proven wrong, and as long as we have passionate people wanting to continue to play on game consoles, we will try hard to continue, and even make it bigger for the future.”

In all seriousness though, Pachter’s claims could be onto something. Sony would, technically, have a much larger customer base if those customers didn’t have to buy consoles. Even so, are people really ready for something like this? After all, Microsoft tried to make an always online console and we all know how that turned out.

What do you think? Should the PS4 be the last traditional console? Share your thoughts and theories in the comments below!