In April of 2019 Mark Cerny officially announced the PS5. The day we all hoped for! Before that Sony’s president and CEO, Kenichiro Yoshida has confirmed that there are plans for a successor to the PS4. Sony Interactive Entertainment America boss, Shawn Layden, officially confirmed that PS4 Pro won’t be the last we see of the PlayStation brand. Sony Interactive Entertainment chief exec John Kodera announced in May 2018 that the “PlayStation 4 is entering ‘final phase’ of its lifecycle.” And of course numerous sources have indicated to us the same.

The PS5 is coming, it is going to happen and it will be the best damn gaming console the gaming world as ever seen! For years we predicted a 2020 release date. Let’s find out what Sony’s planning, shall we? 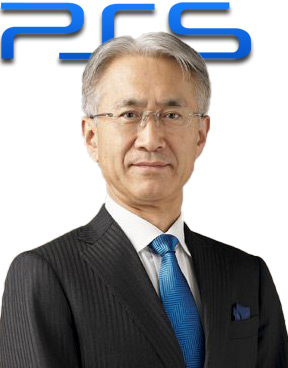 Speaking with the Financial Times, Sony president and CEO, Kenichiro Yoshida, confirmed that the company has plans for a successor to the PS4. In response to questions surrounding the growing smartphone gaming market, he said quote:

“At this point, what I can say is it’s necessary to have a next-generation hardware.”

While at the time he didn’t confirm the name “PlayStation 5,” this type of confirmation from a high-level executive is really all we needed to remove any remaining doubts about the future of the PlayStation brand.

Another update from Sony in regards to the PS5 came from the head of Sony Interactive Entertainment, John Kodera. During a 2018 Sony Corporate Strategy meeting, he told reporters that the PS4 was in the “final stage” of its lifecycle.

This could have meant a lot of things, but he went on to clarify some of Sony’s intentions when it comes to the future of the PlayStation brand. Wall Street Journalist reporter Takashi Mochizuki offered everyone a hint with a tweet from the event:

SIE head Kodera told analysts and investors that the period until March 2021 would be when PlayStation to "crouch down once" to grow further in the future.

Sony is planning on biding their time so they can really come out with something spectacular. The amount of time seems to be about three years from 2018, leading up to March 2021. It’s impressive that Sony is showing restraint and not rushing the PS5, but 2021 seems like a long time to wait for a new console.

Since consoles typically release in the holiday months, we believe the PS5 will come out in November of 2020. This would be slightly before the period described by John Kodera, but it’s less likely that Sony would wait until holiday of 2021 to release a new console.

Of course, there’s always the chance that the PS5 comes out in March of 2021. The Nintendo Switch had a similar release date in the beginning of the year and has since enjoyed impressive sales. This would be a major change from prior releases, but it’s not outside the question, especially if the PS5 is different than we expect.

A period between two and three years also falls in line with another rumor from a reputable source, which suggests that PS5 development kits are already being sent out. Marcus Sellars, a game journalist who has a knack for predicting major announcements before they happen, tweeted this recently:

Shawn Layden, head of PlayStation’s North American division, spoke with a German magazine called Golem.de and 100% confirmed that the PS5 is going to happen.

During the interview, Shawn Layden was asked about the potential of games releasing on the PS4 Pro exclusively. He insisted that such a thing would never happen. He assured the interviewer that the PS4 would continue to run the same games.

Alright, so the question then turned to the possibility of a next generation console. The interviewer asked if Sony would eventually turn to a PlayStation 5:

Golem.de: “That means you’re more likely to bet on a real PlayStation 5, whenever that’s going to happen?”

That day is getting closer minute by minute! While the conversation swiftly moved back into other PS4 discussion, this blatant confirmation of the PS5 is exactly what we needed to hear! With Microsoft moving forward on the Xbox One X, concerns were rising that Sony would also stick with these iterative consoles that are forced to play games on the older system, and the new one.

The thought of console generations going away is kind of scary. It would remove the inherent excitement and the leap forwarded that a next-gen console provides. Thankfully that’s not the case here, as Sony is absolutely preparing for another generation of consoles in the future.

Checking in With Industry Analysts

In the wake of the Sony Corporate Strategy Meeting NPD analyst Mat Piscatella weighed in with this thoughts:

I’m forecasting PS5 no earlier than fall 2020, which would mean at least 3 more holidays of big releases to enjoy on the platform, and a perfectly normal cycle length. Just because a next gen is mentioned is meaningless to the breadth and depth of content that is coming.

Like our prediction, he believes the PS5 will be here no earlier than fall of 2020. He also mentioned that he believes future generations will have more iterations that come out faster. That means if the PS5 comes out in 2020, we could see a “PS5 Pro” as soon as 2022.

Of course, that all depends on whether the PS5 is a traditional console. We’re still considering the possibility that the PS5 could be a cloud-based console that streams games.

We’ve also heard opinions from Wedbush Securities Analyst, Michael Pachter who is famous for his predictions in the game industry. His latest predictions come from the 1099 podcast Where he claimed that the PS5 will most likely make a debut in 2019 or 2020.

So, to Michael Pachter, it’s a numbers game. Sony could potentially shift their plans based on financial standing. Right now, Sony is still making money from subscriptions like PlayStation Plus and PS Now. With console sales slowing down, this is the primary source of income for them, beyond game sales.

If, for some reason, things take a downturn, it would make sense for Sony to accelerate their plans. That being said, I don’t believe they will make any drastic movements, as that could have ripple effects across development, marketing, and other areas of the company.

For more juicy news and details on the PS5’s potential date, check out our full release date page.

What do you think of these quotes? We want to hear your predictions about PS5, so tell us in the comments!