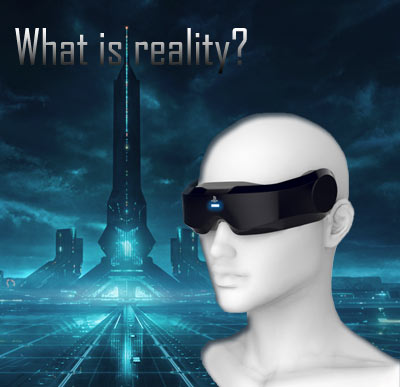 “From the point of view of science it’s a catastrophic idea, the purpose of science is to understand reality. If we’re living in a virtual reality we are forever barred from understanding nature.”

When we talk about video games, one of the main aspects of a great and engaging experience is immersion. We love to be pulled into the world of the game so much so that the world around us fades away. The concept of being fully submersed in the game world, be it through great atmosphere or virtual reality, doesn’t scare us. Do you know why?

It’s because we can leave whenever we want.

Games can be engaging, terrifying, frustrating, and many other things. No matter how much they pull us in though, we always have reality to retreat back to. Our real world may not be perfect, in fact, it makes us retreat into games to escape from it sometimes. What if it’s all the same though? What if the world you know as “real” is just a game too?

You may be shaking your head, and why wouldn’t you? You know this world is real, you can touch your computer screen, you can taste food, you can breathe air, you’ve grown up, you’re growing older. So many reasons flood to your mind, assuring you that this is in fact, reality . You may be right, but then again, you could be wrong. I mean, Keanu Reeves was pretty convinced The Matrix was the real world in the movie, wasn’t he?

Today, we’re moving past the PS5 and into another realm of philosophy. Today, we’re going to consider the reasons why our universe could be one giant simulation.

The Science Side: The Holographic Principle and String Theory

We know a lot of things about our universe, but in the grand scheme of things we know absolutely nothing. It’s frustrating to think about how much is still up in the air. For example, our current understanding of physics leaves a lot of unanswered questions about the nature of things like Dark Matter and Dark Energy. We don’t know much of anything about those two concepts, and yet they make up 95% of the total mass of the universe! 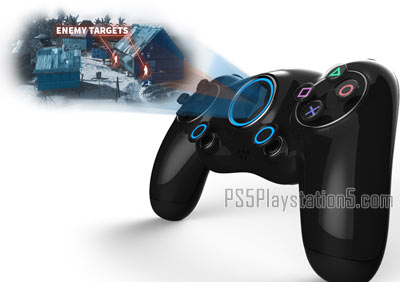 Without going to the point where we need a P.H.D to understand this, let’s move to a property of string theory called the “holographic principle.” This concept takes the idea that the cosmic strings in string theory exist in a lower-dimensional where gravity emerges in a way that seems projected or holographic.

When we look into the universe, we’re seeing only the light that has traveled this far. The farther away we look, the older the image is. Light travels insanely fast, but the universe is large enough for it to take countless years to reach us. There’s a certain point where we can’t see any further because that light hasn’t reached us yet. This point at the end of the observable universe is called the “cosmological horizon.”

The holographic principle says that the universe is actually two-dimensional information and the cosmological horizon is an image “painted” on the edge of our universe. This idea came about when scientists started exploring black holes and finding things that, for lack of a better term, didn’t make sense. For example, what happens to information devoured by a black hole? This problem is known as the “black hole information paradox.”

An experiment in our modern age began in August of 2014 and is expected to be completed a year later. Using a device called a Holometer, scientists are attempting to find holographic noise that would point to the universe being composed of “pixels” of information that are millions of times smaller than an atom.

The experiment is being conducted at the Fermi National Accelerator Laboratory. Fermilab physicist Aaron Chou who is the project manager for the experiment described what they are looking for by saying “If we find a noise we can’t get rid of, we might be detecting something fundamental about nature, a noise that is intrinsic to space-time. It’s an exciting moment for physics. A positive result will open a whole new avenue of questions about how space works.”

So if they do find a noise, and we’re one step closer to proving that everything we see is in fact a projection, does that mean we’re living in a giant computer simulation like The Sims? Possibly.

Nick Bostrom, the director of the Future of Humanity Institute at the University of Oxford, published a paper in 2003 that argued in logical terms, how our universe is in fact a computer simulation. It didn’t use science, rather a calm and philosophical approach that applied both logic and reason to the concept.

His paper doesn’t imply that we are living in a simulation, instead it presents three possibilities, saying that at least one of them is true. The following is an excerpt from his paper:

“A technologically mature “posthuman” civilization would have enormous computing power. Based on this empirical fact, the simulation argument shows that at least one of the following propositions is true:

We know that our current technology is moving forward at a breakneck pace. After all, we’re talking about the PS5 having things like 3D stacked RAM and virtual reality. If civilization somehow manages to survive for millions of years into the future, we will eventually have the technology to simulate an entire universe and make it indistinguishable from the real thing.

So, either we wipe ourselves out, (no simulation, no posthumans) we progress far enough to make this a reality and we do it, (we’re in a simulation) or we make it this far, but we decide not to do it. Perhaps for moral reasons (no simulation again). We’re already running complex simulations like these in the real world, and we have been in games for a while.

What about The Sims? Or perhaps Spore? Civilization? I could keep going, but I think you get the idea. We’re already a species that enjoys running simulations, so what’s going to stop us from creating what Nick Bostrom calls an “ancestor universe” in the future? More importantly, the question lies in whether or not we already have, in which case you and I are nothing more than circuits and data in a unfathomable supercomputer.

This isn’t meant to be scary or disheartening though. It can be, but just because everything may be data instead of actual reality, it doesn’t make you or your feelings any less real. Think about it, if there was a designer of this universe, perhaps they created a digital afterlife as well, one that is used for people who lived good lives with strong morals.

There’s no way to know for sure, but it does encourage people who lend credence to this theory, not to give up on life because it may just be a simulation. There are plenty of theories as to the “designer” of this supposed simulation and how to keep yourself interesting to them, but there could also be multiple simulations running on top of one another. Think inception, but with universes. The ones simulating us could also be simulations themselves, and no one would know.

Philosophers who submit to this concept are quick to point out that even if this were the case, it’s simply a metaphysical way of describing our world. Whether or not it’s true isn’t the point, the point is that you’re as real as you ever were regardless of whether or not you’re actually a hyper-advanced Sim.
Dr. Bostrom’s input on the odds is quite interesting:

“My gut feeling, and it’s nothing more than that, is that there’s a 20 percent chance we’re living in a computer simulation.”

Food For Thought: Some Things to Consider Before You Go

Now that I’ve successfully made your head hurt from all of this science and philosophy, I want to run a couple more concepts past you before we part ways. Think of these, as the title suggests, as food for thought. Something to consider as you go back to your daily routine.

1. Glitches in the Program?
While it’s safe to say that if our universe is a simulation, it’s very well made, (unlike some games lately) any program is subject to glitches, is it not? What about stories in our real world of ghosts, or supernatural events? Phenomenon that is difficult or impossible to explain could be the result of the simulation bugging out for a brief moment. Think about it.

2. The Anthropic Principle
For there to be life on Earth like it is today, everything had to be exactly right. If even a single atom was different, we wouldn’t be here. That’s one heck of a coincidence, isn’t it? The anthropic principle asks how this conditions came together so perfectly. Was it chance, or did someone plug these factors into a simulation the same way you create a map for a game of Sid Meier’s Civilization?

3. Parallel Universe Theories
Science has already theorized that there are infinite numbers of other universes beyond our own. Not yet proven, mind you, but if there are variations of our universe out there, it stands to reason that they are all “ancestor simulations” running various versions of this program we call life.

4. The Fermi Paradox
The Fermi Paradox is an observation that looks at the likelihood of other civilizations in the universe, based on the number of stars, planets, and solar systems, and compares it with the fact that we have yet to find or even see any evidence that we’re not alone in the universe.
There are other planets like Earth out there. Mathematically speaking, there have to be some. Not to mention, other civilizations would have mastered space travel within several million years, especially if they were more advanced, but we’ve seen nothing. The paradox can be summed up by simply asking Where is everybody?

Assuming the universe is a simulation, it could be that we were designed to be alone in the universe.

Some Final Thoughts From a Sim

The scariest part about this whole theory is that it has yet to be proven or disproved. Sure, you may shake your head and tell me that I’m nuts, or that Dr. Bostrom is nuts, but show me undeniable proof that this isn’t a simulation, will you? You can’t, but I can’t tell you with absolute certainty that it is either.

If you haven’t seen the television series “Fringe,” then you should watch it. In the show, there’s a part where a character describes Deja Vu by saying that it’s the universe’s way of telling you you’re right where you belong. That you’re in line with your destiny. Powerful stuff, almost like programming, isn’t it?

I want to leave you with a little joke that someone told me. Have you ever walked into a room and suddenly forgotten what you were doing? You’re feeling that because you’re a Sim, and whoever is controlling you canceled your action. Sorry, I love that joke.

The moral of the story? Well, I suppose this means the PS5 could end up being our next step towards creating an ancestor simulation of our own, filled with people who end up speculating what the PS12 will be like.

Regardless of the true answers here, I’d like to think that every version of the simulation has PlayStation consoles in some form. Thanks for reading, and don’t forget to weigh in with your theories, your existential crisis stories, and anything else you’d like in the comments below!