Watch Dogs, otherwise known as the hacker version of Assassin’s Creed in my household, has been a series that promised big things, but didn’t always deliver as well as it could. It started, of course, with the first game looking less impressive at launch than promised, but the second title was a solid one overall.

Now we have the most ambitious game yet in the form of Watch Dogs: Legion. Recruit anyone, play as anyone, and build your very own DedSec from the ashes of the old one. Too good to be true? These are my impressions of the PS4 version thus far while I wait for my PS5 to arrive.

The promise that Watch Dogs: Legion issued to players seemed too good to be true. How could they possibly make every single person a playable character? How would they differentiate them? Would they just end up falling into a few categories with no real differentiation?

Having played several hours of Watch Dogs: Legion on PS4 while I wait for the PS5 version, I can say that they’ve managed to (mostly) come through on this promise. The ability to recruit anyone you’d like is there, with some challenges for characters who aren’t huge fans or who need a little convincing, but the sheer amount of choice between people leads to some dips in quality as compared to prior games.

For example, my starting character was chosen based on his skillset, but the guy looked like a face painted version of Jared Leto and sounded a lot different than you would imagine. He didn’t really “feel” like a main character to me, and between the unconvincing lip sync and the odd look, I had a hard time connecting with him like I did with the character in the opening mission.

The story of course is that DedSec has been framed for a terrorist attack by a group called Zero Day, which has led to the London chapter of the group to fade into obscurity. One person is trying to bring them back together, starting with you. Meanwhile, a military group called Albion have taken over the city and implemented a regime that feels a little too close to reality.

It wasn’t until a short time into my playthrough that things started to click for me. The second person I recruited was better, but still not interesting enough to really grab my attention. Ironically, the person I didn’t like much at all ended up winning me over to this formula. They were the final opponent in an underground fight club that I did as part of a side mission, and a result I was able to choose them as a potential recruit.

They required a little more than just a favor. I needed a deep profiler upgrade to dig up some info on them, at which point I discovered that they were trying to fight back against the powers that be by destroying a weapon shipment. Naturally I infiltrated the place and took out the stash. I won’t spoil the rest of this one-off story, but suffice to stay, when I finally recruited this person that I originally didn’t like, I was pumped to have them on the team.

That’s perhaps what carries Watch Dogs: Legion beyond the scope of a gimmick stretched out into an entire game. That sense of accomplishment and comraderie that happens when you work to bring these people over to your side in the face of a totalitarian regime taking over your city. That’s when the game starts to feel personal and relevant.

Beyond this, the gameplay feels about the same as prior titles, but I will say that the driving feels better, the hacking feels more impactful and useful, and the side missions have more interest for me due to their potential to recruit new members.

The melee is more closely attuned to Assassin’s Creed and feels more interesting than what they did in Watch Dogs 2, especially with melee-focused abilities and recruits like the aforementioned fighter from the club. It feels like your classic Ubisoft open-world game so far, but the story is interesting and the recruiting mechanic is growing on me. I’ll have to play more on PS5 before a review happens, but suffice to say, fans of Watch Dogs will find the mechanics have found a welcome home in this new entry, though it hasn’t eclipsed Watch Dogs 2 for me yet.

Looking Good on PS4, but What About PS5? 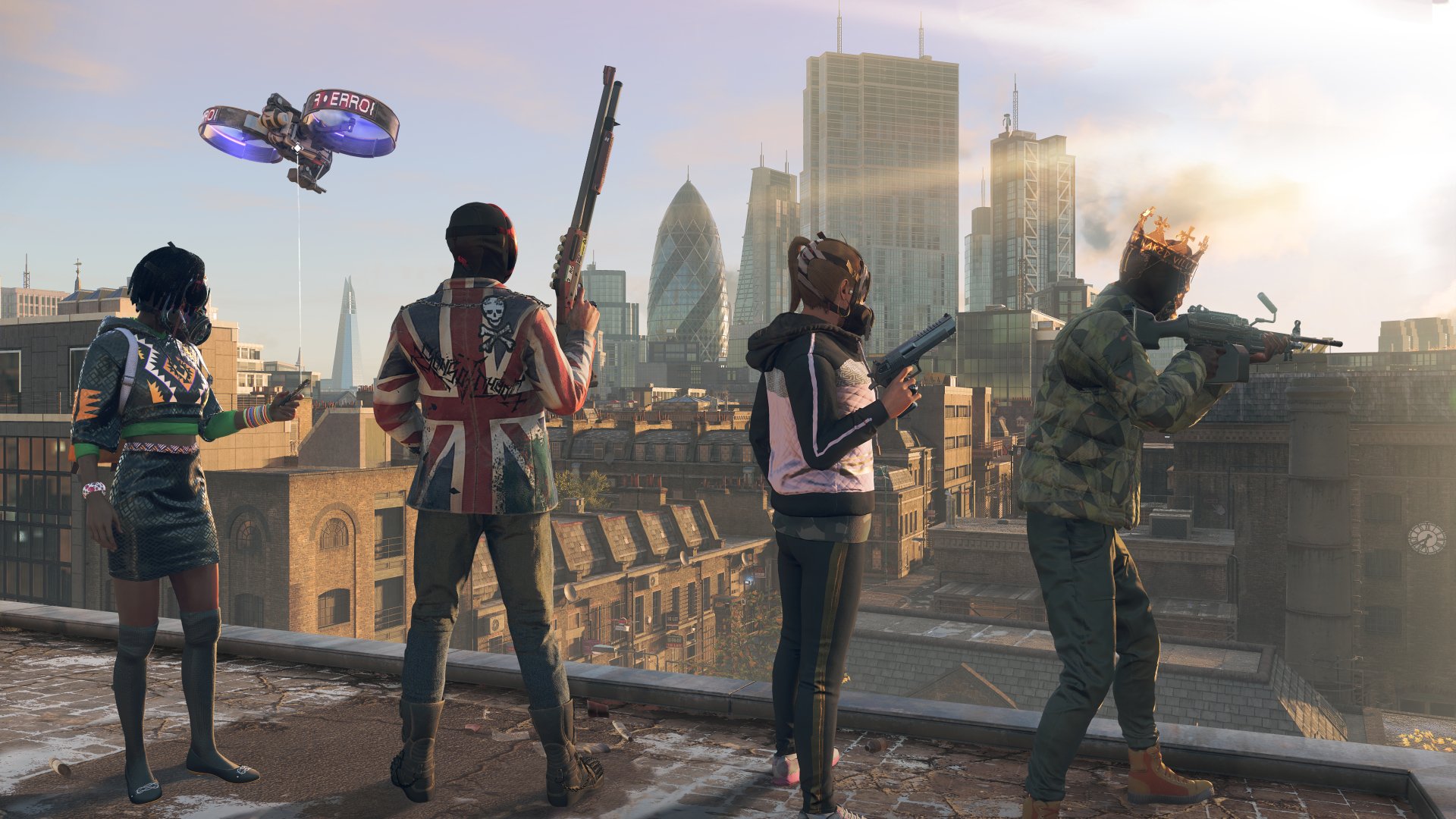 The PS4 version of Watch Dogs: Legion on PS4 Pro looks great on a 4K TV with HDR, but I have to wonder what the PS5 will do to the detailed city. The addition of ray tracing should be helpful for the numerous reflections on offer, but I’m curious if it will bring additional detail to the environments, which look good, but could potentially benefit from higher detail textures and effects.

As of this writing, we are mere days away from the PS5’s launch! Are you playing Watch Dogs: Legion now or waiting for the PS5 experience? Let us know in the comments!