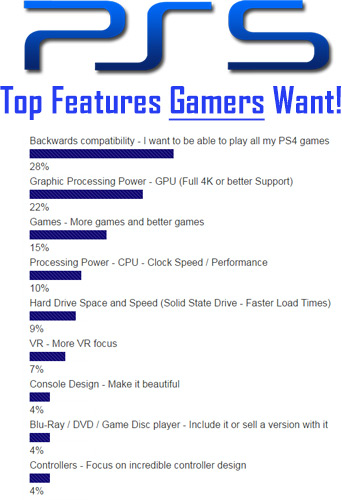 It’s well known that gamers have a loud voice when we band together. Companies like Sony listen to us when we tell them what we want from our consoles. That feedback is what makes PlayStation such an amazing console. Well, we decided it was time to ask you, the players, what you want on the PS5.

The results from our poll ( Vote! ) are in! It’s time to look at the top 9 features that you want on the PS5! We’ll also weigh in on how these features could manifest themselves on the next generation console from Sony. Let’s dive in!

The Top 9 Features Fans Expect to See on The PS5

We asked you to tell us what you expect to see on the PS5, and you delivered! The many came together to form one voice. Let’s find out which features are most important to you on the PS5!

Of course, when we talk about backwards compatibility, we have to consider how far back we want. PlayStation has a lot of classic titles from PS1, PS2, and PS3. In fact, the PS4 has already racked up several titles that will no doubt be remembered fondly by history.

PlayStation fans want compatibility as far back as we can get. There’s so many games we want to have access to on our latest console. Sony has made some progress here with PS2 Classics on PS4, and they’ve certainly done plenty of remasters to bring games like The Last of Us and God of War III to the new console.

For PS3 games, we have the streaming service known as PlayStation Now, but that’s yet another thing to pay for, and it’s selection is good but not overwhelmingly great. Meanwhile, Xbox players are getting more and more 360 games on their system for free if they already own it.

I have to give them a point for that, because it is the right way to handle backwards compatibility. Ideally, PS5 will take this approach where you can keep the games you own and play them on the new system. Digital titles will be accessible, and physical games can be inserted to validate them and add them to your library like Xbox does.

This feature deserves a top spot, so let’s hope it shows up in a way that benefits us all. The ball’s in your court, Sony!

Second up is graphics processing power with 22% of the votes. Any time there’s a new console, graphics are a major point of discussion. After all, power is the selling point of any next generation system. How much better will make games look and play on this system?

Microsoft’s upcoming console boasts 6 teraflops of graphical power, which is above even the PS4 Pro. An analyst named Damian Thong recently weighed in and said Sony would be releasing the PS5 with 10 teraflops of power!

That’s the equivalent of today’s top-shelf video cards on PC, so with another few years, that tech could reasonably find it’s way to consoles. With that kind of power, 4K wouldn’t be a problem. Graphics would look significantly better than they do now. Textures, lighting effects, antialiasing, 10 teraflops could do it all. Personally, we’re in between 8-10 teraflops, but regardless, it will leave Scorpio to pale in comparison.

What do we talk about after graphics? Yep, it’s games. Rocking a solid 15% of the total votes, this feature is something that Sony has been bringing since the launch of PS4. New exclusives like Horizon: Zero Dawn, Nioh, and Persona 5 are just some of the many titles that Sony secured on their platform.

With powerhouse developes like Guerilla Games, Naughty Dog, and Sucker Punch, Sony has no problems with their lineup. If anything, it’s the launch titles that will require special attention. Coming out of the gate strong is important, and that’s what I believe gamers want to see from this specific feature.

Ten percent of the votes went to processing power. All too often, this gets lumped in with graphics, but they’re two very different things. Graphics processing handles the way the game looks and the resolution. The CPU and RAM are the ones who put it into motion and calculate all those mathematical equations to make the game run.

Without a powerful processor to back it up, the graphics could look as good as they want, but the frame rate would be slow and sluggish. You need both to make the machine run well. Of course, PlayStation’s architect, Mark Cerny, knows all about this, so I have faith he will bring the heat with PS5.

The fifth contender is hard drive space/speed with 5% of the votes. With the release of the PS4, we saw games that were 50+ gigabytes in size for the first time on consoles. Even with the 500GB drives that came out, they filled up fast!

Thankfully, not every game is that big, but my PS4 Pro’s 1TB of space went pretty quickly despite being double the size. PS5 should, at the very least, have a 1TB hard drive, but I would argue that 2TB is more of a sweet spot for hardcore gamers.

Now, the speed of the hard drive matters as well. If Sony were to opt for a SSD inside the PS5, it would drive up costs. The trade-off, of course, would be faster loading times, but you pay more per gigabyte on a hard drive like that.

I’m not too worried about the type of drive, more so the space. That being said, SSDs are more reliable, so I think we would certainly welcome the option. 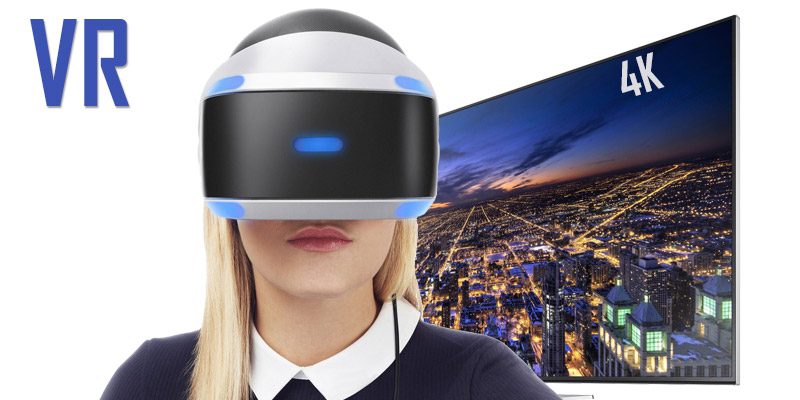 Virtual reality is still a toddler in the realm of technology, but it earned 6% of your votes in the poll. There’s a lot of argument as to whether VR will take off, but I’m convinced that Sony has found the sweet spot this time. Bringing the Move controller back was a smart move, and incorporating the camera created a trifecta of peripherals that all suddenly found purpose.

VR is one of those things that you won’t believe until you try it. Naysayers are often the very same people who have never experienced it. We’re confident Sony will win the VR war with their PlayStation VR headset and it’s successor on PS5. So far, sales are very strong on the headset, so I’m with you all on this being a feature we need.

You know, console design isn’t a make-or-break scenario, but it does help to have a sexy looking system in your entertainment center. You agreed, with 4% of the votes going to the design of the PS5. The PS4’s design was pretty sleek and, while the PS4 Pro has been compared to a Big Mac in it’s triple layered design, I still dig that model as well.

Honestly, I would mind a glossy finish on the PS5. Bring back some of the style that the PS3 had, which of course was also compared to a George Foreman grill when it first released. People will always have their laugh, but I think a striking design with a glossy finish would be sweet for PS5.

Of course, you could also check out the excellent PS5 concepts from Danny Haymond Jr. that we have and see what you think. 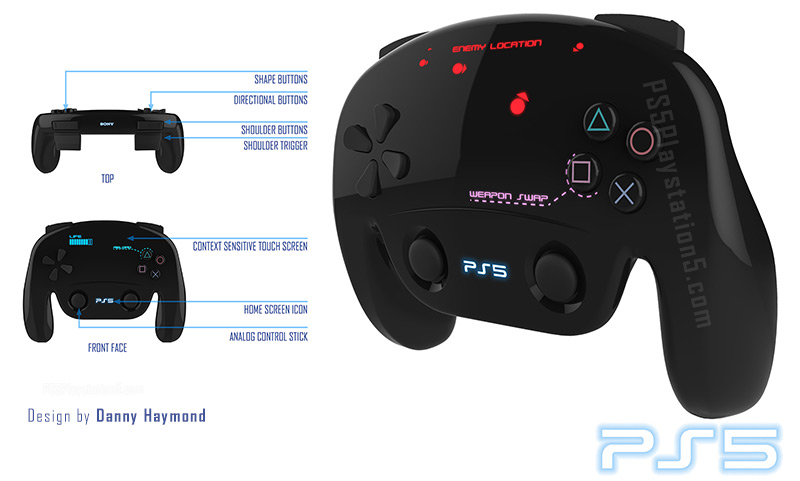 The design of the controller would be more important for me, but you decided to place it beneath console design with 4% of the votes. No problem, but this is an important feature. The DualShock 4 is perhaps the pinnacle of controller design, but we all like new things.

I think Sony will try to one-up themselves again with the PS5’s controller. They’ll keep the basic layout the same (or risk riots), and add something new. This time around, we got the touch pad, and the lightbar. What’s next? Time will tell.

Or perhaps we’re finally accepting a digital future for our games? I know I like the convenience of it, but I still have a place in my heart for a fresh, physical game. That new game smell will always be special to me.

There you have it! The top features gamers expect on the PS5. Is this how you expected things to play out? Did you vote in our poll? Let us know in the comments!