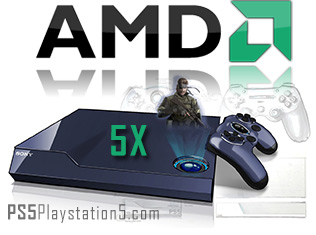 A large part of the console war is the struggle for power. We love to argue about which system is going to be more powerful. Take the arguments for this current generation for example. The debate over Xbox games being 900p and the PS5 games being 1080p threw tons of fuel onto an already raging fire.

It doesn’t matter if you’re a PC gamer or a console gamer. Either way, you’re going to want the most power possible. Deep down we’re all lovers of great graphics and gameplay. So, if someone is promising more power than we’ve ever seen in a console, it turns some heads.

Power is the name of the game, and from the looks of it, we’re in for quite the treat when the PS5 releases. AMD, the manufacturers of the current consoles APU chipsets, has come out with some bold claims about when the new consoles will be here, and what kind of power they’ll be sporting.

How does Five Times the Power Sound?

No one manufacturer has been chosen to supply chipsets for the next generation of consoles, but AMD is pretty confident they will be the ones to do so, seeing as how they’ve been the go-to company for some time now. AMD is developing a new type of architecture called GCN that they believe will be able to put out five times the performance and watts of the current generation.

The idea is to make massively more powerful chipsets that still use the same amount of power. As if that wasn’t shocking enough, they also believe they’ll be providing these chips to console makers by 2018, which puts the PS5’s release somewhere in that time frame.

The PS4 is currently enjoying massive sales and sports the most powerful graphics hardware currently in a console. This new technology that AMD is working on opens up the possibility for a more powerful PS4, a PS4.5 so to speak. The PS4’s X86 architecture makes it much easier to offer an upgrade than the PS3 which was entirely different with its cell processor architecture.

Don’t get too excited though. AMD doesn’t have plans to start making new APU’s until 2018 so it’s not likely that we’ll see a more powerful PS4, but the possibility of one with more energy efficiency and less heat output (i.e a “slim” PS4) is definitely on the table. 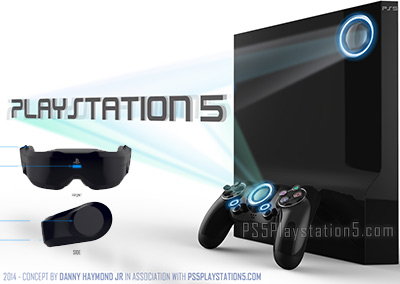 AMD has also said that they’ll be shifting a good portion of their focus to VR or virtual reality. This lines up perfectly with the development of PlayStation VR (previously Project Morpheus). Of course, the current generation of consoles aren’t powerful enough to power virtual reality with the level of graphics we expect.

Sony is working wonders with their PlayStation VR tech demos, but we won’t be seeing The Order: 1886 on VR this generation. An example is that the PS4 would need to be three times as powerful to run an Oculus Rift with 2160 x 1200 resolution and 90 frames per second. Of course, those are some souped up specs, but if AMD can truly bring a chipset with five times the power, then it wouldn’t be crazy to assume that the next generation will be based in VR.

By 2018, AMD’s new chipsets will be perfectly poised to power VR, making AMD the natural choice to power the PS5. How is all of this possible you ask? Let’s take a look at what GCN architecture really means.

GCN architecture is a new design from AMD that represents the first time they’ve developed a consumer GPU designed specifically for general computing. This new design approach allows for more power, more efficiency, and ultimately better performance. That’s the goal of any architecture: to increase the efficiency while keeping the power at the same level, or higher than before.

Simply adding more transistors to a GPU can raise the possible performance of the chip, but without the proper design, the extra transistors can’t be used to their fullest potential. In terms of the actual visual quality, GCN brings three new technologies to the table:

Let’s start with PRT. We’ve all noticed that the textures in many large game worlds tend to repeat on the ground or in backgrounds. This is because many GPUs can’t handle large texture files. PRT is able to do this with textures up to 32 terabytes in size! It does so by streaming the textures to GPU as they are needed.

In regards to AF, this is a common feature that filters textures to make them look sharp regardless of your distance to them. The process itself is handled differently with each GPU, and the GCN architecture is designed to perform above and beyond.

DirectX 11 introduced Tessellation to the world of gaming and continues to innovate. This feature allows details to be generated on the fly, but it can be taxing on the hardware. GCN has improved efficiency to make this featured work better than ever before.

In addition to these new features, an increased efficiency ensures that all of these performance boosts don’t come with a massive power bill. The power draw changes depending on the level of taxation on the hardware. This is another major obstacle for developers. No one is going to want the PS5 if it adds another $100 to their power bill each month.

What do you think of this new technology? Do you want to see a VR-focused PS5? Share your thoughts in the comments below!