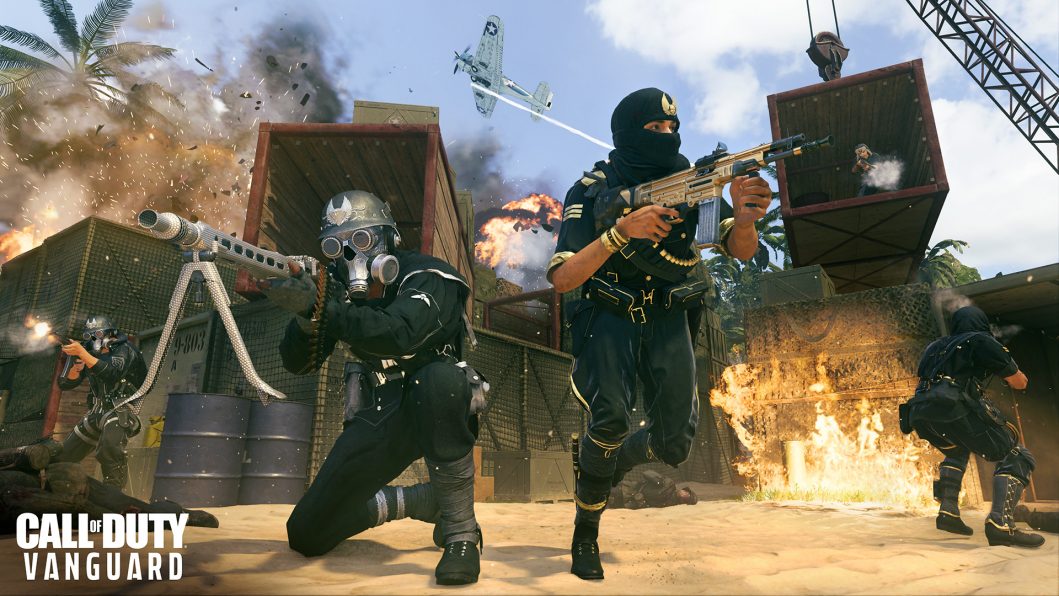 Welcome to part three of the Call of Duty Vanguard review! In the final section of this review, we’re going over the most popular aspect of the CoD series… Multiplayer! We love to play it and love to hate it! At least that seems to be the ongoing trend when it comes to CoD titles. So, without further ado, let’s get started!

Call of Duty’s Vanguard multiplayer variant is alright. It’s definitely not anything that stands out in the franchise. It feels rather plain and already done a bunch of times over. On the one hand, everyone seems to want the game to change, but everytime it does, people complain. On the other hand, everyone seems to get upset when it feels like another copy and paste. While it may be the best selling video game year after year, the developers just can’t seem to win us over no matter how hard they try.

As far as I am concerned, Vanguard isn’t anything new and it is disappointing in the sense that this game was delayed last year and they put 4 years into this one. Granted, Sledgehammer Studios had a lot of changes in personnel including leadership, but I can’t really excuse the lack of innovation this time around. Not after 4 years. I will start you off with the good and work my way down to the bad. Keep in mind, this my opinion and it doesn’t have to line up with everyone else’s and it’s not meant to be insulting to those that thoroughly enjoy the game. 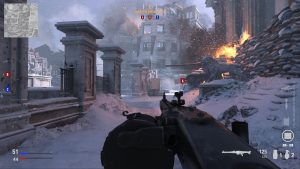 Graphically, this game isn’t special on any platform. It’s obviously better looking on a PS5 versus a PS4, but not enough of a difference to really care. It’s smoother looking and all, but it may as well have been released on the PS4 and forget about current Gen platforms. It’s not bad, it just doesn’t live up to expectations.

Audio is pretty good with this title. Footsteps sound much better than they have in recent years. I can tell the difference between my teammates and my enemies when playing matches and that’s pretty important to me. When I’m rushing to the other side of the map to find the enemy team, it helps to hear them coming in from any direction. I don’t use my mini map like I should, so I don’t always look up and notice the blue friendly markers.

I feel like the sound of guns firing weapons and kill streaks has been brought back to a level it needs to be on. Since Modern Warfare, I thought the sound effects were too much and overpowered everything else in my headset and even though I made adjustments, it was still a bit much for me. I know I’m not alone in this opinion, but I also know there’s a good amount of players that disagree with me as well. All that being said, I’m definitely happy with the audio settings.

Controls work just fine. Not that I’ve had problems with controls in the past. Everything is responsive as it should be. As far as I can tell, there is no ping system, but maybe I haven’t figured it out just yet. That might be the only thing I miss right now, but it’s not a deal breaker by any means. If anything, it’s less of a distraction.

All in all, it’s Call of Duty and I think most of that have been playing since the start of the franchise have given up hope on the glory days of skill based game play. It is fun though. So long as you allow yourself to enjoy it. So far, I feel like the game has more run n gun players this time around than we saw in Cold War and Modern Warfare, so that was refreshing, but that’s the players and not the game, so I can’t give props to Sledgehammer for that one.

I give the Multiplayer variant of Vanguard a 7 out of 10. It’s not great, but it’s good enough. I am curious about what others are eating this game, so let me know your thoughts on the title and share them in the comments. Thank you for reading up and as always, I will see you online!