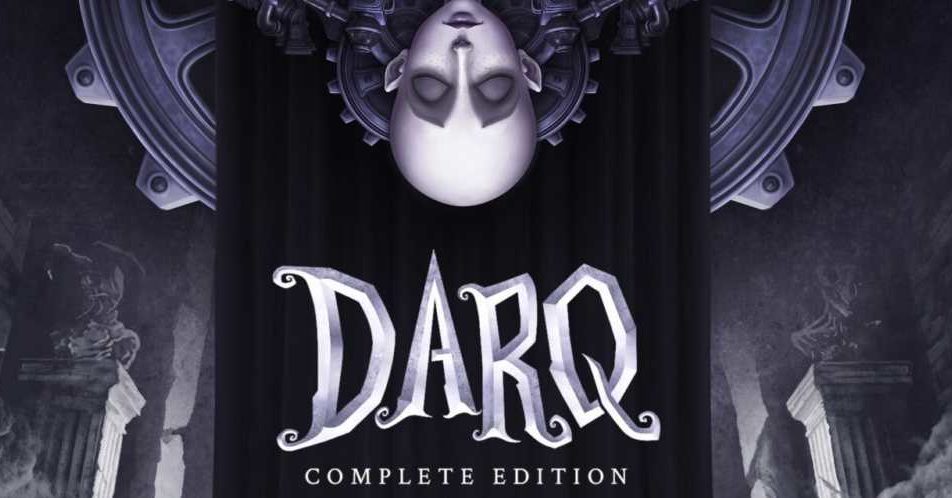 Nightmares are the perfect subject for a horror game, but puzzles within dreams can often be difficult to get right. After all, nearly everything goes in dream logic, and the basis for dreams leaves you with endless possibilities. What works in the real world may not work in a dream, or it could behave completely different.

Now that I’ve tied your brain into a knot, let’s talk about DARQ Complete Edition, a horror-tinged puzzler for PS5 that combines the base game with two DLCs. As a young boy trying to survive his terrifying dreams, should you follow him into the dark, or should you just leave him be? Let’s find out!

A Game About Nightmares Where Dream Logic Reigns Supreme

DARQ Complete Edition is a game about a boy named Lloyd who has recently become adept at lucid dreaming. Unfortunately for him, his dreams on a nightly basis are consistently nightmares that put him in twisted environments and force him to face terrifying creatures to survive the night.

That’s about as far as the story goes here. On the one hand, I like the open-ended nature of the gameplay, and to its credit, the style and atmosphere are excellent. The lack of story also plays well into the pacing, allowing you to quickly jump from one night to the next since there’s not anything to do in Lloyd’s house area.

It’s a double-edged sword though, because the superb style and atmosphere beg explanations. How did he become so good at manipulating his dreams? Where are his parents? Shouldn’t somebody replace those boards with an actual door in the stairwell? The game never offers any real answers or context behind everything, but the ending of the main game and the two DLCs do offer plenty of fertile ground for theories when you sit back and take it all in.

For fans of games like Limbo, Inside, or Little Nightmares, DARQ Complete Edition is a game that has as much or as little story as you’d like based on your own takeaway. The game never tells you what it’s about, but it’s clear that it was crafted to convey some sort of meaning. It’s not a style that works for everyone, but for me I enjoy a little more story or context where possible. I’m not above speculation, and I enjoy it, but I felt like DARQ Complete Edition could have left a few more breadcrumbs to round out its narrative.

Story aside, DARQ Complete Edition is a puzzle game at heart, with some light stealth mechanics throughout each chapter. The base game isn’t terribly long, but the addition of DLCs in this package helps things feel more fleshed out. The puzzles themselves are usually spread across the level, requiring you to gather the correct items or navigate via switches and levers.

One particularly mind-bending aspect of DARQ Complete Edition is the way you can walk along walls or ceilings at your leisure. The way LLoyd presses his hand against the wall just before you press X and watch the world rotate around you never gets old. This also plays well into the environments, which often allow you to adjust your perspective backwards or forwards, alongside your ability to walk in every direction and on any surface in a lot of cases.

Puzzles are solid without ever feeling unfair. Dream logic does play a roll, but I was able to make the leaps mentally without too much trouble. A letter T, for example, makes sense as a lever, while it’s not outside the realm of reason for a wristwatch to become a bridge in the right scenario.

The stealth in the game makes sense from a horror perspective, but in many of the cases I didn’t find it to be that enjoyable. This is mostly due to enemies moving quite slow, resulting in you sitting quietly in your hiding spot until they pass without too much fear.

Other enemy types did work for me though, particularly the lampshade creatures and the the woman in a wheel chair. I won’t give away their secrets, but suffice to say their mechanics served to ratchet up the tension in a good way that added to the overall horror quite well.

While I wouldn’t call DARQ Complete Edition a terrifying gane, I would say that it’s scary, thanks to the aofrementioned enemies and the thick atmosphere. I would have appreciated a little more story and context, along with deeper puzzles and stealth, but there’s no denying that what’s here is mostly ingenious and engaging throughout.

Your Choice of Presentation, but Both Look Great

Playing DARQ Complete Edition on PS5 offers you the choice of two modes: 4K / 30FPS and a 60FPS option in the settings.The difference isn’t huge, but you do notice the sharper resolution on a big screen. That being said, the 60FPS mode, as they often are, is incredibly smooth. The game performs like a dream in either mode, so it’s really personal preference.

While the adaptive triggers aren’t used at all on the DualSense, the haptic feedback and overall vibration aspect of the game is well done and adds immersion (you’ll need to turn it on in the settings though). Despite my thoughts on the story and gameplay, the presentation here is superb, with excellent animation and wonderful cuts between perspectives that give the game a unique visual identity.

Fans of horror games like Limbo or Little Nightmares will feel right at home playing DARQ Complete Edition, and for them it’s an easy recommendation. While it doesn’t quite hit those same highs, it’s certainly worthy of being discussed in the same sentence as those genre titans, and well worth your time as a whole.