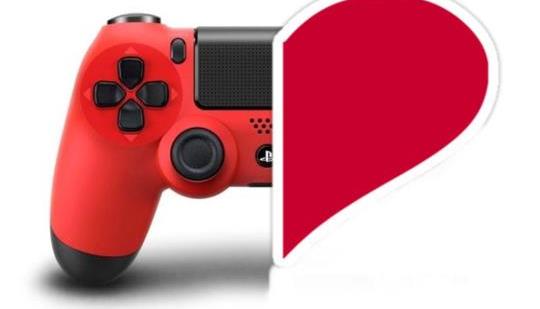 Valentine’s Day is upon us and it is celebrated by couples all around the world. Gamer couples alike also celebrate this fun holiday in whatever gaming fashion they may choose, but what about single players? Not everyone has a player 2 to celebrate with for whatever reason, but why should they not indulge in a little bit of single player enjoyment?

For our friends that will be playing Valentines Day solo this year, I thought I would drop some noteworthy games to play alone on Valentines Day! In no particular order, here are my top 7 recommended games for you to play on your PS4.

Insomniac games rally went above and beyond with Spider-Man. In my mind, this is easily the best Spider-Man game to date. That could be thanks to the advanced technology developers work with these days, but the story is great and the web-slinging is superb. Even if you have already played through it, Spider-Man is an awesome game to revisit.

Horizon: Zero Dawn was a massive hit on PS4 back in 2017. With an excellent storyline to follow, beautiful graphics that offer a superb landscape, good gameplay mechanics and some rpg elements, the devs over at Gorilla Games really brought forth an instant classic for the Action – Adventure genre. It’s only a matter of time before we start hearing about the sequel, but for now, the original will do just fine. I mean, how could this not make the list? Bringing us back to 2018, it should be no surprise that God of War was a huge hit for Santa Monica Studios. Not everyone liked that Kratos was bringing his young son with him on his next playable journey, but I rather enjoyed fatherhood through the eyes of Kratos. Not to mention the story would have been totally different without the boy, and it was a good storyline. Kratos is a fan favorite character for many PS4 owners and the solo campaign that God of War offers is one well worth playing. I mean, not everyone that is player one on Valentine’s Day is happy about it so, maybe a little RAGE is in order? This First Person Shooter delivers a post apocalyptic open world that reminds many of the Mad Max movie franchise. Cruise around in destructive vehicles and hop on out to eliminate enemies on foot weapons of mass destruction and in some cases, weapons of mass hilarity. Release some of your single player rage with RAGE 2 this Valentines day. Feeling like a Desperado? Roam the Wild West on horseback and complete enough missions to keep busy for the rest of the month. Rockstar Games is considered the golden standard when it comes to telling stories and open world games in the industry. The developers spend years creating and updating their games and Red Dead Redemption 2 is no different. With a story crafted to appease even the most critical gamer. You’ll enjoy riding horseback, hunting, fishing and even robbing and killing some folk out in the west. Saddle up Cowboy or Cowgirl! It’s time to ride! 6 Dark Souls 3 or BloodBorne or anything from the DS Series.

FromSoftware is one of my absolute favorite development companies in the gaming industry. While the storylines can be confusing for newcomers, their stories tend to be a little eerie and if you like to rush through, you will find yourself dead on arrival. The games are considered some of the toughest out there, but there is a fine line between difficulty and paying attention… word to the wise, check your environment.

Days Gone is a fun game, but it can feel repetitive after the first 12 hours of gameplay. Well, don’t hop your bike just yet, cause it should take you a lot longer to complete than a mere 12 hour run. Survive a world infested with people that have been exposed to some zombie level disease and kill what you can. Enjoy an open world while cruising on your motorcycle and completing story missions and side quests throughout the game. Don’t forget to fill up your gas tank. Well, there you have it. 7 great video games to play solo on Valentines day. If you get tired of playing solo, there is also a slew of others that will likely be playing multiplayer games on Valentines Day so, you could always hop on over to Call of Duty or Apex Legends for a while. What other multiplayer games would you recommend?