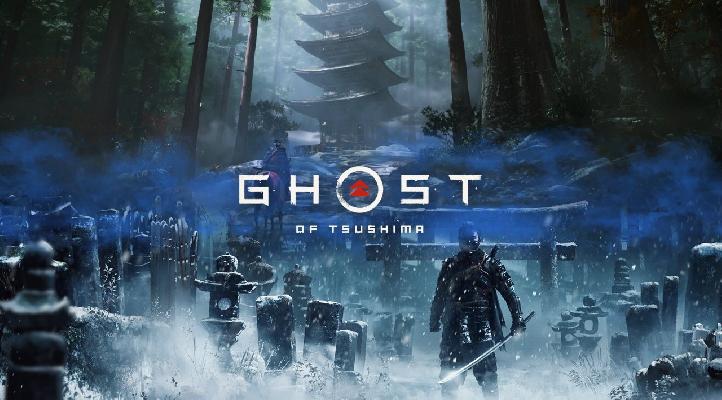 There is a lot I want to say about Ghosts of Tsushima, but to get us started, I would like to point out something that Ghosts of Tsushima is not. It is not like Dark Souls or Sekiro: Shadows Die Twice, from developer FromSoftware Inc. 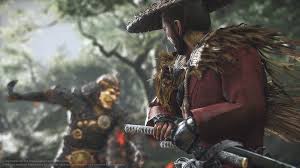 Months before Ghosts of Tsushima released, the opinion of the internet was that this game tite would be similar to the games FromSoftware have developed, but it really isn’t like that at all. Ghosts of Tsushima does not offer the same depth. The controls are simpler in several ways. Even if you were playing Dark Souls as a hack n slasher without strategy, you would still find the learning curve of Ghosts of Tsushima to be simpler. So, if the reason you haven’t played it is because you aren’t a FromSoftware fan, you can take that reason off your list, because they are very, very different games.

Now that I got that out of the way, let’s take a look at what Ghosts of Tsushima really is. It is a solid game that has the potential to be a 10 out of 10, but it has its share of things that bring the score down a little. I am not paid to tell you what the developers want you to hear, I am paid to tell you how I feel about the game and with all due respect, opinions differ. So, bear with me here and hear me out.

The story is amazing. The story itself is very well written and doesn’t leave you feeling in the dark about what’s going on. Granted, it does reveal itself at times when you might start to wonder where the story is going, but before you find yourself confused over it, things reveal themselves to help make sense of it all along the way. Without spoiling the story, I’ll sum it up. You are a Samurai that is on a mixed path of emotions. A Samurai that is hell bent on revenge, loyalty, protecting those that cannot protect themselves and dare I say, out for justice? As to why this is the path of our Samurai, you will have to play it or read a spoiler review in order to get that info and I’m sorry to leave you with a cliffhanger, but I don’t want to spoil it. This really is a story that I feel people should experience themselves. Yes, I found the story to be that good.

Now, a game without a good story is disappointing and can make a game seem meaningless, but we have to remember that it’s not just about a good story, just good graphics don’t make a good game alone. There are plenty of things to factor in and I will do the best I can to point out the good and the bad. So, in regards to graphics, I have to say Ghosts of Tsushima does not disappoint. It is very beautiful and has a great attention to detail. Unless you’re playing on a 1983 tube tv, there shouldn’t be any graphical complaints. 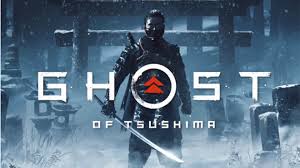 The audio is also very good. The music is very fitting to the tone of the game and the sound effects from what I could tell, all matched up well and I didn’t notice anything that was out of place. All too often we overlook game audio when it’s good audio and don’t appreciate it like we should, but we tend to notice when audio is bad and call that out, but I am trying to remember to give credit where it is due and the audio in Ghosts of Tsushima deserves a nod.

The game is an open world title and it might not seem like that when you’re first playing, but once you get through the beginning and have a better understanding of who our protagonist is, the world does open far and wide. You have the main story and then you have side quests. Plenty to see and explore and that is what an open world offers us. While parts of the game feel forced and at times I felt like I wasn’t being the choice to play the way I want to, it was also made this way in order to keep us focused on the story, although there is more than one ending to the game.

The controls are tight and responsive and as I stated in the beginning, they are rather simple. You will learn more skills along the way and be able to upgrade equipment as well. While it doesn’t offer all the elements of an open world RPG, it still offers plenty. From what I can tell, the only difference you’ll see with difficulty settings is the harder your settings, the more health your enemies will have. I played through on easy, medium and hard, if you will. I did not complete the game on hard, but i still wanted to see just how difficult it could get and didn’t really do much. It was just that, a little harder to down enemies and did require me to take a more strategic approach.

So, all these good things I mentioned and I said earlier this game could have been a 10 out of 10, but I clearly made it a point out that is not the score it will receive from me. In other words, let’s take a look at a few things I feel bring the score down a notch. 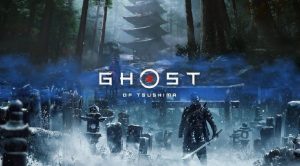 Repetitive sweating… I know that sounds like an entitlement, but hear me out. When I’m watching cutscenes (and there are a lot of them), I can’t help but notice my character keeps sweating in the same way over and over again. I’ll see a bead of sweat start to run down his face and the scene might cut to another character for a moment and then pan back over to him. The panning back and forth doesn’t stop the sweat from dripping down his face, so it is realistic in that sense, but almost every time that bead of sweat finally drops from his face, the exact same bead of sweat starts over like I just put my favorite song on repeat. I’m not trying to nitpick, but man, I couldn’t unsee it once I noticed it. It was a little annoying, but maybe that’s just a personal issue I need to evaluate about myself, but for now I’m just allowing myself to be annoyed with it rather going on some self reflection binge looking for answers, lol.

Cutscenes… This game has so many cutscenes that the cutscenes have cutscenes. I don’t think I’m exaggerating that opinion, because that’s sure how it felt to me. Yes, cutscenes are important for story telling, but you can’t even skip over them. I don’t like to skip cutscenes when I am playing a game for the first time, but I have reached my third playthrough, I kinda want the option to skip them. Skipping cutscenes seems like a feature that should be standard in gaming at this point. The option to do so doesn’t mean we’re all going to skip it based on our opinions on something we didn’t fully experience, but the option is always nice to have.

My last real complaint is loading times. I suppose it’s safe to say that when next gen consoles finally arrive, we can look forward to much faster loading times, but this current generation did not improve much in this department and I can’t really blame the developers for a problem that seems to be platform based. I just felt like the loading times were a little longer than what I am used to. Take that one with a grain of salt though, because I don’t think this takes away any points from the overall score.

So, by now I’m sure you’re wondering what my final score will be. Without further ado, I rate Ghosts of Tsushima with a 9.5 out of 10. It is a very solid gae and the devs over at Suckerpunch should be very proud of the game they have created. I love samurai lore and this game really hits the spot for me. While it might not be for everybody, there is just no denying that this game deserves some praise. Sadly, I don’t think it will receive that praise, but time will tell.

Thank you for reading my article and please feel free to share your thoughts with me on the game, but I would ask that you try to avoid spoilers if possible. I’ll see you, online!