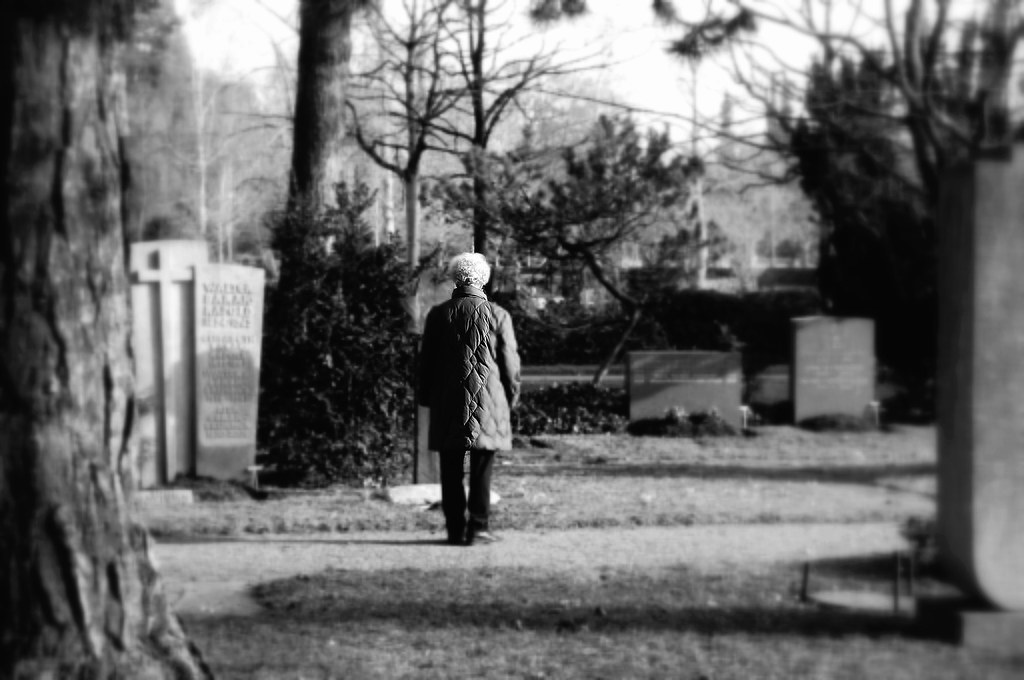 One of the things I love most about being a writer is the ability to create something from nothing. I’m not a god though, nor is any other writer out there, no matter how famous they may be. When we place a name to the page, give them characteristics, and build them up, they’re still just words at the end of the day. Characters aren’t real people, right?

Whether it’s in a book, a TV show, a movie, or more specifically to our interests, a game, characters build bonds with us. Could it be that they are portrayed by real people in movies and TV shows? Perhaps, but then why do you people cry when they’re reading a book and one of their favorite characters dies?

As it stands, there are plenty of people who aren’t emotionally affected by the deaths of characters in any medium of entertainment, but there are also plenty of people who are. Now, let’s narrow our focus a bit here and look at games in particular. We’re not at the point where we have photo-realistic graphics, but we’re getting closer to making these characters look and feel real.

Acting and motion capture have helped, plus the rise of more advanced technology, but we’re still falling into something called “the uncanny valley” where those emotional connections aren’t happening as often as they could. So, let’s find out if the PS5 will have your mourning the loss of characters as if they were real people.

Why Do We Care in the First Place?

The best kinds of characters are the ones that feel real to us. Without considering the additional weight of interacting with and seeing the character in front of you, let’s examine the very basis of a character: their personality. It’s hard to truly replicate the kind of human nature that we all possess, but many authors have managed to do so in books, games, movies, and TV shows.

Imagine your favorite movie, TV show, or book. Remember how it made you empathize with the characters? You felt what they felt, and it hurt you in the same way it would hurt anyone else. That’s the key here, if we feel empathy, then the character is real enough to make our brains treat them like real people. Since humans are empathetic creatures, it’s not outside the realm of possibility to think that our brains can be tricked into thinking that someone who isn’t necessarily real is in fact real in our brain’s eyes.

An essay by Howard Sklar entitled “Believeable Fictions: On the Nature of Emotional Responses to Fictional Characters,” goes into detail about how and why we grieve for certain characters the same way we would if they were real people. Part of the reason comes from the fact that a well written or rounded character is someone we come to know in the same ways we develop relationships in our real lives.

Consider this segment from the essay:

“Like our experience of fictional characters, our knowledge and impressions of real people in our daily lives, with the exception of close family and friends, is fragmentary, incomplete. We make do with that fragmentary information in much the same way that we do while reading fiction, by filling in gaps in our knowledge with hunches, ideas, feelings, or impressions based on our experiences with people, our sense of places, and other relatively intuitive factors.

Put simply, that which allows us to form a mental image of a “complete” human being out of the fictional fragments that are provided is precisely our own experience with people. We fill in, I contend, largely with information provided by our experience in “real life.” In this respect, we respond to characters that are primarily “real” in their essences, however much the focus for our reflection has been “made up” by an author.”

It’s a little unsettling, isn’t it? Our minds automatically fill in the gaps with experiences and stories from real life. We relate to them without even realizing it! Now, you may say that this can never happen to you because characters like that aren’t right in front of you, therefore you can’t be fooled, even at a subconscious level, into thinking that they’re real.

Fair point, so let’s put imagination aside for a moment and think about this as gamers. The industry is filling up slowly with new and exciting ventures into the world of virtual reality where we are literally transported into the game itself. Of course, that only covers one of our five senses, but technology is showing that we can continue into a future where all the senses are stimulated while playing a game.

So, assuming that it is possible for us to feel grief over the loss of a character, this rising technology could easily lead into a new gray area of human emotion. Remember, you’re playing the game and in some of the great classics, you’re also making decisions that result in life or death. Telltale Games is a great example of a developer that forces you to care about their characters.

Not only are they well written, but you have a hand in everything that happens. What you say, do, and choose can result in drastically different scenarios. That kind of immersion breeds emotion for many people who play their games, myself included, and that kind of power combined with a more realistic interaction can mean that gamers will be a doing a lot more grieving on the next generation of consoles.

One of the largest obstacles between games and this world of real, human-like connections with characters is a psychological barrier known as the uncanny valley. The concept was first put forth by a robotics professor named Masahiro Mori who “hypothesized that a person’s response to a humanlike robot would abruptly shift from empathy to revulsion as it approached, but failed to attain, a lifelike appearance,” according to an English translation of his essay on the topic.

As we approach human likeness, our levels of familiarity rise and we are able to become more attached to, or comfortable with robots, or in the case of gamers, 3D models. The problem comes at a certain point where we reach the pinnacle and fail to give it that final spark of life that makes it seem real. At that point, our familiarity levels descend into what Sigmund Freud called Das Unheimliche, which translates to “the opposite of what is familiar.”

This feeling of “uncanniness” is a form of cognitive dissonance that results from the paradoxical nature of feeling attracted to and simultaneously repulsed by something. Think of it like nails on a chalkboard for your psyche. So, before we can be fooled into thinking our game characters are real, we have to find a way to cross this valley.

Graphics are the main focus here, and with emerging technologies coming from major companies like Nvidia, we’re taking steps to make characters that look and feel real. It’s a multi-faceted process though. The writing, acting, and visuals have to be there in top form for it come together in the right way.

Nvidia demonstrated a computer model at the Game Developer’s Conference when they introduced their Titan line of graphics cards. The 3D model on display was “Ira” and Nvidia showcased how they were able to compress over thirty gigabytes of data into around three hundred megabytes to make this kind of technology possible. The trick comes in the form of blemishes, stretching, and moving of the skin as Ira moves the muscles in his face.

Rendering human skin in such detail allows the 3D model to capture all of the subtle nuances that come with human expression. This new technology called FaceWorks represents how we are finding new ways to cross the uncanny valley and create ultra-realistic characters.

Better Stock up on Tissues

By the time the PS5 is here, we’ll have technology that allows us to be immersed in games like never before. With games finding new ways to become interactive stories that rival books, we’re taking steps to broaden the demographic of people who can claim that they have indeed grieved over the loss of a character. After all, the results are far more intense when you are in control.

Have you ever cried when a character died in a game? Did you feel any of the symptoms of grief when you lost a character you liked? Tell us your thoughts in the comments below!