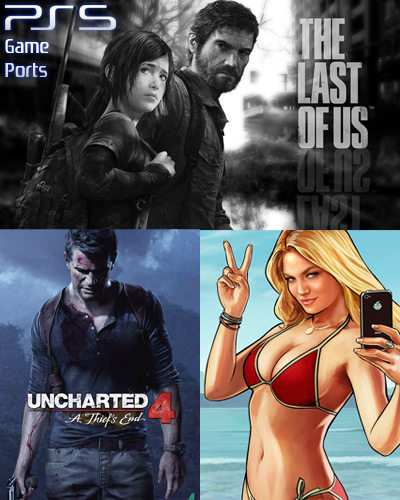 One of the biggest current complaints with the PlayStation 4 is that it has a lack of games. While this may not necessarily be true, it’s easy to see why PS4 gamers are upset: Most of the released games are ports of either recently released PC or PS3 games. In many cases, it’s the same exact game you might have played two years ago but with a new coat of paint, i.e better graphics. It’s a new phenomena, something we didn’t see a lot of when the PlayStation 2 or PlayStation 3 first launched.

It makes sense in a sense to bring some of these titles forward. Classics like The Last of Us and God of War III should be experienced by any and all PS4 gamers, especially if sequels are going to come out on the new console. Without backwards compatibility, the only option is to remake them for the new console. While some of these ports are graphical upgrades and little more, we’re seeing ports including new features, all of the original DLC, and other incentives.

Take for example the DMC: Devil May Cry remaster on PS4. This game was brought forward in terms of graphics, but the developers also tweaked and changed numerous complaints that people had with the original release of the game. There’s a good and bad side to these remasters, and while people may complain that they are buying the same game twice, they aren’t forced to do so, and people who have never played these titles are offered a better experience from the get-go.

Why Is This Happening?

Depending on who you ask, the overwhelming answer is likely to be “greed.” Gamers think that backwards compatibility is stripped out of systems on purpose, so developers and publishers can sell you the same game twice, effectively doubling their profits. In reality, backwards compatibility is stripped out so the cost of the system can remain low, and the feature isn’t one the majority of users will likely use, according to research. There are two main reasons why this trend is occurring on the PS4 and why it will repeat itself on the PS5.

It takes time to make games, especially for a new system; it’s not uncommon for companies to take two or three years to create a killer app on brand new hardware. In the meantime though, companies need money, and what better way than to re-release a previous game, especially one where most of the work is done? On the PC, games look better than their counterparts just because of newer hardware, so when consoles finally catch up, it’s easy for publishers to port said PC game to the consoles – especially when they share the same architecture. Companies will feed you lines about how this is “the definitive version” and its “remastered” for the new system, but in reality you’re getting the same game that has been on the PC for years and all the DLC. It’s easy profit.

It’s quick and easy to port these games over and gamers starved for new releases lap it up like thirsty dogs. Re-releasing your old games with slight touch-ups is turning out to be a lucrative market for the PS4, and this trend is going to continue to the PS5. Just wait and see how every game released in the last two years of the PS4’s life will be re-released as “definitive versions” on the PS5. 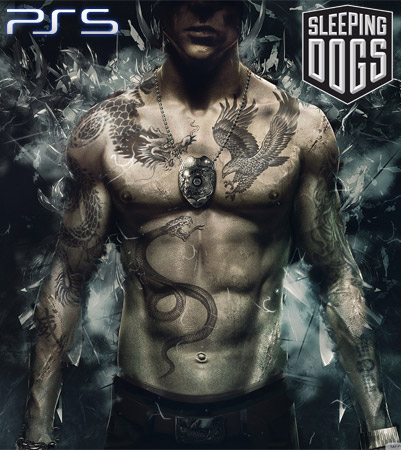 Reintroducing Your Game to a New Audience

When Sony first unveiled The Last of Us Remastered for PS4, the reason behind the port was that not a lot of gamers of the past generation played it. This makes sense: The PS3 was in last place in the United States, and a lot of 360 and Wii owners were jumping ship to the PlayStation 4. Sony also took strides to make sure the game was more than just a fresh coat of paint, adding a Photo Mode, tweaking the game to run better, improving the online architecture so multiplayer was better, adding in a commentary track. This was more than just a simple re-release, this was akin to a Director’s Cut, creating a true definitive version of The Last of Us. More than just a cash-in, it strove to give gamers more than just nicer graphics. It also released at a discount price, so that helped too.

History Will Repeat Itself

If all ports took the time to stand out and give us extra value, would gamers have such a problem with the practice? Probably not. However, what we usually get is the bare minimum: better graphics, all the DLC and then a full price, $60 tag for a game that is $10 – $20 on the previous generation. Gamers keep buying these ports, so publishers will keep selling them.

So yes, in some cases these releases are a mild upgrade from the original version. There are plenty of other situations though where extra content is added in, or tweaks are made to the original formula to add value. There’s always going to be situations where publishers are looking to make a quick buck, but there are also situations where the new release is a quantum leap forward.

With PS4, the only real difference is power. That’s why many of these remasters are visual and performance related upgrades. Let’s assume that PS5 has its fair share of these titles for reasons both valid and simply greed driven. The simple fact of the matter is that the PS5 will have a lot more going for it than sheer power.

Far More than a Simple Remaster

The PS5 will represent the biggest change in gaming since the switch from 2D graphics to 3D at the dawn of PS1. Not only will graphics take another leap forward, but the console will also sport features like virtual and possibly augmented reality. Cloud-based gaming and computing will also take center stage, along with countless other unrevealed innovations. Technology is reaching another major leap forward in terms of what we can do.

We are approaching a gaming renaissance which will yield a console unlike anything else before it. With that statement being true, it’s only logical then to assume that a “port” of a PS4 game on the PS5 will look and play almost entirely different. This will result in one of three possible scenarios:

So, as you can see, the gamer wins in either scenario. Without a traditional controller or structure to fall back on, ports on the PS5 will be more than a fresh coat of paint. They will be entirely new, but familiar experiences. I for one would have no problems with playing Uncharted 2 again on the PS5, if only to see how they bring the game forward into the future.

Even if they simply provide the games in their original form as part of a streaming service like PlayStation Now, the price won’t be as steep, and both new and old gamers will have access to these classic experiences. Yes, greed will always play a role, but technology and gamers will continue to demand innovation which will keep the money hungry publishers at bay.