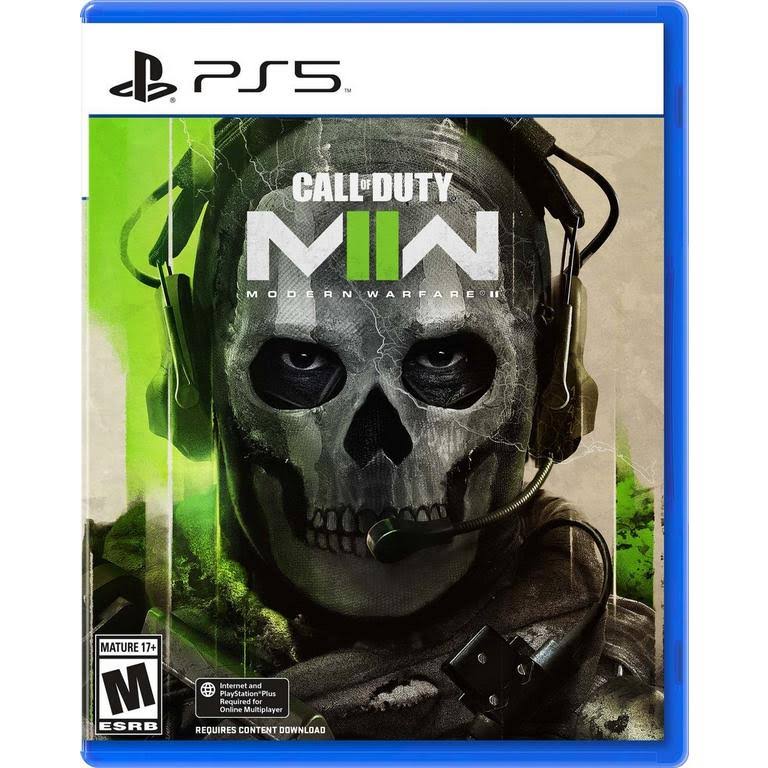 The campaign and multiplayer in general has been for a little while now and it’s difficult to be fair with the game right now. Meaning there is some content missing from the multiplayer end of things, as well as hella bugs that need squashing.

I’ll tell you what I like about the game before I move onto my dislikes. One thing for sure about the campaign and MP are graphics. The graphics are pretty amazing this time around. Not to say past games didn’t have good graphics and next gen hardware (current gen?) definitely helps, but even the MP looks really good. They outdid themselves with the way this game looks.

Movement and controls are solid while I’m not a fan of dolphin diving (only because I’m used to holding the circle button to slide, everything is working perfectly when it comes to my controller. I feel like the pacing (movement) is at the right spot for me.

Audio has come a long way since MW 2019, but still needs a little tweaking. Sometimes the only thing you can hear is the gunfire or a V-Tol jet hovering above and while I understand that is realism, sometimes a bit too much. I have adjusted my headset and I’m game settings, but I can’t quite get it where I want it to be. Infinity Ward has already deployed a small hot patch for audio adjustments, but I think they’re probably working on further tuning it. I’m hoping, anyway. 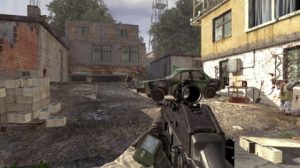 I’m pretty sure the TTK (time to kill) has decreased slightly. I find the core multiplayer player matches to be almost on par with hardcore game modes when it comes to TTK. I prefer it this way myself. I’m a pretty accurate shot and find it frustrating when I drop 4 hit markers on an enemy and they manage to turn on me and drop one into my dome for the headshot kill. 2-3 bullets is about what it takes to get a kill and I’m pretty satisfied with that.

There are a handful of game modes to choose from and that includes the mode Invasion which is large scale MP against real players and AI. It’s a great mode to level up your weapons and unlock attachments and with the way things unlock in this game, it’s a good mode for using weapons you’re typically not good with it can’t stand using. It’s a little slower paced than your traditional MP matches, you can jump in and take your time or do whatever it is you’d enjoy doing the most with little pressure.

All in all the multiplayer is a lot of fun and while I have never really been a fan of the campaigns myself, it’s nice to get rewarded for completing it. I will say I enjoyed how challenging the campaign was this time around. It has definitely been made to be a little more difficult than past cod titles and I thought it was a great balance of difficulty. 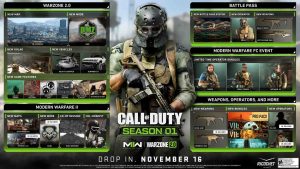 What I don’t care so much for is a matter of fact and opinion, so feel free to disagree. Where do I start? Currently, there is no leveling up beyond 55. No prestige, just level 55 cap. I know that there are a lot of features being released on November 16th, but I think being able to prestige would have been nice on release. It would have also been nice if they had included stat tracking. I have no idea what my W/L or K/D is and I can only be optimistic as I’m a little bit better than your average player. Not a lot, but a little bit. I guess I’ll find out on the 16th.

I really don’t care for how  we unlock weapons and attachments. I understand they are trying to get us to try all the sprains and try different play styles, but I feel like many of us have been playing for years now and we know what we like. I don’t enjoy the grind of unlocking attachments, but I know some players are thrilled with it. That’s cool, but I just don’t like it. Oh, well.

I like how the perks are activated in game, but I wish I had 6 instead of 4. On the one hand, too many perks tend to make the MP a little OP, but on the other hand, if you set it up right, you can have it well balanced and offer a couple more perks. Speaking of perks, I really wish they had put dead silence as a perk, but you can’t have it all. It’s ok, I just like it as a perk as many, many others do as well.

There are a ton of bugs and glitches. I experience the most problems when I’m partied up with friends. Connection loops and getting kicked after matches happens a lot. It’s frustrating at times. I try to take it with a grain. I have fallen through maps, I have been killed by people hiding in map exploits where they are under the map or outside of it. I don’t think the ghost perk works a lot of the time as I have seen my ping on the mini map in the kill cam while ghost was active, but I still appear when a UAV is overhead. 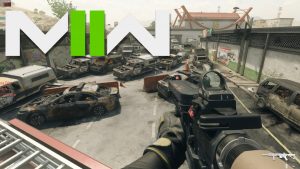 I’m also pretty sure the silencers are nerfing weapons too much and not showing the correct stats when attaching them. Every gun that I have added a silencer to has gone from superior to mediocre in an instant. It must take an extra 2-3 shots for me to finish most of my opponents off and I hardly stand a chance in a close quarters battle against someone that has anything else without a silencer on it. I take the attachment off, and bam! I start shredding again. Look into Infinity Ward, I could be mistaken, but for now I won’t be silencing my shots!

It’s hard to really say much more until November 16th. We will be seeing a bunch of additions and a couple of new maps (at least shoot house is coming). Season one will be releasing and of course Warzone 2.0 will be dropped and I for one cannot wait to play this early on! While I haven’t played Warzone nearly as much this last year, I played a lot of it the first two years it was out. High hopes WZ2.0 is going to be great!

What do you think of MWII-22? Are you happy with the direction it is headed in? Let me know in the comments!