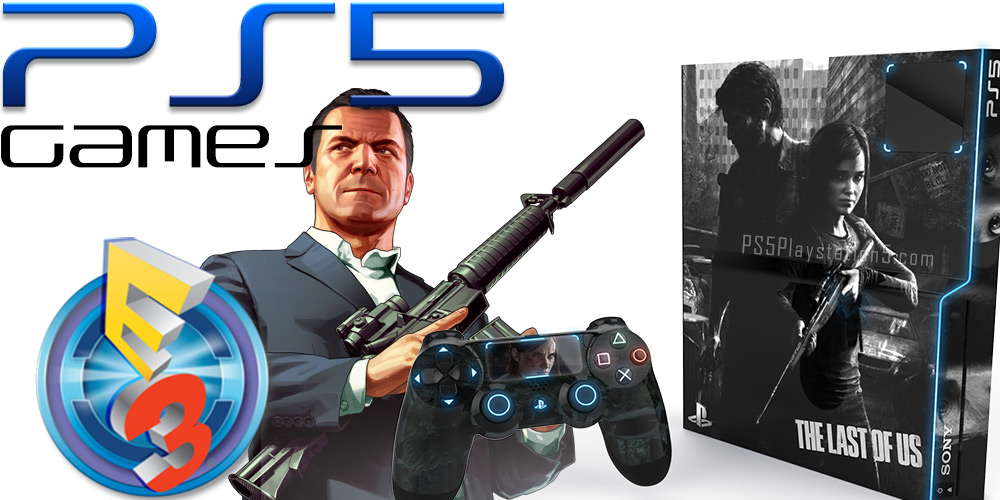 Is it just me, or did Microsoft actually beat Sony at E3 2018? While Microsoft was keen to announce a bunch of titles, Sony’s press conference was messy and ill-paced. Not only that, but they didn’t really announce anything exciting or reveal any major release dates.

It all felt odd at best and concerning at worst. What could have caused Sony to mess up their game? I have a sinking suspicion that they were looking for a way to skate by for another year so they could focus on the future: PlayStation 5. Let’s discuss some of the facts and a few opinions on why I believe we secretly saw PS5 games at E3 2018.

I had a lot of mixed feelings about Sony’s E3 2018 press conference. They tried something different with multiple settings, and a focus on specific titles, but the whole thing fell kind of flat. This was due, in part, to a lack of interesting announcements.

We saw gameplay from games like Spider-man (which did release already), Ghosts of Tsushima, Last of Us 2, and Death Stranding, but we learned very little about when we’ll get to play them. Sony didn’t even give us a release window. It was very uncharacteristic of them, especially after the knockout presentations from prior press conferences.

Here are three pieces of evidence that support our theory that Sony was showing PS5 games at E3 2018:

1. PS5 Rumors are at a Fever-Pitch

One possible explanation is that Sony found themselves in an awkward position. The PS5 is coming sooner than later, and it’s more likely that most of the main studios are working on their debut titles. Of course, they didn’t want to announce the PS5 this year, why would they?

The PS4 and the Pro are selling like hotcakes, so any kind of announcement surrounding new hardware could threaten their sales and cheapen the remaining titles coming out this fall. So, they chose to remain silent.

Despite this, the PS5 rumor mill has been working overtime. From job postings surrounding a possible next-gen Call of Duty to claims that PS5 Dev kits are already out in the wild for developers to work on PS5 games, we’ve been seeing a lot more talk about the PlayStation 5 in 2018 than any year prior.

Even Sony executives are talking about the future openly, all of which adds fuel to the flames. Things were so hot leading up to E3 that Sony even had to come out and say they’re not announcing any hardware this year at the annual conference.

After the misfire that was this year’s conference, Sony can’t afford to not blow everyone away next year, which is why it feels like we’ll see our first PS5 announcements next E3 or perhaps even before then at a pre-E3 showcase.

The second piece of evidence is one that could go either way. The PS4 and the Pro have been pumping out some of the most impressive graphics in the history of gaming. God of War 2018, for example, was absolutely mind-blowing.

Taking this into consideration, games like Ghost of Tsushima and Death Stranding looked very, very good. I could see them running on PS4 hardware, but they would have a lot more wiggle room if they were on a next-generation system.

We’ve seen incredible things done on the PS4, so this isn’t proof that these games won’t run on current systems, but I have to call out of Ghost of Tsushima specifically here. The amount of detail in the environment and on the character was just stunning. The way the grass and trees moved in the wind, and then the lighting on top of it all, it was just too good.

When you add in the fact that the game is supposed to be this massive world, my suspension of disbelief becomes a lot more unstable. Could I see the PS4 running a linear game like this? Sure, and it would probably sound like a jet turbine the entire time, but it could work.

Taking this kind of detail to a fully explorable world? It just doesn’t seem possible on the current hardware. That being said, we’ve seen some impressive things done this generation, so you would be forgiven for taking this second point with a grain of salt.

3. No Release Dates in Sight

If my first two points didn’t convince you, then perhaps this final one will sway you. We’ve known about The Last of Us, Ghost of Tsushima, and Death Stranding for a while now. It would be safe to assume that at least one of them was close to completion. At the very least, I would have expected a broad date at the end of a trailer, like 2019 or something.

Death Stranding I can forgive because Kojima is always vague about release dates, but The Last of Us Part 2 was first teased back in 2016. I really feel like we should have heard something about a release date by now.

On top of that, Sony didn’t announce any big new exclusives. Why would that be? They always had new titles to tease every year before. Could it be that these titles are PS4’s swan song? Yes, that’s probably the case, but with how secretive Sony is being about release dates, I wouldn’t be surprised if these titles debut on PS5, with PS4 versions as well to keep people from feeling betrayed.

Not only would this give PS5 one of the best launch lineups in history, but it would also explain why Sony has been so dicey about announcing new things for PS4. If sales were down, I’d be worried the industry was stagnating, but that’s not the case. Learn about our predictions for a PS5 release date here. 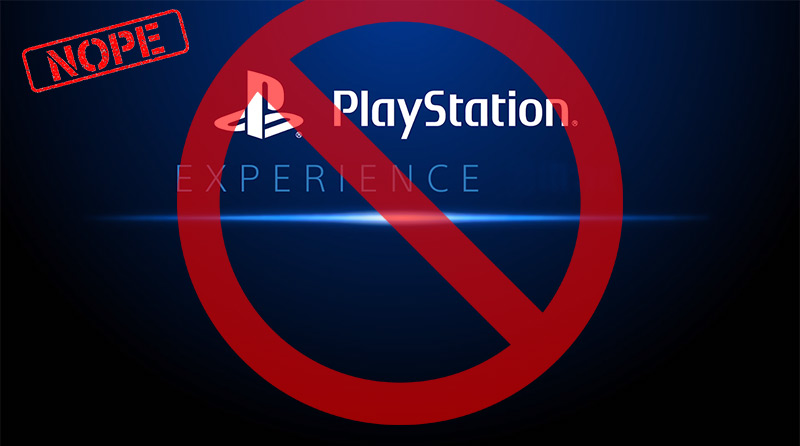 For the last several years, the last quarter of the year has been dedicated to a smaller, but no less exciting, press conference called PlayStation Experience. Having done it for the last few years, it was simply assumed it would happen again this year, but alas, that does not seem to be the case.

Speaking on the PlayStation Blogcast, the Worldwide Studios Chairman, Shawn Layden, broke the news to everyone that PlayStation Experience would not be happening this year:

“Now that we have Spider-man out the door, we’re looking down in 2019 to games like Dreams and Days Gone, but we wouldn’t have enough to bring people all together in some location in North America to have that event. We don’t want to set expectations really high and then not deliver on it. It was a hard decision, but we have determined that this year we will not hold PlayStation Experience.”

This is odd for a number of reasons. For starters, PlayStation has been on a roll the last few years, with big budget releases coming one after another. After E3’s mediocre showing, this seemed like the perfect time for them to reveal some new plans for the coming year besides Days Gone and Dreams.

Yes, you could argue that Last of Us Part Two and Ghosts of Tsushima, along with Death Stranding, could all make their debut in 2019, but if that were the case, why not show us more and reveal the release dates at PSX 2018? It would be a great place to do so.

To simply make the call to cancel everything on the basis of not having enough to show, it’s quite suspicious on Sony’s part. They’re not winding down or going out of business, the PS4 is still crushing it in sales. We know they have plans to continue making games and consoles, so this sudden lack of things to show can only mean one thing:

They don’t have anything to show, because everything they’re holding back is related to the PS5. This would add further credence to the idea that we saw PS5 games at E3 2018. It’s the only answer that makes sense when you think about it. Why else would we have a sudden drought of information so severe that Sony cancels one of their flagship events?

E3 2018 may have been several months ago, but it’s going to take some serious explaining before Sony lives down that blunder of a press conference. Do you think the rocky showing was due to them stalling for PS5? Will these major exclusives appear as PS5 launch titles?

Let us know what you think in the comments!