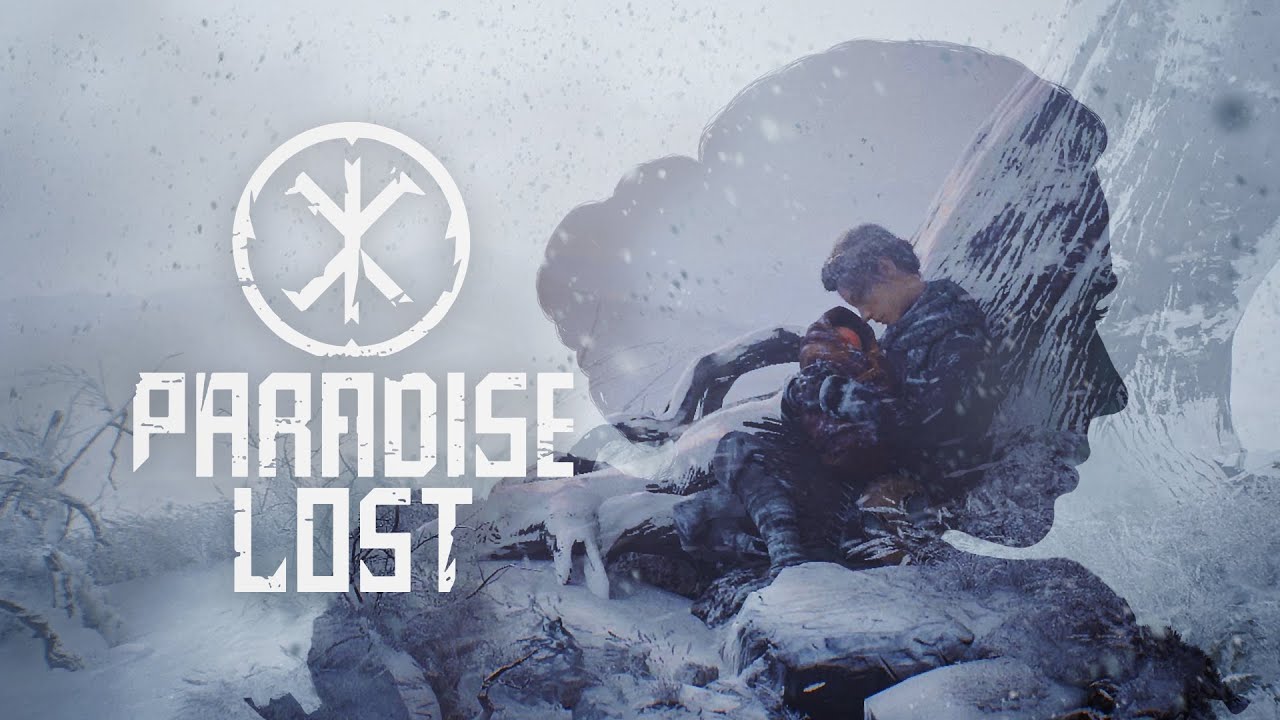 One thing I’d like to make clear is that I am not a fan of the term “walking simulator.” As a writer, I find that what I like to call “narrative adventures” offer a way to experience a story through light interaction and decision-making. Calling something a walking simulator devalues the work that goes into telling an interactive story.

With that out of the way, Paradise Lost is a narrative adventure out now for PS4 and playable on PS5. It’s a story set in an alternate version of post-WWII where the Nazi’s decimated Europe with nuclear weapons, and our main character finds himself exploring a seemingly abandoned bunker that for reasons that become known as the story progresses. Does this dive into a version of history that never happened tell a story worth experiencing, or should we leave this paradise to the fold of time? Let’s find out!

A Gripping Exploration of an Alternate Timeline

Paradise Lost is a game that excels in creating a rich and detailed atmosphere right from the beginning. This level of immersion is due to a few things, but in no small part to the richly realized environments and little touches like being able to see your entire character’s body as he jumps off ledges or climbs through elements of the environment.

The game’s story didn’t grab me immediately, but as it progressed through the roughly four hour run time, I found that it very organically reveals more and more about the events that transpired prior to your arrival, and the reasons for why you find yourself in this elaborate bunker. I say bunker, but it’s more of a sprawling underground city with multiple districts and distinct areas.

In this version of history, the Nazi’s decimated Europe with nuclear weaponry, leaving the area in Poland where you spend the game nearly uninhabitable on the surface. With a few clues to go on, you play as a 12-year-old boy with nothing but his wits, a photograph, and a lighter to guide him in the beginning.

The story is told through some flashbacks, dialogue between the boy and one other character (I’m leaving out their names as they’re not revealed right away in the story), audio recordings, and of course, the good old fashioned method of finding in-game documents.

Where Paradise Lost’s story worked really well for me was in the way that it doesn’t show all of its cards until later. You’ll spend the first chunk of the game alone and eventually make contact with someone via the camera / microphone system, but even the documents play coy with what the Nazi’s were up to in this massive underground society.

I imagine that some people will predict several elements of the story before they come to fruition, but I even found myself surprised at a few of the developments. It’s also a story with some flexibility thanks to a few different paths you can take through environments and moments where you interact with a complex machine that plays back recordings of past events.

Again, for spoiler’s sake I won’t go into too much detail, but your ability to make decisions at a few critical points worked for me narratively, even if it was a bit of a stretch since you were viewing a recording of a prior event. I would have liked to see these decisions carry more weight, but you’ll still find a few alternates and more than one ending for multiple playthroughs.

From the beginning, it’s also obvious that the entire tale is tied to the stages of grief. Each section of the game refers to one of the stages of grief, but I liked looking for parallels between the concept and what was happening in front of me. While using the stages themselves as titles for the game’s levels is a little obvious, the other connections were more subtle and worked well as an additional takeaway.

For those who take the time to read the notes, the story is also fairly in-depth, discussing heavy subject matter and diving deep into the bunker’s history as both a Nazi-controlled society and the events that transpired since.

When the credits rolled, I felt like I had been given enough information to fully picture the events of the story, but left with just enough room to interpret a few of the more granular beats. I also shed a tear or two if I’m being honest. The characters really grew on me, and while the voice acting can be hit or miss, by the end I was very much attached.

Paradise Lost features some of the most robust and detailed environments I’ve seen in a long time. There’s a very tangible and real sense of place throughout the adventure. I felt like I was walking through a history museum, looking at various exhibits that had been perfectly preserved in their original state.

There’s also an excellent amount of variety throughout the areas. Whether it’s the industrial feel of the opening levels, luxurious structures, cold laboratories, or breathtaking underground forests, Paradise Lost was a visual treat to behold.

I did spot some graphical glitches from time-to-time, and at one point I had to reload because My character started floating upward to the point where I was too tall to fit through doors, but neither of these things really ruined the experience for me and only happened occasionally, or once in the other case.

If you find these types of narrative adventures to be too slow, then I don’t think Paradise Lost will change your mind, but if you get excited about titles like Firewatch, What Remains of Edith Finch, Dear Esther, and the like, Paradise Lost will certainly scratch that same kind of itch. It won’t quite hit the highs of those titles, but it’s still very much worth your time.