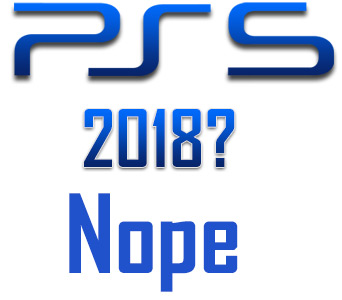 Recently, the PlayStation 5 has been on everyone’s mind. No, it’s not because Sony said something about its inevitable release, it’s because a major analyst named Damian Thong predicted that Sony would be releasing the PS5 in 2018 to record breaking sales.

Where does this leave new PS4 Pro and VR owners? Is Sony really moving on this quickly? The answer is no. Releasing the PS5 in 2018 would be a foolish move, and it’s not likely that Sony would make such a grave mistake when they’re doing so well. Join us for five reason why this prediction absolutely will not happen.

While I respect the opinion of Damian Thong, I don’t believe the PS5 will be coming in 2018. Beyond the obvious reason that it’s too soon, I’ve compiled my top 5 reasons why PS5 needs to come out later. Holiday 2020 seems about right, given the evidence we’ve compiled on our PS5 Release Date Page.

1. Sony is Winning in Sales 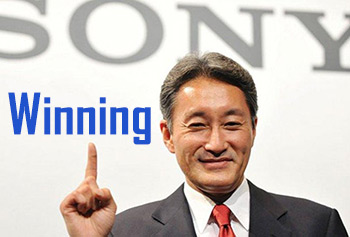 Sony has literally zero reasons to rush the PS5 out of the gate. The PS4 has sold over 60 million consoles and that number continues to grow. Furthermore, Microsoft has only pushed between 25-30 million consoles to date, according to estimates.

Even with Project Scorpio (Xbox 2) looming over the horizon, there’s still no rush. Even if Scorpio sold like crazy (which it won’t because it’s going to be expensive), it would take years for Microsoft to catch up. With Sony dominating the market, it just doesn’t make sense for them to compromise their lead by rushing out a new console.

So, why did Damian Thong predict this? Well, it’s hard to say, but I would venture to guess that he say Microsoft’s upcoming console, how it was more powerful than Sony’s PS4 Pro, and threw in some other numbers to get to his prediction.

I can understand that side of things, to an extent. The PS5 would, and will, sell like hotcakes, but it will sell better if people are ready for it. For this reason and all the others, that’s simply not the case. 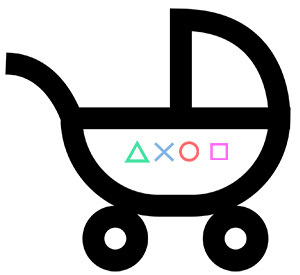 It doesn’t take a rocket scientist to figure out that gamers would be utterly enraged if they found out that their brand new console was about to be obsolete. It just doesn’t make any sense from a customer service perspective.

Not to mention, look at the power that developers have managed to squeeze out of the PS4. The games continue to increase in both size and scale, and graphics have never looked better. Even though the PS4 Pro isn’t as powerful as Scorpio, there’s no telling how developers will manage to work with its power over time.

Let’s not forget that Scorpio games must be compatible with Xbox One and vice versa. The same goes for PS4 games on PS4 Pro. The playing field is more level than you think when you take a closer look.

Given this, the PS4 Pro needs some room to breathe before we jump the fence to PS5.

We’ve mentioned exclusives a lot lately on the site, and that’s because there’s a lot of them. Let’s take a quick look at some of the games that have been hitting the PS4, and a few on the horizon (pun intended):

And that’s just the ones I can think of off the top of my head! Microsoft is hurting for exclusive titles right now, and Sony is bringing them in by the bucket loads. That’s not a sign of a system on its way out, it’s a sign of one that is full of life. Case and point: the PS4 isn’t going anywhere with all of these epic titles launching in 2017/2018.

If Sony brings another powerhouse E3 showcase this year, this point will only be even more solidified than it already is after looking at the current lineup.

Let’s say Sony is bringing out the PS5 in 2018. Could they make it more powerful than Scorpio? Yes, absolutely. Would it be a quantum leap from what we have now? Honestly? Not really, and that’s the crux of this reasoning. Computer technology moves fast, but a year isn’t going to change too much.

Sony has always made big leaps forward with their consoles. The jump from PS2 to PS3 was insane. The jump from PS3 to PS4 is a gap that is widening with every release. Right now, the PS5 wouldn’t be much more of a leap than the PS4 Pro in the grand scheme of things. Not to mention, it would cost an arm and a leg.

Consider this as well: manufacturers spend years developing and planning consoles. That means the tech they put inside of it is probably a few years old by the time it’s released, because they had to plan, order, and mass produce the consoles.

So, if they rushed out the PS5, they would be using similar tech that Scorpio has, and then where would we be? No, Sony is going to let Microsoft have their time in the spotlight and plan out a bigger, better PS5. It’s the smarter play.

PlayStation VR has been out in the wild for some time now, and it’s been steadily growing. More and more titles are releasing for the headset, and developers are going all in with some of their experiences. Case and point: VR is just getting its legs.

In order to make the most of their investment, Sony needs to let the games come out on their platform. If they jump ship to PS5, not only will they be missing a next-generation VR solution, but they’ll also be shooting themselves in the foot with the current VR crowd.

This all comes back to the fact that Sony has been doing this too long to let rookie mistakes like this get in their way. PlayStation VR, and PS4 still have a lot of life left in them.

What do you think? Will Sony release PS5 in 2018, or wait for a better time to release? Let us know in the comments!