E3 2016 was full of surprises, more so than most of the prior year’s shows. The biggest curveball of them all was Microsoft’s announcement of Project Scorpio, now named XBox One X. It is a new console, promised to be the most powerful one ever made. It’s also coming out in holiday 2017. This puts Sony in a bind, but they’ve never been one to let Microsoft walk all over them.

PS4 Neo has been confirmed, but we still don’t know much about the upgraded system. It will most likely release before Project Scorpio, but it’s not the real secret Sony is hiding. You see, Sony used PS4 Neo to force Microsoft to show their hand. Now they can move forward with PS5 and position themselves to once again crush the competition.

PlayStation’s CEO Reacts to XBox One X: ‘I was surprised’

Andrew House, boss of PlayStation, interview with the Guardian post E3 and revealed some interesting insight into their ultimate console plan. We knew several days before E3 that the PS4 Neo (PS4.5) was real, but Sony had no plans to show it at E3.

“The point of confirming the existence of PlayStation 4 Neo and the bare bones of the plan last week was not about disappointing the fan base who would obviously come to E3 with high expectations of all kinds of announcements. From past experience, the worst thing you can do is disappoint and pull the rug away from people. That’s why we went out last week and said, yes, it does exist, but don’t expect to see it at E3. I think it was the right thing to do.”

In reality, he’s absolutely right. People expected PS4 Neo news at E3, and by tempering their expectations, Sony was able to set up the proper approach for their epic press conference which wowed the audience with a live orchestra and tons of big game announcements.

Sony’s approach is very calculated. House stated that they didn’t want to show the PS4 Neo until they had a proper “range of experiences to showcase.” They don’t have that right now, so there’s no point in showing the system. That being said, Andrew House seemed surprised at Microsoft’s announcement of their hardware:

“I was surprised by the step of announcing something over a year ahead of time. The dynamics of the tech industry are such that there’s a much heavier emphasis on immediate gratification than there was. A lot of that is to do with how Apple has very cleverly and elegantly managed the ‘available now’ approach. So yes, that was a slight surprise to me.”

Notice how he said “slight surprise.” More on that later, but he went on to say that Sony learned their lesson back in 2013 when they announced PS4 and people wanted to know where the system was. They realized that the industry had changed, and they needed to change with it.

Our next extremely important point before we dive into the details and speculation, is another comment Andrew House made about the PS4 Neo. He stressed that it will exist alongside the PS4:

“I don’t think we’re suggesting with Neo, the conventional console life cycle is over, I’m certainly not making that statement. This is an additional option, it’s a high-end version of PlayStation 4, let’s be very clear about that, rather than a generational shift.”

Oh Andrew, you’re clever, but this old gamer sees what you’re getting at. Sony’s current stance on consoles is that the cycle will continue, for now. Microsoft on the other hand, and Xbox boss Phil Spencer, has said that he envisions consoles to take on an incremental approach, much like smart phones.

So, if PS4 Neo is just a “high-end PS4,” then how will it compare to Project Scorpio (XBox One X)? The truth is that it won’t. Sony’s not going to invest into an upgraded PS4 more than they need to. Instead, they are going to start prepping for the next generation.

Reading Between the Lines: Sony’s Plan For PS5 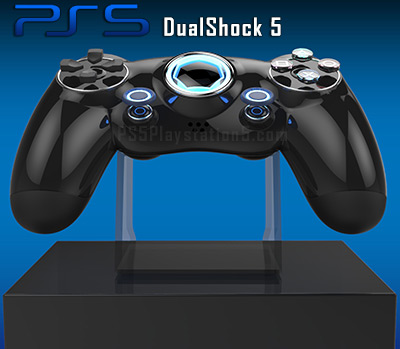 Everything above this header was facts and quotations, but it’s only half the information. We call console wars a war for a reason: it’s a battle of wits and words. Microsoft is being crushed in sales by Sony, so an upgrade was always in the cards, but just how much of an upgrade was unbeknownst to Sony.

Sure they could have hired spies or assassins, but that’s too messy and those things are usually Ubisoft’s speciality. No, Sony did what they always do and played the field like the masters of gaming they are.

They confirmed the existence of the PS4 Neo to satiate the massive amounts of rumors swirling around, but in doing so, they also showed Microsoft that they have something in their back pocket. When they said it wouldn’t be at E3, that was the signal for Microsoft to jump in and make a big announcement before Sony.

It probably seemed like a win to them, get their big new console out in front of people before Sony, but they made a few mistakes, mistakes that Andrew House outlined in the quotes above:

They teased people, which is something Sony said isn’t’ a good idea in a world where smartphones are announced and released in much tighter intervals. People want the newest thing, and they want it now, not a year or more from now.

Even so, they flashed a glimpse at their plans and Microsoft took the bait. They announced their console, promised it would be the best of the best, and even dropped a few specs. It sounds impressive, but they’ve essentially revealed everything for the world (and their competition) to see.

Will PS4.5 be as powerful as XBox One X? No, I don’t think so, it’s not designed to be. It meets the needs of consumers who want more power and 4K capability, but as Andrew House said, it’s not meant to be the next generation console. That right is reserved for the PS5.

To reference the interview one more time, Andrew House made a comment how they notice that people will gravitate to the PC in the later years of a cycle because they want the latest graphics and resolution. The PS4 Neo is meant to combat that, but it’s merely a stepping stone. After all, people called the PS4.5 when it was rumored, didn’t they?

Sony is killing two birds with one stone here. They are satiating gamers who want the latest graphics technology, while also forcing their opponents to reveal their hand so they can come back in a year or two with a big announcement regarding their next generation console.

They know what Microsoft’s aiming for with Project Scorpio (XBox One X), so now they have all the information they need to build an even more powerful box.

The famous Sun Tzu, author of The Art of War</em once said:

”If you know the enemy and know yourself, you need not fear the result of a hundred battles.

Microsoft stumbled with Xbox One, but Sony knew gamers and they knew themselves. They won that battle. Now, they know what Project Scorpio is and judging by their E3 showing, they still know themselves and their gamers.

Game on Microsoft, game on.

What do you think? Did Sony plan for all of this? Will PS5 crush Project Scorpio (XBox One X)? Let us know in the comments.