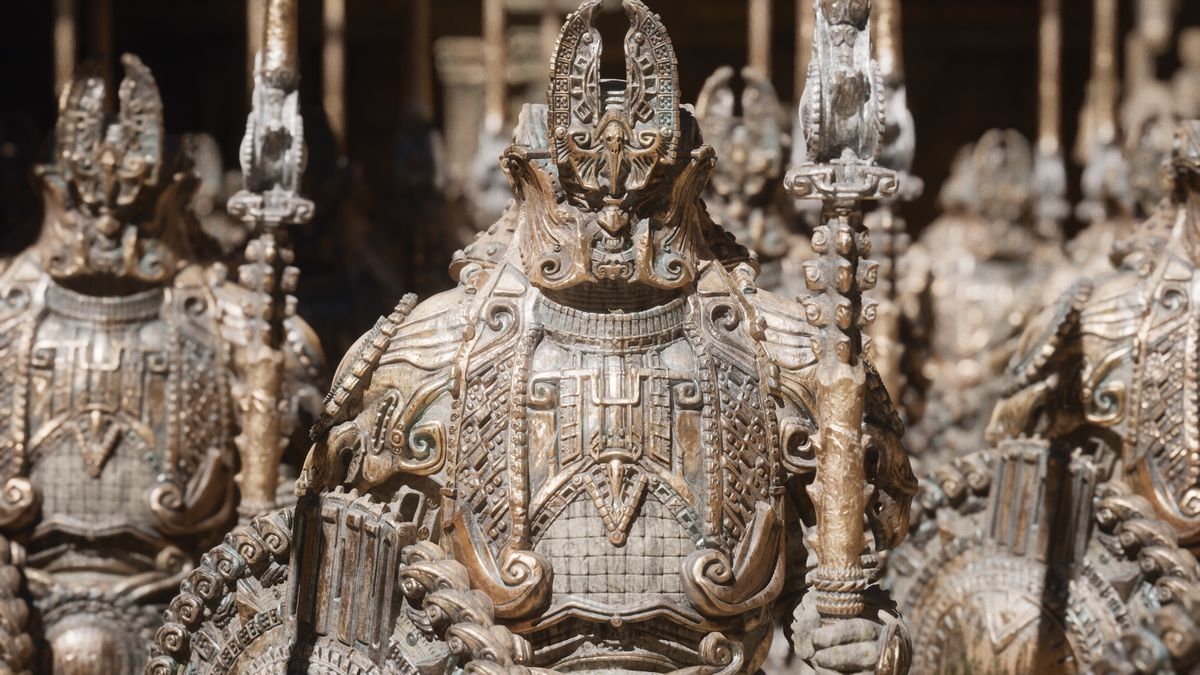 In early May of 2020, Microsoft hosted an event where they promised to reveal “next generation gameplay.” While the games on display were pretty awesome, there was very little in terms of actual gameplay. On May 13, 2020, we finally got the look we’ve been waiting for. PS5 graphics are here!

Check out the video below for a quick look at the highlights from the demo. Remember, this is all running directly from a PS5 development kit. No CGI here.

The Unreal Engine has always been one of the most widely used and high quality game engines out there. I don’t know about you, but that demo had my jaw on the floor.

The demo here is called “Lumen in the Land of Nanite.” It’s not a game in development, but it is something you could play with a PS5 console. The developers made this short demo to show off what could be done with next generation technology.

Don’t believe me? Here is the full video where you can see some of the creators playing through this incredible world in real-time:

Those who watch the video will also learn more about some of the amazing things that make Unreal Engine 5 a game changer. For starters, the name “Lumens” refers to a new dynamic global illumination tool in the engine, allowing for incredible light and shadow detail in real-time.

“Nanite” refers to a new type of virtualized geometry that allows artists to import their full, film-quality art and assets into the Unreal Engine 5. In the past, developers had to create things like normal maps or reduced quality versions of these models because the system couldn’t handle rendering them all in full detail.

PS5 does this without issue, displaying “hundreds of billions of triangles” over the course of the tech demo, according to the creators in the video above.

“The interesting thing is a lot of times artists are having to make super high-poly models anyways, they just have to take an extra step and build the low-poly model, put a lot of time and care into that, and then bake all the high-quality details into a normal map.”

Removing this extra step means that, on PlayStation 5, they can simply import their film-quality models into the game without fear of crushing the performance.

Over the course of the demo, we see some exploration, some climbing, and it all finishes with a stunning flight to the portal at the far side of a canyon that would make Naughty Dog shed a tear.

“I think a lot of people will ask, ‘oh, is the demo?’ But, you know that demo was grabbed from the back of a PlayStation 5 development kit. An HDMI cable went into a disc recorder and played out real-time. No editing, no tricks, that’s what comes off the box.”

Epic Games founder and CEO, Tim Sweeney also added that Unreal Engine 5 is poised to do things that “are absolutely not possible today.” Another major aspect of this demo shows that environments and lighting no longer need to be static or dependent on pre-planned events.

Light, as we saw, can move around in real-time and dynamically changed the shadows as well. The crumbling rocks we saw were not triggered by a cutscene, but instead broke apart as a direct result of the player’s interaction.

According to Epic, these types of high quality assests will be available in the Quixel asset store, meaning that smaller developers can use them to create games at an equal level of quality. They’re even going so far as to waive the first $1 million of royalties starting today, which lets developers keep more of the profits.

Epic CEO: PS5 SSD is ‘Far Ahead’ of High-End PCs

Much has been said about the SSD storage in the PS5, but as part of this tech demo reveal, Epic Games CEO Tim Sweeney offered some more detail on why it’s so important to the next generation:

“I think, first of all, Sony has a massive, massive increase in graphics performance compared to previous generations. But, Sony’s made another breakthrough that, in many ways, in more fundamental, which is a multi-order magnitude increase in storage bandwidth and reduction in storage latency.”

He goes on to explain that PS5’s ability to place a ton of flash memory close to the processor changes how games are made and streamed into the system’s hardware. To achieve the number of polygons and triangles in each frame, this kind of breakthrough is absolutely required.

Sweeney finishes by saying that Sony’s storage architecture is far ahead of “the best SSD solution you can buy on PC today,” and while he didn’t comment on Xbox Series X running this demo, he did say these features are possible on “all the next-generation consoles.”

Even so, this is the kind of leap I think we were all expecting from PS5 graphics! Let us know what you thought of the demo in the comments!