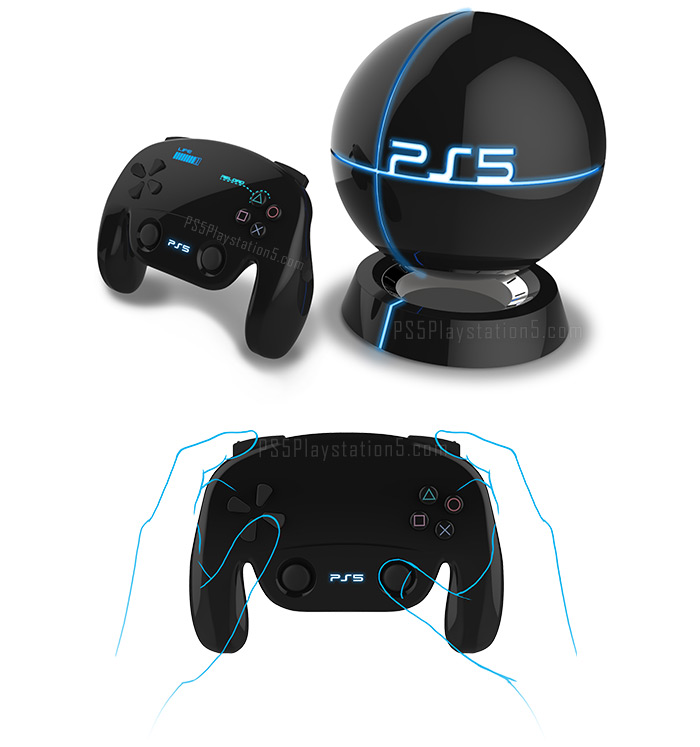 PS5 Sphere Design and DualShock 5 controller. This would be a much smaller design that prior consoles. The levitation could be done with magnetic fields or even quantum locking. A console this small would most likely be digital as there’s no room for a disc.

This design would work well for a cloud-based console. Games would be streamed directly to it, making the PS5 a sleek and simple console. Add some sort of portability and it would give the Switch a run for its money!

The major obstacles here would be a steady internet connection that can support cloud streaming. Any drop in the connection would cause the game to run poorly or exhibit lag in the controls. This would be annoying for single player, but it would absolutely ruin multiplayer gaming as it would cause an uneven playing field.