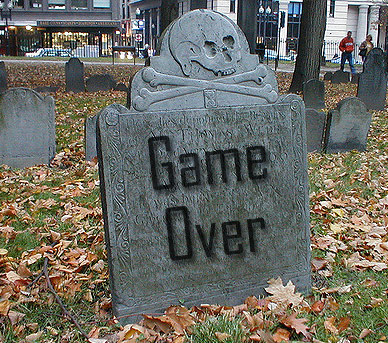 I’d like to start this article by being honest with you readers. The truth, is that I don’t like multiplayer. I started playing games when I was a kid and I continue to play games to this day for one simple reason: to immerse myself in a story and a world that isn’t my own. For me, the only way to do that is in a game with an amazing story and a well-crafted world.

I know I’m not the only one either, but my friends, our beloved single-player is in danger. Which brings me to the question of the day: are single-player games dying?. It’s a scary thought, but one that has been brought up more times than I’d care to count. Today we face the beast head on and find out once and for all if our beloved way of gaming is dying.

Industry experts have already tackled this subject in the past, and the trend wasn’t good. Back in 2011 during the Game Developer’s Conference, Mark Cerny Gave journalists a heart attack when he said “the traditional single-player experience will be gone in three years. Right now you sit in your living room and you’re playing a game by yourself. We call it the sp mission, or the single-player campaign. In a world with Facebook, I just don’t think that’s going to last.”

This comment came during a time where games that had no business having multiplayer (Bioshock, God of War, etc) were receiving shoehorned multiplayer modes that ultimately detracted from the single-player experience.

Meanwhile, the opposite seemed to be true of games like Call of Duty and Battlefield. These games were 90% multiplayer and 10% single-player in the form of a blockbuster campaign that lasted an average of 4 hours. Not even a day after Mark Cerny’s comment, a contractor for Activision by the name of Keith Fuller said in an interview with CNN that “90 percent of players who start your game will never see the end of it unless they watch a clip on YouTube.”

Now that opens an entirely different discussion on Let’s plays, but we’ll cover that another time. Also I would like to point out that Activision would blame the gamers for a problem they helped create. As more and more developers felt the pressure to put multiplayer in their games, that responsibility fell to the single-player team.

Instead of devoting 100% effort into the story of the game, now teams were split and the overall quality suffered as a result. To try and combat that, sometimes the multiplayer was developed by an entirely different team which caused even worse differences between the single-player and multiplayer quality.

Speaking of corporate giants who like to make sweeping decisions, if you look at EA, they have the same mindset, albeit a little less “multiplayer only.” They, like Ubisoft are more interested in “connected experiences” where you’re always online in some way, shape or form.

In 2010, during an interview with Develop, the EA president of the time, Frank Gibeau said “I volunteer you to speak to EA’s studio heads; they’ll tell you the same thing. They’re very comfortable moving the discussion towards how we make connected gameplay, be it cooperative or multiplayer or online services as opposed to fire-and-forget, packaged goods only. Single-player, 25-hours and you’re out. I think that model is finished. Online is where the innovation is, and the action is at.”

He says, “Every time someone announces the death of the single-player game, something like The Sims or Bioshock Infinite comes along and does different things well. So far we haven’t capped out. I think there’s a bunch of different audience types, and we haven’t even hit the limit yet.”

In the last few years, several triple-A shooters like Titanfall, Star Wars Battlefront, and Evolve have released without a single-player mode of any kind. Some, like Titanfall, have already said that the sequel will have a campaign. While this may sound like the final nails in the single-player coffin, fortunately there are still signs of life.

I’m Not Dead! Single-Player Games Are Here to Stay!

In 2015, the Witcher III: Wild Hunt, and Fallout 4 both took the industry by storm. The Witcher took home numerous Game of the Year awards from a variety of outlets, and Fallout 4 sold like hotcakes. Neither of these games have multiplayer and yet they beat out many other multiplayer-focused titles.

Other highly rated titles like Assassin’s Creed Syndicate and Rise of the Tomb Raider also did away with multiplayer and received huge praise as a result. We also can’t forget about the renaissance of adventure games that has been flooding the industry.

Thanks in large part to Tell Tale Games, games like The Walking Dead, The Wolf Among Us, and Tales From the Borderlands are selling incredibly well and inspiring unique experiences like DONTNOD’s Life is Strange series.

Big wigs will sit there and tell you that people want multiplayer, that we want giant arenas with zero explanation why we’re there and no motivation to kill other players. They couldn’t be more wrong. Gamers like connected experiences, but we also want to know why we’re there and why we should care about what’s happening.

If I was wrong, why would Sony be releasing PlayStation VR this year? Why would a game like The Witcher III: Wild Hunt win Game of the Year? Don’t listen to the negative Nancy’s out there. Single-player games are alive and well. At least, they are for now.

Looking to the Future: What About PlayStation 5?

There have been “experts” saying that single-player is dying for almost six years now. With the release of the PS5 roughly four years away, it’s time to ask if our beloved method of gaming will stay strong, or if the big publishers will try and crush it.

As I said in the beginning of this article, I am partial to single-player games. GIven that fact, I still think that single and multiplayer titles will co-exist on the PS5. There’s nothing that says we can’t have them both, it’s just a problem when one detracts from the other.

Gamers are finicky, and that’s putting it lightly. Sony has always been about varied experiences, but they’ve also always keen on publishing unique titles from both massive publishers and indie developers. The PlayStation culture is one that encourages all kinds of experiences.

Not to point fingers, but I could see Microsoft trying to oust single-player, or at least I could before Phil Spencer became the Xbox chief. Spencer seems passionate about a variety of experiences in a way that his predecessors were not.

I think the future involves more cooperation (quite literally) in the form connected experiences. I’m sure there’s a better example, but my mind thought of Watch Dogs and how they did the multiplayer aspect in that. Not only did it makes sense in the context of things, but it was also seamless. I could invite someone into my world, do my thing, and then go back to my single-player missions.

I think integrated experiences like that are the future. We’ve discussed PS5 being a cloud-based system which could result in more online-focused experiences, but there’s nothing that says you can’t have a great world and story in the same game where you also have a competitive component.

Another example that comes to mind would be The Division. While not perfect, the MMO shooter has a story area and a separate area within the game called The Dark Zone where people can hash out their hidden insecurities in the form of player-versus-player combat.

PlayStation 5 will continue the push for social gaming trends like uploading videos and features like Share Play. It’s not about completing removing single-player or multiplayer. Instead, it’s about making games more social. It’s about bringing people together for a common experience. That’s what PlayStation is all about.

Do you prefer single-player? Let us know what you think about the future of gaming in the comments below!