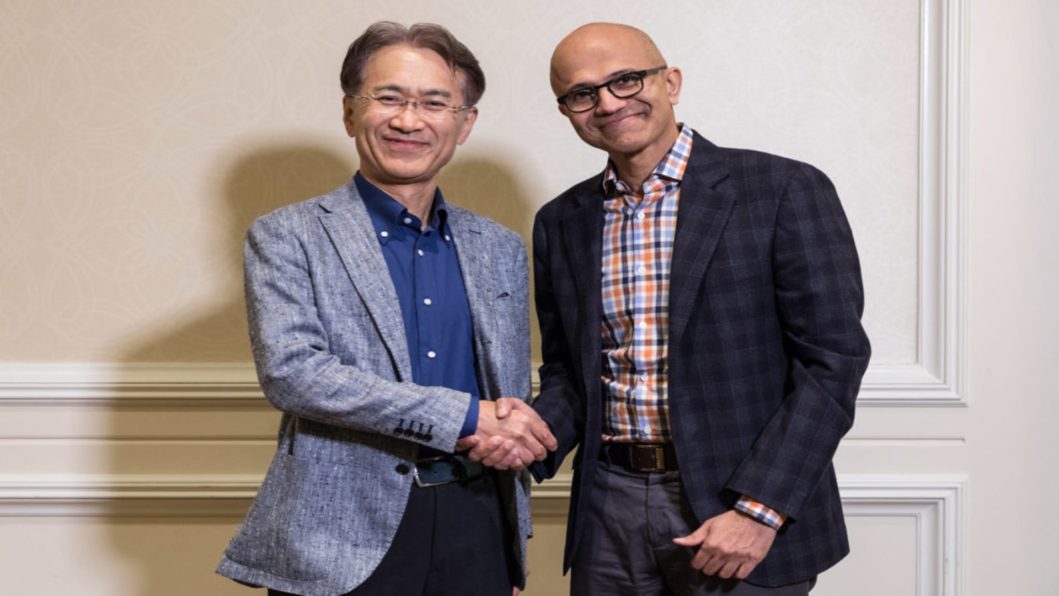 In an interesting announcement from Sony and Microsoft, the two companies have formed a partnership to better the use of cloud gaming. This is a pretty big deal. While there was no mention of the PlayStation or Xbox brand, cloud gaming is the specific and considering both companies own major gaming divisions, this 5 year partnership could very well lead to a very massive and very profitable future for both companies, all the while coming up with plans to stay in the game industry as we await the inevitable end/change of traditional console gaming. First off, this announcement won’t change the fact that there is another round of consoles around the corner. These companies both want us to buy their specific brand over the other. Setting the upcoming PS5 (assuming it is named PS5) and the Xbox One – Two aside, many people in game industry believe that consoles will transform into stream boxes and physical discs will become obsolete. I don’t know how soon that would actually happen myself, but I do believe it’s going to happen eventually.

Sony is a creative entertainment company with a solid foundation of technology. We collaborate closely with a multitude of content creators that capture the imagination of people around the world, and through our cutting-edge technology, we provide the tools to bring their dreams and vision to reality. PlayStation itself came about through the integration of creativity and technology. Our mission is to seamlessly evolve this platform as one that continues to deliver the best and most immersive entertainment experiences, together with a cloud environment that ensures the best possible experience, anytime, anywhere. For many years, Microsoft has been a key business partner for us, though of course the two companies have also been competing in some areas. I believe that our joint development of future cloud solutions will contribute greatly to the advancement of interactive content. Additionally, I hope that in the areas of semiconductors and AI, leveraging each company’s cutting-edge technology in a mutually complementary way will lead to the creation of new value for society.

Some believe that this the answer back to the upcoming Google Stadia, the streaming box that google announced recently. While I can appreciate the speculation, I think this has more about securing the future in the industry, rather than to compete against the Stadia. I’m just throwing my opinion out there so, I could be wrong. Who really knows? Time will tell, I guess.

So, there isn’t much else to go on at the moment, but I can only imagine what rumors and theories are about to float around the internet. It’s going to be interesting. What do you think this new partnership could to lead in the future?