Sony has already started to think about the future of the PlayStation brand and what the PS5 could bring with the formation of the New Business Creation department. 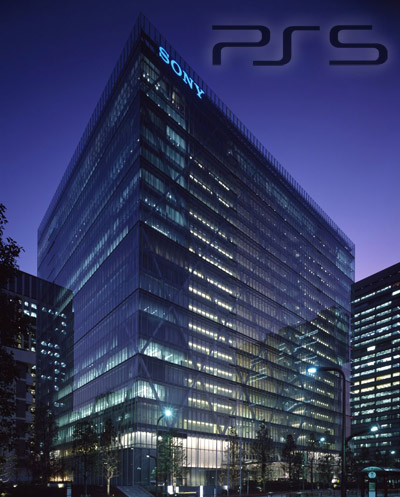 The PlayStation brand has always been on the cutting edge of technology. The original PlayStation was one of the first mainstream gaming consoles to go with the CD-ROM format. The PlayStation 2 brought DVD technology to the masses, while the PlayStation 3 did the same for Blu-ray. It’s still too early to say what the PlayStation 4 will bring, but one look at the streaming, social, and entertainment features of the device could be a clue as to what legacy the PS4 will create. Even before the PS4’s legacy is etched in stone, Sony has already started to think about the future of the PlayStation brand and what the PS5 could bring with the formation of the New Business Creation department.

What is the New Business Creation Department?
We all know about Kickstarter – a place where anyone can pitch their ideas to the masses, with the best ideas getting funded into reality. Now imagine that concept from within Sony. Every three months, the company holds “auditions,” giving employees a chance to pitch their best ideas directly to the top brass, free from the mire of going through the normal channels of communication and never having their ideas heard.

What’s the Purpose?
Officially, the purpose of the division is to give new, young employees a chance to be heard, because internal testing revealed that these new employees have great ideas but had no idea what to do to get them out there. Sony, who has admitted that it’s past successes left them complacent and that new ideas from the top are rare, gets a range of ideas from all walks of life within its company, with the goal to spur innovation and capture the next big thing.

A Prime Example
One of the best examples of this service is PlayStation Now, an idea that just a few years ago would have been outlandish but is now the type of new idea Sony is looking for. While the top leaders at Sony would have never thought of the idea of PlayStation Now their own, not understanding what cloud gaming was or the impact it would have, one tiny idea from within the company became what is now one of the most talked about features of the PlayStation 4. It’s that sort of innovation that Sony is looking to bring to reality with the New Business Creation department.

What Does It Mean for the PlayStation 5?
It could mean a lot of things, but the one major takeaway is that the PlayStation 5 will be a machine unlike any we’ve seen before. For the last few PlayStation iterations, Sony has played it safe; however, all it could take is one inventive, brilliant idea by any one employee to transform the PlayStation 5 into something the likes of which the gaming world has never seen. If this department branches out into the games themselves, we may see brilliant new works, finally breaking free of the derivative nature that video games have found themselves in during the last few years.

Above all else, it shows that Sony is interested in change, and is looking to accomplish that by any means necessary. The PlayStation 4 is a resounding success, and gone is the Sony of the past that would simply try to release the same thing with the PS5. Expect the PS5 to be a major change from its predecessor, thanks to any one employee from within the company.