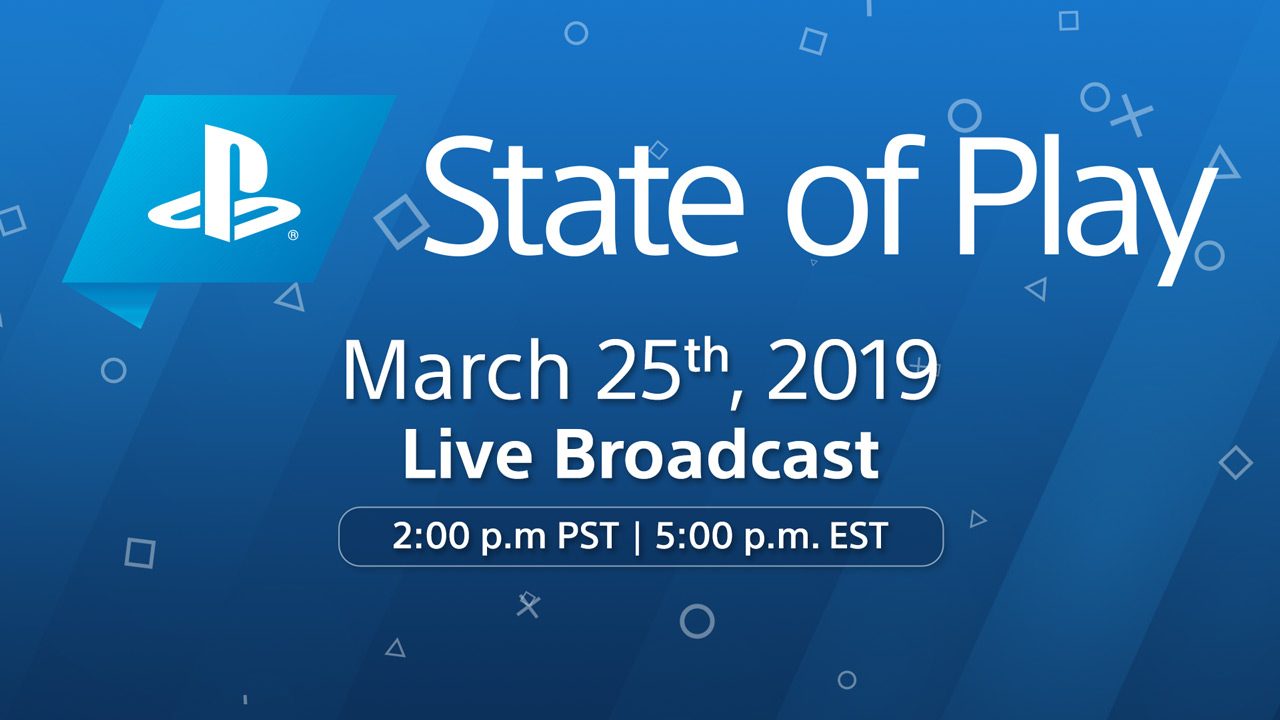 For some time now, Nintendo has been hosting live streams called “Nintendo Directs” that they’ve used to make announcements instead of attending E3. Now that Sony has also dropped out of E3, they too have adopted a new streaming series called “The State of Play.”

The first episode debuted in March of 2019 and we have all the highlights for you right here. More importantly, could Sony use this format to tease or announce the PS5? Let’s discuss!

7 Big Moments From The State of Play March 2019

The format for this stream was very similar to Nintendo’s way of doing things. The footage was all pre-recorded, with a narrator walking us through all the major announcements. Here are the big takeaways:

The stream opened strong with a CGI trailer for an Iron Man VR game! The title is developed by Camoflaj, who were also responsible for Republique. It’s an interesting move, but apparently Marvel is also involved in the project, so the quality will have to meet their standards.

In either case, it’s a great moment for VR to capture such a high profile brand.

No Man’s Sky Gets a FREE VR Update

No Man’s Sky in VR is one of those things that sounds amazing, but I don’t think anybody really expected it to happen. Well, put that down as another victory for VR, because No Man’s Sky will support the headset as part of the free Beyond update coming this summer.

No Man’s Sky may have gotten flak when it first came out, but the title has been updated countless times with amazing improvements and content, all of which is absolutely free.

The London Heist demo on PSVR Worlds was one of the most impressive uses of PSVR when it first launched. Since then the studio has been working on a full game entitled Blood & Truth. Well, now we know that game is coming May 28th!

It looks stunning, and it could be a new killer app for PSVR.

This surprise announcement from Devolver Digital looks to be a really interesting twist on the science fiction genre. Set in space aboard a massive station, you don’t play as one of the characters, but are in fact the station itself!

It seems like you’ll control cameras and aspects of the station itself to aid the characters in a time of crisis. It’s really unique and coming out in May as well!

Noticing a theme here? Yet another PSVR title came next in the form of the famous Five Nights at Freddy’s. This VR version of the game will take levels from throughout the series and pair them with new content for what will most likely be the VR game that gives me a heart attack.

Concrete Genie is shaping up to be a really unique title with some incredible grafitti art that comes to life on the walls of the game’s world. Even this game will have a VR mode in addition to the main game, so it’s a win for everyone!

While the Mortal Kombat release date isn’t news per se, they did tease some aspects of the story and showcased classic MK characters fighting their future selves. It was pretty whacky for Mortal Kombat, but the fatalities were on point, so I’m sure it’s going to be another hit.

Will Sony Use This Format to Tease or Announce PS5?

Here’s the big question after watching this short, but fun, live stream: will this be the vehicle for PS5 news? Sony has already said they’re going to use these streams throughout the year, so it would be the perfect place to drop a PS5 tease.

That being said, I don’t think they’ll announce the PS5 officially on a stream like this. Instead, they will most likely tease a big event for the press, like they did with the PS4, and save the big reveal for that event.

Another thing to note here is the ongoing support for PSVR. We’ve often said here that PS5 will have a focus on VR, and the new wave of VR titles seems to show Sony’s commitment to supporting the technology.

What did you think of The State of Play? Will you watch the upcoming streams as well? Let us know in the comments!