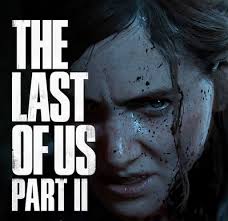 As you probably know, The Last Of Us Part 2 dropped last week. At his point, it has gone on to be the fastest selling PS4 exclusive to date. That’s pretty impressive, but not surprising to many of us. What is surprising though, is the argument that seems to be taking place over the internet. The argument is based on whether or not the game is good.

While a lot of game news outlets have seemingly given The Last Of Us Part 2, a rather high score rating, many consumers seem to be voicing a different opinion. Many are saying the game is an utter disappointment. To be fair, that’s not to say the game is trash (although I have seen a good amount of that speech…), but more that the game may not live up to its predecessor.

Quite a few gamers went back to play the first entry of TLOU right before part 2 was released. Remember the original? Such a good game. Great storyline, attention to detail and a good amount of actual gameplay. I went back and played it myself and I easily recalled why I enjoyed it so much. It got me even more hyped for part 2 and I couldn’t wait to see where the story would go from there. Well, I am sad to say that I was disappointed with Part 2’s story, Not just the story, there were a few other minor things I will mention throughout this piece. For now, I’ll start with my opinion on the story, but don’t worry, I will not spoil it for those that have not played it yet. I’d also like to stress that you should come up with your own opinion, but I am giving my honest feedback that I believe is relevant here.

There are a million ways this story could have been written and played out and some of those other stories could have been better or worse, no doubt. After two playthroughs of the game, I have to say the story felt mediocre at best. I might sound harsh, but my disappointment lays within two things. How quickly things unfolded and how quickly I realized that I just couldn’t form a bond with our protagonist, Ellie. I mean, bits and pieces here and there, I felt some empathy and it could draw me in a little, but it got flat fairly quick. Mostly because the story was dragged out in unnecessary ways. Ways that made feel like it would be fun to watch some paint dry for a little while. Maybe I’m being too hard on the writers, but this entry doesn’t come close to delivering the same charm as the first one did. Sorry if you disagree.

Before I go one, let me say that if this game was made by just about any other developer, I wouldn’t be judging nearly hard, but this Naughty Dog. I have come to have certain expectations from this more than capable company, to deliver something more engaging than what we got. This is not gamer entitlement, this is expectations. The same expectations I would have from a company like Sony to deliver a decent console. Or a company like apple to deliver a decent phone. Expectations. You can’t just make awesome games with engaging stories and then drop a sequel that makes you feel like the developers are burnt out. This isn’t the Call of Duty franchise afterall.

Another thing I didn’t like as much was the amount of cinematics in the game. I mean, watch one and then watch another imjeditetly afterwards. When you’re finally done watching, walk around for 10 minutes and surprise, surprise, watch two more… Not to mention, I know this isn’t meant to be an open world game, but man, why does it have to be so constricted? All in all, it doesn’t do what you do because the storyline makes you stay on track. Not that the first entry didn’t have that same implementation, it just did it better. It doesn’t help that there is no multiplayer or anything outside of the main story mode. Not that it is a deal breaker.

It is a good game. It’s solid, it’s just not what I was expecting. It didn’t live up to the hype for me, but that doesn’t mean others didn’t love it. It really is a mixed community we game within. As far a score goes, I give The Last Of Us Part 2 an 8 out 10. While others seem to feel that 9.5 or even 10 out of 10 is the acceptable rating, a lot of these companies don’t dare be fully honest with the consumers about their opinions, as they fear backlash from both companies like Sony and Naughty Dog to everyday people on the internet. Whatever. I’m me and I call it how I see it. Hopefully you found the game to be better than I did. As a matter of fact, why not share your opinions in comments and let us know what you thought of the game? Thanks for reading and I’ll see you online!