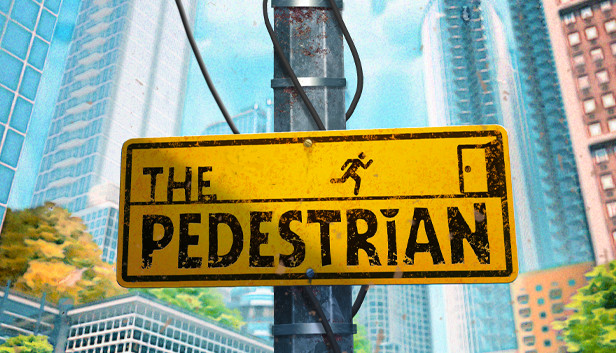 There are no shortage of puzzle games out there, but the PS5 in particular has yet to receive a lot of games in general, so that market is very much ripe for new experiences. I’ve played plenty of games with portals, with color changing mechanics, with lasers, and even one that involved changing your perspective.

The Pedestrian comes along for PS5 with yet another innovation in the crowded world of puzzle games, one that I’ve never personally seen. What if you were the person portrayed on traffic signs, bathroom doors, and other simple illustrations? What if you could move between them. What if they were all a unique puzzle? It’s an intriguing premise, but does this game strike out and present a fun and challenging new puzzle experience for PS5 owners, or is the writing on the wall from the beginning? Let’s find out.

When it comes to game design, I don’t think anyone can fault the genius minds at Nintendo. Listen, I’m a huge PlayStation fan, but there’s just a sort of “magic” that goes into first party games for Nintendo platforms.

For me, it’s that constant sense of wonder. Sony has managed to capture that magic before of course, with titles like the excellent Astro’s Playroom included on all PS5 consoles. The same goes for the prior title in that series for PSVR: Astrobot Rescue Mission.

So, why am I bringing this all up? Well, those games keep the magic alive by offering a polished, interesting, and beautiful world to explore. More than that, though, they are always introducing new and exciting mechanics or ways to interact with the world. The pacing is perfect, and the cadence of new ideas is enough to keep you glued to it all the way to end, with new ideas appearing even then.

The Pedestrian, from Skookum Arts, captures this kind of magic from the moment you set foot into its world. The premise is deceptively simple, but the execution is superb. You begin by choosing your character’s appearance with both the male and female outlines you see in street signs and such.

From there, you soon find yourself walking across various signs and flat surfaces throughout a bustling city. As you move from one sign (puzzle) to the next, the game seamlessly pans across beautifully rendered environments, guiding you to your next challenge without any loading whatsoever.

It’s seamless in the way that games like Half Life 2 are, never breaking the immersion for a second, and treating the entire experience as one linear level. While there’s not a lot of story or explanation in the beginning, it’s also worth noting that The Pedestrian does have a plot, but I will saying nothing more on the matter. It’s excellent, and while you may not notice it from puzzle-to-puzzle, something I would have loved to see more of, it’s worth seeing through to the conclusion.

So, you’re running through signs that range from the outside of a cafe, to the sewers beneath the streets, to the inside of subway car, and many more. At times, the puzzles seem disconnected from the environment surrounding them, but this changes as you play. You’ll soon find yourself influencing things like circuits and switches in the real world through your actions in the 2D plane.

This means that the detailed environments are more than just set dressing. Even if that’s all they were, I loved little details like how the entire level you are standing in sways from the cable its attached to when trunks fly by on the highway below. Instead, they play their own role in specific puzzles.

Speaking of puzzles, a game like this lives and dies by the quality of its conundrums. As someone who is a good puzzle gamer, but admittedly not a great one, I felt the challenge in The Pedestrian ramped up nicely. When I did hit a wall, my Player 2, Christina, jumped in to exercise her superb puzzle skills and even found that she was challenged enough to get invested in no time.

Now, there was a point where I was concerned that the game would wear out its welcome. After all, running from sign-to-sign, even with the basic mechanic of connecting doors and ladders together across signs, could become stale. Rearranging puzzles to make proper connections is a mainstay of the experience, but the game’s magic comes from the way it layers on new mechanics, quite literally, until the last puzzle.

That sense of discovery, of realizing that now you can hit that switch, overlay those pieces, or trigger that object in the environment, it keeps things interesting and exciting. Not only that, but the physical journey of moving from one environment to another gave the game a sense of wonder that I’ve rarely seen in puzzle games.

While some may be able to finish The Pedestrian in four hours or so, it’s worth noting that secret areas are spread throughout, unlocking hilarious hats for your avatar. On top of that, there are a significant number of puzzles to conquer. After finishing a bunch the night I started playing, I was shocked to look at the level select screen and discover I had barely scratched the surface. 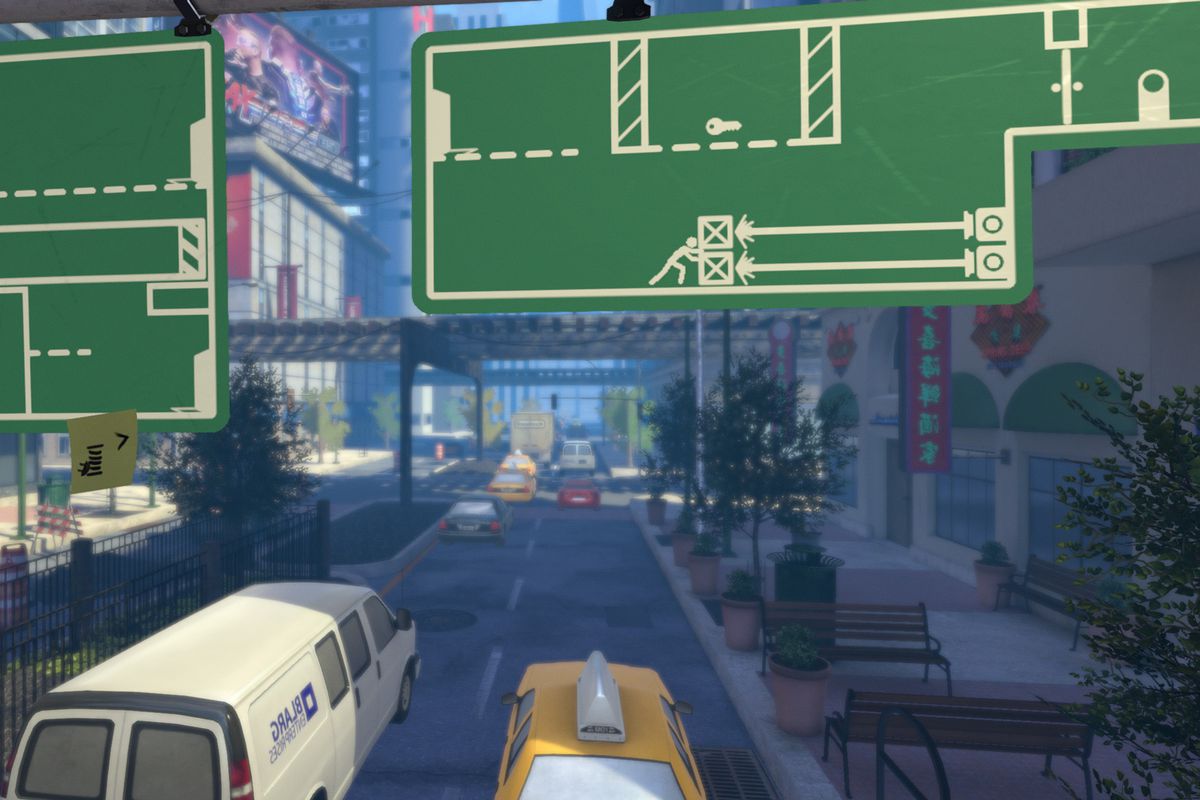 With solid, challenging puzzles, precise controls, and a parade of new mechanics to enjoy throughout, The Pedestrian has a lot going for it. From a presentation standpoint, the game is a joy to play on PS5. Playing on a 4K OLED TV brought out the rich color of the environments, while the DualSense features added an extra layer of immersion, thanks to subtle feedback from each footstep and a satisfying thud when you land from a jump.

I would be remiss to not mention the music either. The soundtrack for me evokes Pixar films like Toy Story, which spoke directly to my inner child gamer. I’ll be honest, as I navigated those first puzzles in The Pedestrian, I had a nerdy grin spread across my face. It’s a polished, charming, and fulfilling experience in the best way possible.

The thing I think I love the most about The Pedestrian is that it’s an experience anyone can play, and everyone can take something away from. Whether it’s the charming music, the satisfying puzzles, the beautiful environments, or the story that leaves you with just as much to think about as the puzzles, it’s got something for everyone.

It’s a damn fine puzzle game, and a wonderful work of interactive art in its own right. I highly recommend it to puzzle fans both young and old.