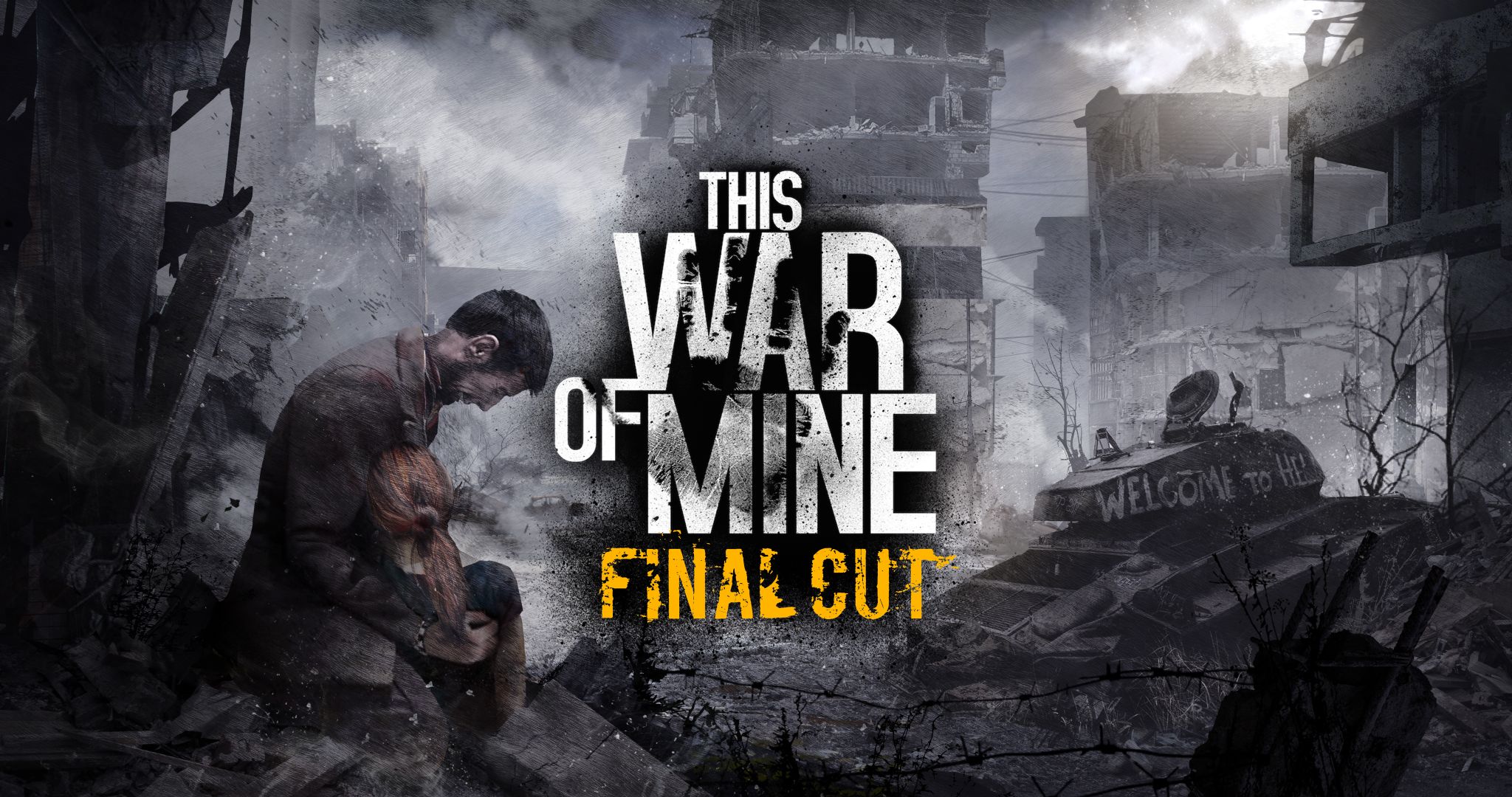 I’ve followed This War of Mine for a long time as a gamer, but never had the chance to really sit down and play it until now. It’s hard not to associate this game with current events in the world. Indeed, the game’s developer, 11 Bit Studios, recently donated £520,000 to the Ukrainian Red Cross using sales from the game.

Playing a game like This War of Mine: Final Cut comes with its own emotional attachments, but knowing that this is reality for many people right now makes it even more haunting. There’s no other game quite like this this one, so does that make it a must-play? Let’s find out.

War Through The Eyes of The Innocent

This War of Mine: Final Cut, is coming to PS5 on May 10th and brings with it a collection of DLC that adds three story-driven campaigns to the freeform base game.

The PS5 enhancements include 4K resolution and sharper graphics, all of which look exquisite with their washed out pencil-drawn style. For the uninitiated, This War of Mine: Final Cut is a survival game at its core, but it has a setting wholly unique in the genre.

Where most games that even contain a hint of war place you in the shoes of soldiers and super-powered secret weapons, This War of Mine places you in the shoes of everyday civilians who are caught up in the chaos and the horror of war. This is survival at its most basic, and its most human.

The procedurally generated areas are always some sort of dilapidated structure, bombed out house, crumbling apartment building, or the like. You start with very little, and unlike other survival games, you won’t ever find that things get better. At least, not significantly.

Each day in This War of Mine involves managing the needs of your people, or in some cases your children. Things like hunger, thirst, and rest are all factors you need to account for, but mental states come into play as well.

Characters can become sad, depressed, or worse. It’s an important dimensions to highlight in a game like this, because war and survival is mentally taxing in addition to being physically exhausting.

During the day, you can navigate your shelter, make or eat food, craft new items at your workbench, or rummage through unexplored rooms. When it’s time to end the end, you assign roles. Who will get to sleep? Will they sleep on the floor or in a bed?

Will someone go out to scavenge for valuable items and crafting material? If so, will they go with any weapons or supplies, or carry as little as possible to maximize their inventory space?

Scavenging itself is a tense and unpredictable part of the experience that really brings home the atmosphere and tension in This War of Mine: Final Cut.

One night while scavenging, I came across a young man who was hiding from a sniper in the nearby park. Without spoiling the rest of the scenario, I will say that it was a tense moment of searching for a way to help him escape as gunshots rang out in the darkness of the abandoned park.

Another scenario involved a character of mine rummaging outside a building for supplies. I heard sounds of a struggle and decided to take a look. I found an armed man attacking a young woman and decided to step in. The woman escaped. I did not.

These excursions out into the war-torn landscape really highlighted the strengths of This War of Mine. There’s a quiet desperation when you’re trying to make anything to get by during the day, but the true tension comes from seeking out suppliers in the dead of night.

I would have liked to see a little more depth or urgency in the scavenging aspect of the game. As it stands, these bursts of excitement each night are interesting, but it would have been nice to see them come with more choice and consequences. It would have been interesting to see more events happen during the day as well, like an attack that forces you to gather the essentials and flee to a new location.

It feels like This War of Mine: Final Cut has an incredibly strong foundation, but it’s hard not to see areas where it could have pursued greater depth into its mechanics, themes, or as a survival game in general.

In terms of the mechanics, This War of Mine: Final Cut uses easily recognizable icons to illustrate everything, and while it’s pretty easy to pick up and play, the game doesn’t have much in the way of a tutorial. You can open a menu to check out the controls at any time, but none of the mechanics are explained in any great detail.

For some, this will probably be a benefit, but I always like to see a little more introduction to a survival game like this. It’s not too much of an issue, thanks to the intuitive menus and icons, but something I felt was worth mentioning.

You may notice that I haven’t mentioned story much thus far, when it’s typically the beginning of all my reviews. That’s because This War of Mine: Final Cut can have as much or as little story as you’d like. I played the game’s main mode first, which is a procedurally generated journey where you survive with characters that are given bios and little else beyond the desire to survive.

The other mode that’s in the main menu once you download the expansions (included with the game) is the “Stories” mode, which is where the game offers more structure and focus. Of the two, I actually preferred the stories because they ease you into the mechanics a little easier and give you some specific motivations off the bat.

For example, one of the stories is about a father caring for his sick daughter. This gave me a very clear goal from day 1, which I thought was more impactful. Another one of the three stories included was about a man broadcasting over the radio waves from his place of work. This one was particularly interesting because the man required a cane to walk and couldn’t scavenge at night, so his wife was the only person available to do that.

While I prefer the structured stories, I do see the long-term value in the other main mode that let’s you jump into the world and create your own stories. The option of either is refreshing and makes a strong case for This War of Mine as a whole. 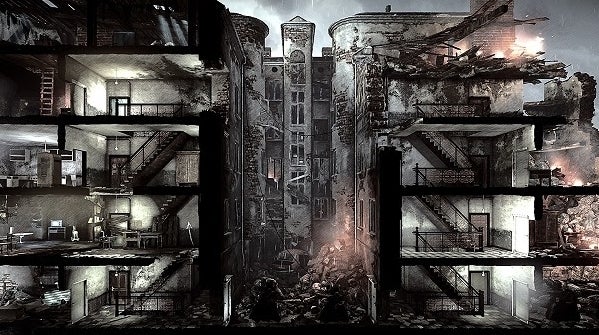 This War of Mine: final Cut looks like it was made for 4K on the PS5. The pencil-drawn graphics with muted colors and heavy blacks looks excellent in high resolution. As always with these types of UI-heavy games, I always wish for an option to scale the text, but that’s not present here. As a result, certain elements can be hard to read if you’re gaming on a large screen TV from several feet away on your couch.

The game’s controls also can cause minor issues from time-to-time. You can use the D-pad to move between several icons, but aligning your character with them can be a little unreliable due to the way characters seem to be slightly delayed between input and their movement.

This translates to some finicky ladders and stairwells, which require you to push up or down to use them, even if the stairs are to your right or left. It took some getting used to, and it’s ultimately a minor nitpick, but something that came up more often than not.

This War of Mine: Final Cut is a game that is both timely and unique. It successfully paints a picture of war through the eyes of the innocent, while also solidifying itself as a challenging survival experience.