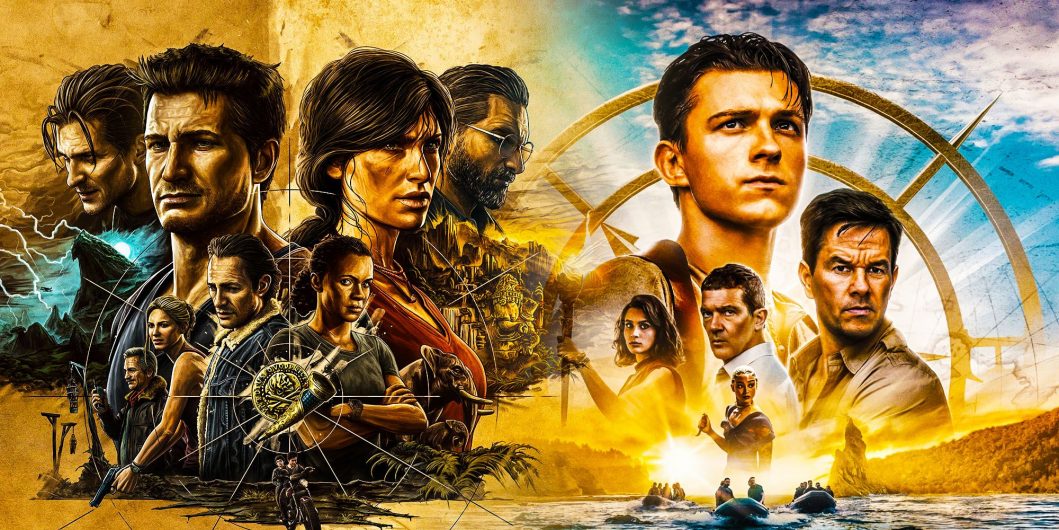 To start, if you haven’t played the Uncharted games, I highly recommend you get on that. Uncharted is one of the best video game series ever created. It’s a lot of fun and has a great storyline throughout the franchise.

That being said, if you have played the Uncharted games but haven’t seen the Uncharted movie, get on it!! It’s pretty good and even better if you played the games. Now, let’s move onto the movie review.

I wasn’t going to write a review about the Uncharted movie. I didn’t get to see it in theaters and so it seemed like dropping a review long after theatrical release wouldn’t be very ideal, but after seeing it for the first time last night, I felt compelled to share my thoughts and try to get people to see it at home. It’s worth it for any fan of the series, in my humble opinion. 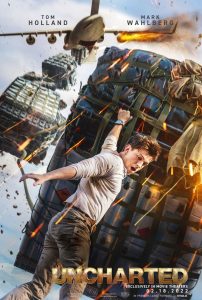 Tom Holland plays a better Drake than I was expecting. I didn’t have real high hopes, but he did make a pretty good Drake overall. Mark Walhberg did just fine in his role as Sully, but I think someone else should have filled that role. I’m not sure my Walhberg was cast, but he did fine, so I’m not hung up on that. Just pointing out my thoughts.

As I watched the movie, I got the feeling of deja vu several times. I thought to myself, I’ve played this! It was kind of weird in a way. Watching a game I’ve intimately played become a movie on the big screen. The more I watched, the more I was sucked in. It has original content that wasn’t sniped from the game, but if you’re a fan of Uncharted, you can’t help but see it all. I feel like it gives hope that future “games into movies” could be a really good thing.

All too often a movie based on a video game misses the mark and ends up not even close to as magical as the game was. I guess the same goes with books, but you can’t fit off that content into a single film. Luckily, Uncharted manages to capture the magic of the game and successfully place it on film.

It could be better for sure, but it could also be far worse. For fans of the Uncharted franchise, there’s a great Easter egg in the movie that is sure to please. I know I was tickled by it.

All in all, the movie is action packed, has a good storyline to follow and the acting is good. It felt a little silly at times, but then again, so is Drake, so it all comes together great. I give it an 8 out 10 for sheer entertainment. It won’t be my movie of the year, but definitely worth sitting down and watching either alone, with family and friends or whomever you desire to watch it with.

You can watch Uncharted now on digital copy or wait for the physical copy to release on the same day it becomes available to rent. Up to you, but I do recommend you watch it. If you have seen it, what did you think of the movie? Worth your while?