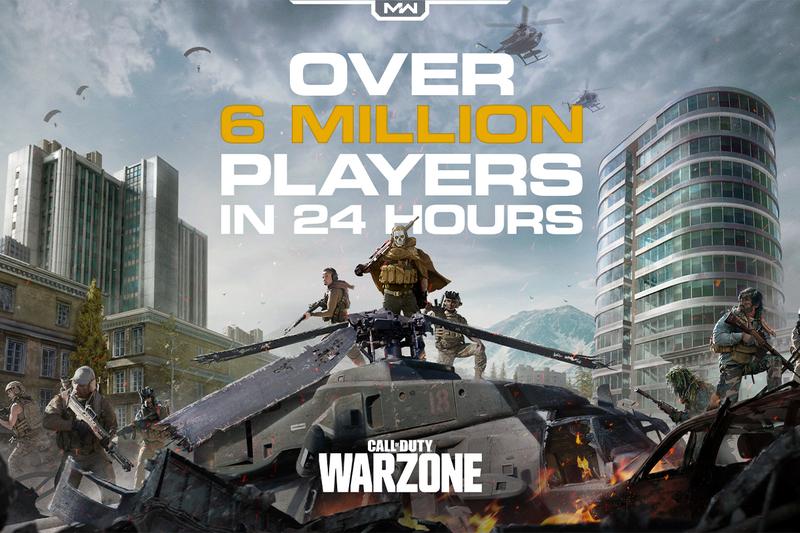 Call of Duty: Warzone has finally been revealed and released to the public. This is a major change in the way publisher Activision does things. Releasing a Battle Royale game isn’t a big deal, but releasing a Call of Duty BR game for free, that’s a pretty big deal in itself. You don’t PS Plus to play it online either. Warzone is a separate game from Modern Warfare, so you don’t need to pay to play it. It does correlate with the full MW title such as unlocks and xp. If you have the full game, you’ll level up extremely fast depending on what you do and how well you play.

So, Warzone consists of two game modes. Battle Royale and Plunder. We will start with Battle Royale in this two part basics review. I’ll drop info on plunder in part 2. BR holds up to 150 players with squads of 3. The last squad standing is the winner of the match and it is considered quite a feat. However, there is a lot more than meets the eye in this BR mode. Lets dig in.

When you first drop into the match, you start off with 2 pieces of armor and can wear up to 3, while holding 5 spares to repair damaged armor plates. Everyone has the same advantage with equal armor. Find plates around the map and don’t forget to repair them as needed. You can also collect cash and buy a 5 plate bundle at stores around the map as well. Armor aside, you also start off with a pistol to protect yourself, but the world is packed with plenty of other weapons to pick up and you’re definitely going to want to do that. You will see common weapons with no attachments laying around just about everywhere you go. If that’s what you see, grab it. There are much better weapons on the field, so be sure to keep your eye out for them when scavenging buildings and crates.

On top of looting weapons, you get a personal loadout that you created before the match. These personal loadouts can be a major game changer if you pick one up. Your perks from your class become activated and you’ll gain an advantage overall. For instance, I don’t use High Alert in multiplayer, but I use it in BR, because if someone sees and they’re out of my view, the screen flashes yellow to let me know I’m in someone’s sights. It has saved me from several deaths and I highly recommend trying that perk.

Collecting cash is more important than you might think. There are a lot of vendors (stores) to purchase extra items from. You can grab a scorestreak, a self revive kit, a decent amount of things, but there is also one particular item that is incredibly useful… If a teammate has died, you can buy them back into the match. That can be pretty useful, but hopefully, you won’t have to make that purchase. What happens when you’re taken out? It gets pretty interesting here. If you get knocked down, a teammate can revive you before you run out of health, but the enemy can also finish you off pretty quickly. You can also self-revive if you have found or bought a self revive kit. If you are killed off completely, you’ll be taken as a prisoner of war and must fight to the death in a 1v1 with another player. Whomever wins the fight will be released and sent back to the match. All players in a squad get that one chance to come back. Die again and you will have to spectate from there. If you lose the fight, you’ll go straight to spectating, but in any of these death scenarios, all is not lost. Your teammates can still buy you back into the game for $4500 cash. Die again and they can still buy you back into the game. Keep in mind that anytime you have died and come back, you’ll start from scratch and enemy players can see you dropping in.

Another interesting feature is contracts. You can pick up a contract for your squad to complete, and the rewards can be plentiful. Your contract can be a scavenger hunt where you go from location to location opening up high tier loot boxes and of course collecting cash. You can find one that requires you to reach a certain location and capture it by sitting within the vicinity until the timer shows it is secure. Or you could find yourself grabbing a bounty on another player’s head. Hunt down the target to win your rewards and you’ll likely end up killing the entire squad. The player is alerted when there is a bounty on their head. The player is alerted of the bounty, so they might be waiting for your arrival. Another squad can kill your target and you’ll get a piece of the reward, but even if you don’t hunt down the enemy, you’ll make that squad paranoid and they will slow their role. As I said before, only one squad of 3 players can win, so strategize, be aware of your surroundings, be ready to fight at any given moment and most importantly, have fun. Warzones BR mode is a lot of fun for those of us that enjoy this type of Multiplayer. If you find yourself some cool people to play with and that you work with, the sky’s the limit. Running solo is fine and all, but hopefully you make friends with other solo players and take the wins!

Thanks for reading and please let me know what you think of Warzone’s Battle Royale. I’ll be back later with Plunder and a full review score.