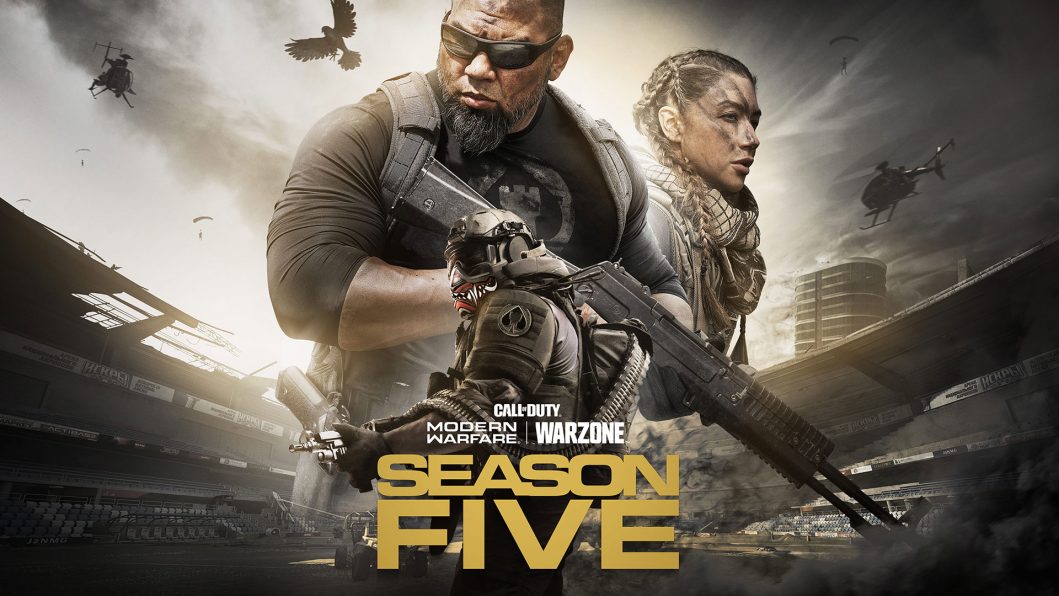 There is no doubt in my mind that you have heard about the Battle Royale phenomenon that is Warzone. Hugely popular and in my opinion, extremely fun when you allow yourself to enjoy the game.

I know that some of you are thinking “What?! Enjoy a Call of Duty?” Yes, I said I have extreme when I allow myself to enjoy it. Much like other gamers, I get frustrated with the cheaters and issues with the game itself at times, but for the most part, I thoroughly enjoy Warzone.

That being said, I have reached somewhat of a standstill feeling with season 5. The battle pass is a lackluster this time around, although one could technically argue that every pass has had its faults thus far. Regardless of that, I’m not here to nitpick season 5 or discuss the past seasons that are behind us. 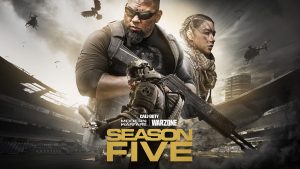 Sure, the stadium has finally opened up and wouldn’t you know it? Choo-Choo! A train has been added to the map as well. A new operator has been released and there’s a couple new weapons. Aside from these additions that we have come to expect with each season, there hasn’t been a whole lot added. Most of the gamers I have spoke with seem to be dissatisfied with season 5 and I have to say that I don’t feel that this is a typical case of being entitled as much as it is a literal lack of content. Cue the “How are you going to complain about a free game, you entitled twirps!” chimers.

Now that we’ve gotten that out of the way, let’s move on, shall we? Excellent!

Check out this solid win in Warzone trios!

So anyway, I think a lot of players were hoping the damn would have broken open op by now or that nukes were going to be set off and destroy the map and offer us a new playing field to battle on. While that all would have been cool to see happen, we can’t really be upset over something that hasn’t actually been confirmed is going to happen. I know many of us would like to see some significant changes by now, but it is August, so my guess would be we are going to see some major changes in October. Possibly sooner, but I think the CoD universe is going to make us wait just a little longer before seeing any meaningful additions or changes.

If you’re a big Call of Duty fan, you probably know that I’m getting at the next Black Ops games. Black Ops has been getting teasers in the Warzone. While we haven’t had an official reveal yet, publisher Activision says Warzone has made the company rethink the way it reveals games and it seems as though Black Ops will get a reveal in Warzone. Are they taking a few pages from the devs at Epic? Will we see an actual video reveal during a movie night in Warzone? We shall see, but I haven’t really got a clue what’s going to happen, but I do believe this the reason for such a lackluster season 5. There is a lot of focus on what’s really coming next. 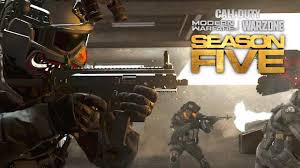 So, my guess would be that when October rolls around with the release of Black Ops Cold War, were then going to see a brand new map based on the Black Ops maps. I am speculating that with every new call of duty hame that release, will come alongside new Warzone maps and that’s how they plan to keep WZ relevant.

Activision is known for putting pressure on their development teams and I can only imagine that there is a lot of pressure to be had right now. With the problems Sledgehammer has had and Treyarch taking over development of the upcoming call of duty instead working on a title release for 2021, things must be absolutely stressful right now. With a little time, I think we will see another developer within the company taking the helm for all upcoming WZ content and working with the core CoD developers to bring new and consistent content to Warzone. Of course Activision could keep pressuring development teams like Treyarch and Infinity Ward to push out a full campaign, MP, spec ops or zombies, plus a complete Warzone experience and try to keep costs low, but I think if they are smart, they will add another team to take control over Warzones development or else things go downhill and would be Activision’s fault. Keep that in mind when you get frustrated with a game and want to strictly blame the developers. They don’t always have control over what they are doing.

All that said, is season 5 worth playing right now? Of course it is! I have the most fun when I play with old new friends alike online, but I also have randoms from time to time. How else would I make new friends, right? (That’s a rhetorical question for the trolls in the back row. That’s right, I see you over there!)

While season 5 for me at least, has been somewhat lackluster, I still enjoy Warzone quite a bit. While gameplay is starting to become stale, we should be seeing a while if changes real soon and I have a feeling that those of us that have the season 5 battle pass are going to get a special little treat before the season ends. Here’s hoping anyway. 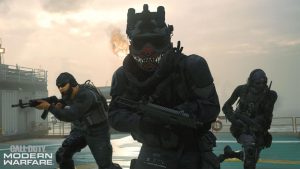 Do you play Warzone? What are your thoughts on the game? If you’re a chill relaxed gamer that doesn’t want to rage in everyone’s ear, feel free to add me on PlayStation! My gamer tag is Player_2_Pew-Pew

I admit I am not the best player you’ll meet and I definitely have had my share of bad matches, but I’m a good teammate that needs more players to roll with in the Warzone!

Thanks for reading my thoughts and I hoped you enjoyed this piece. And I’ll see you, in the Warzone!