Is it hard to justify spending sixty dollars on a single video game? Sometimes, mostly because games vary in both length and quality, but the same can be said for movies, music, and TV shows. Each time we choose to partake in an entertainment experience, we are throwing ourselves out into someone else’s creation. Our entire enjoyment, or disappointment, is decided solely by ourselves. In that regard, gaming and entertainment as a whole, is a purely subjective industry. Every single person isn’t going to like every single game that comes out, it’s simply not possible.

We look at games like Call of Duty and Grand Theft Auto, games that make billions of dollars upon each release, and simultaneously we see two very different offerings. With Call of Duty, someone like me will only play the single player campaign. Even being generous, that’s about six hours, so ten dollars per hour. If you are a multiplayer fan, then it offers far more. Then we look at something like Grand Theft Auto, a game with over thirty hours of gameplay, more if we do side missions, and we see something with far more value. Same price, two very different experiences. 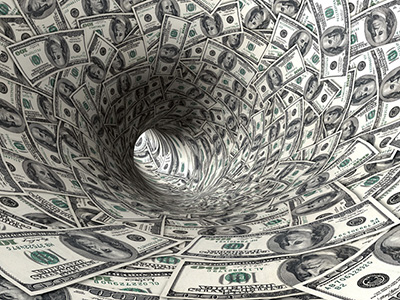 When it comes to inflation, especially looking into the future, it’s all up in the air. Inflation, for the uninitiated, is an economic term that refers to the supply and demand of products and how these two things affect the value of the dollar and its buying power. We essentially have two possibilities. One is that inflation stays low, which means the price of games won’t be affected, at least by that particular factor. The other is that inflation goes up and with it, the cost of games. How much could this affect the games?

In a recent article about Inflation on IGN, they discussed how inflation has affected the cost of games and systems over the years. Looking at the value of a dollar then, and now, it appears that games are cheaper now than they have ever been. So does this mean forty dollars per AAA titles for the PS5? I hate to burst your collective bubble my dear readers, but probably not. Games may very well stay the same price, but considering the vast leap that technology is poised to make in the coming years, my thoughts are that this already expensive hobby is going to become more so.

Not a hundred dollars a game though, right?

No, not that high. You see, with PS5, I am imagining that discs will become a thing of the past. With Light Peak technology predicting the ability to facilitate download speeds of up to one hundred gigabytes per second, digital downloads will be the way of the future. It has already been said that one of the PS4 launch titles, Killzone: Shadow Fall, will be over fifty gigabytes in size. Ten years from now, I would expect this number to triple or maybe even quadruple. Better graphics means bigger files. Discs are becoming impractical, but with a lightning fast download speed, and a massive hard drive, size will be irrelevant. 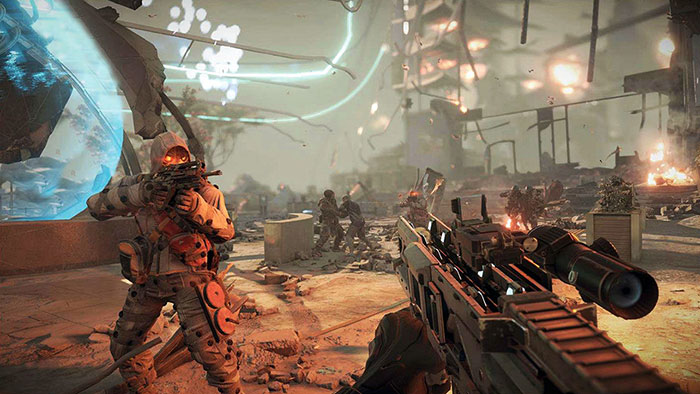 The plus side of this is that digital downloads are less expensive because there are no manufacturing costs. No cases, no manuals, just the game data. Sure, they usually sell it for the same price at first, but sales are far more prevalent on digital content when compared to physical games.

On another note, in my PS5 system price article I talked about how the scarcity of technology could increase the cost. With PlayStation 4, we’re using established technology in a more efficient manner and putting more powerful hardware within the device. When the PS5 comes out, the rules will be far different. Several new and powerful technologies will be available around this time and Sony will no doubt leap at the chance to pack their console full of the latest and greatest technology that the world has to offer.

The way this translates to the games is twofold. On the one hand we see a massive improvement in graphics, gameplay, and immersion. No more controllers, virtual reality and mind controlled experiences take center stage. This also translates to high costs of production. We’ve seen it plenty of times where a developer is willing to pump out three, four, five sequels to titles that sell well, but they are reluctant to let someone else try. New I.P’s or Intellectual Properties are risky. Just take a look at Kingdoms of Amalur. A great RPG this generation, but it didn’t sell well enough and the developer went bankrupt. People will rush out to buy something they recognize, but something new requires a lighter touch, and a great sales pitch.

Does this mean developers will play it safe, even more on the PS5? Hopefully not, I like to see new ideas, but the fact of the matter is that if games cost millions to make now, that price is only going up as technology improves. Fear not though, I have a solution for all the game developers out there.

Here’s a thought, maybe we just won’t buy games a la carte anymore? We’ve always known games as something that we buy in single purchases of each title. We’ll buy some and skip others, but have you noticed the slowly encroaching DLC practices thus far in the PS4’s life? Think about it, people are paying for these “season passes” that entitle them to all of the game’s upcoming DLC before it’s even out. When it does release, they download it as if they paid for it then and there.

Now, look at PlayStation Now. When Sony purchased Gaikai. a game streaming company, people wildly speculated on how that company’s brand of “cloud gaming” would affect the future of PlayStation. The answer came in the form of a streaming service called PlayStation Now. We’ve all seen Netflix streaming where you essentially watch movies or TV shows over your internet connection. No downloads, just an instant playback like a video on YouTube.

Take that idea and switch over to gaming. A collection of servers somewhere in the middle of nowhere have your game running on them. They stream this game to you over the internet and you have instant access to that title without owning a disc or a download. Your saved data is kept safe and you can pick it back up at a moment’s notice. Not bad, huh? It’s not without it’s issues, but by the time the PS5 is out, we won’t have to worry about internet speed.

Speaking of the future console, what is we decided not to do discs or even downloads? What if PlayStation changed from a physical console to a streaming service? Let’s say you pay $50 a month, roughly the cost of one game, to play EVERYTHING that comes out. Releases pop up on your catalog, you pick one, and BAM! You’re playing it instantly as if you popped in a disc.

How likely is this? Hard to say, but the trends are there to suggest it could be a larger focus in the coming generation. Does anyone remember OnLive? This was one of the first companies to champion a service where you stream games from a cloud onto multiple devices. It never truly took off and it closed down in early 2015. The story doesn’t end here though. Sony purchased the rights behind their brand of cloud gaming in April of 2015. The terms of the purchase weren’t revealed,d but Sony now has the power to make this streaming subscription concept a reality.

For those keeping count, that’s two cloud gaming companies that Sony has purchased since they started their PlayStation Now service. That can’t be a coincidence.

Tiered Pricing, prices based on budget

This generation, we’ve seen a few games come out that are priced lower than others. These are typically referred to as “Budget Titles”. They have a lower budget, so they charge less than the full price to encourage people to jump on the new I.P. It makes sense, but we don’t see it enough in my opinion. With the PlayStation 5, I think it would be wise to implement a universal system, a tiered set of prices based on the budget for the game. Something like Call of Duty, where they spend millions of dollars in production, can charge full price, and people who play multiplayer will have their fun with it. 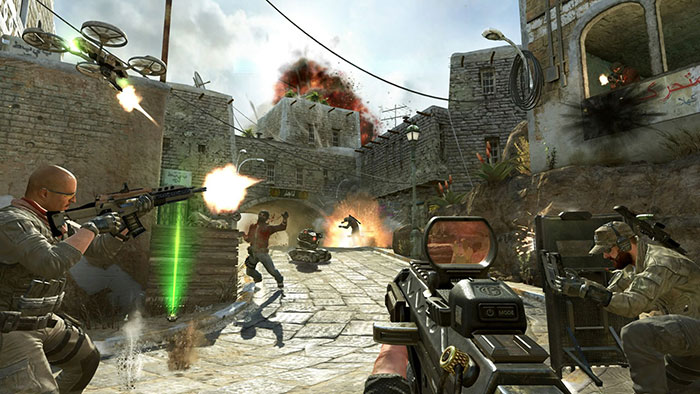 Looking at something else, like the ever popular Skylanders series of games, this is an example of something with a smaller budget. The graphics aren’t as cutting edge and the game doesn’t sell quite as well. They can afford to charge less because they are making money off of the figures they sell for the game. Every game that comes out should be priced based on the budget so as to allow developers to try new ideas without sinking too much money into the project and enticing consumers with a lower price point.

Another option is utilizing the Free to Play Model more often. Free to play games provide the consumer with a bulk of the game up front and allow them to purchase additional content at their leisure. What this leads to is people spending a few dollars here and there until, over the course of their time with the game, they will have spent more than if the game was released at full price. This is also something to consider, especially with new I.P’s so people can test the waters.

All in all, the biggest thing to remember is that these games are going to be worth it. The price may go up, it may stay the same. Either way, these experiences are worth the cost of entry because they will bring you everything you want and more. Games may be expensive, it’s true, but it is a hobby that I will never give up.

What do you think the cost of PS5 games will be? What changes do you think will affect the pricing? Tell us in the comments!