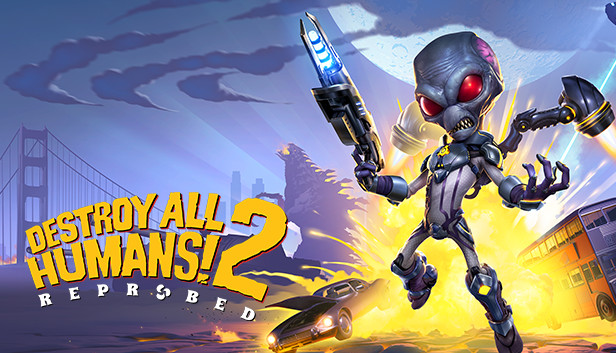 Destroy All Humans! is one of those franchises that offered exactly what I wanted as a gamer during the PS2 and Xbox era: wanton destruction and crass humor in equal measure. There was nothing quite like it, and to this day, I’ve never heard a better off-brand Jack Nicholson in a voice acting role.

The remake of Destroy all Humans! in 2020 from THQ Nordic was good, but it brought to light the flaws with the outdated gameplay. With Destroy all Humans! 2 – Reprobed, the sequel gets the remake treatment. Beyond massive visual upgrades and a few quality of life touches, this is the game you remember, through and through. Does it ride the wave of nostalgia to wipe out its flaws, or did crypto not age well? Let’s find out.

A Faithful Remake, Warts and All

It’s funny that Destroy All Humans 2! – Reprobed opens with a disclaimer specifically about its content. The developers chose to leave the original narrative untouched and present it exactly as it was when it first released. The world is a vastly different place today than it was back then, and a lot of these themes, stereotypes, and jokes hit a lot different in 2022, but I can also respect the desire to keep the source material intact.

Personally, I didn’t find anything in Destroy All Humans 2! – Reprobed to be offensive, at least not compared to the likes of Grand Theft Auto or other similar games, but I can also see how some of these elements would be seen in poor taste with the state of the world.

While it didn’t personally affect me, the disclaimer is a fair one, and I think it’s completely fair for others to feel differently about the content in the game. In terms of the overall story and humor, I had a few laughs and some of the deeper mysteries intrigued me, but nothing about Destroy All Humans 2!’s narrative really jumped out at me, though I did appreciate the globe-trotting adventure and the variety of locales.

From a gameplay perspective, Destroy All Humans 2! – Reprobed combines large open areas with fairly standard mission designs. Kill a certain number of enemies, destroy specific objects, escort an NPC, etc. The bonus objectives allow you to have some creativity, but beyond this, you’ll need to make your own fun as it were by trying out different weapons and combinations with your PK ability.

The on-foot combat feels fine, but the boss fights in particular offer huge difficulty spikes that can be frustrating if you’re used to the pace of the normal missions. The variety of weapons keeps things interesting, as does the skill trees for each that let you increase their power or capacity.

The other side of combat is your saucer, which is a little unwieldy to control but offers satisfying levels of destruction. You use the left stick to fly and the right stick to adjust your height. Holding the left trigger allows you to fire weapons straight down, which does make aiming easier, but when everything is combined it doesn’t feel as smooth as it could.

That doesn’t mean it isn’t fun though, I especially enjoyed the DNA sequencing that requires you to abduct certain numbers of NPCs using the alien equivalent of a hoover vacuum. The way buildings and people react to your death ray also makes rampages through the large open areas a fun side activity.

The variety between the on-foot and saucer-based missions is nice, but Destroy All Humans 2! – Reprobed feels pretty empty when you’re not actively chasing objectives. There are plenty of NPCs and vehicles, and stealing people’s identities or reading their thoughts is fun, but beyond collectibles there’s just not a whole lot to do as you wander around the impressively large areas.

When you consider everything, Destroy All Humans 2! – Reprobed feels like it was made with love and care by fans, and made for fans of the original to enjoy exactly how they remember. In short bursts, it holds up pretty well, but longer play sessions became repetitive and despite some funny moments, I never felt like the story was pulling me forward. 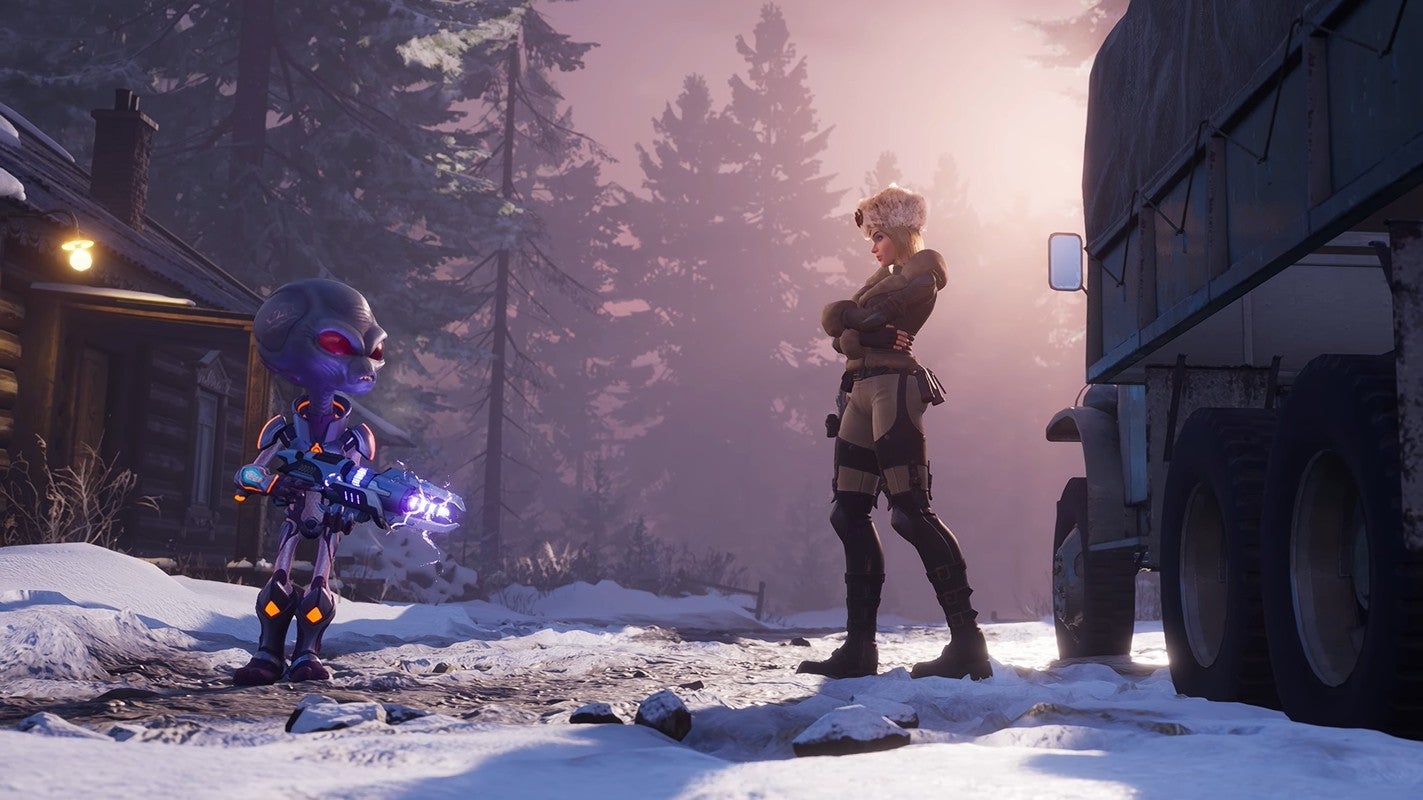 One thing that I cannot fault in Destroy All Humans 2! – Reprobed are the visuals. The game looks excellent on a modern screen, and the frame rate is smooth throughout the destruction you can wrought upon the world. Looking back at the original, the leap in graphical fidelity is incredible, but the true feat is that everything still retains the look and feel of the original.

As I mentioned in the beginning of the review, I also love the off-brand Jack Nicholson voice that Crypto has always employed. As a fan of the original game, I have to say that Reprobed is an immensely faithful recreation, but I can absolutely see how gaming and open worlds have evolved in the years since the original.

When it comes to a recommendation, my input is quite simple. If you loved the original Destroy All Humans 2!, then you should pick this up without hesitation. It’s everything you remember, looking and playing better than it ever has. If you’re curious about the experience, I’m less enthusiastic. You’ll notice the flaws in the design and gameplay, and the humor may not resonate with you.

Even so, this second outing has proven once again that Black Forest Games knows how to make a Destroy All Humans! title, and I for one would jump at the chance to try out a modern sequel that brings this series fully into the modern era.