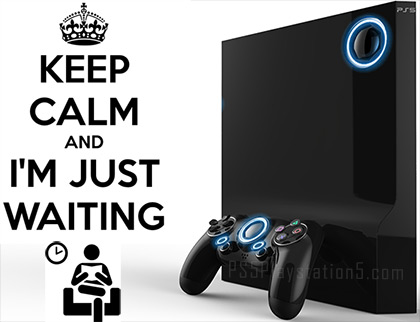 Gamers are used to have console generations, but all of that has changed. Now, we have the PS4 Pro, along with the standard PS4, to choose from. While this new option is 4K enabled and more powerful, it’s not the PS5. The PS5 is still coming, which leaves gamers with a decision to make: should they wait for the PS5?

We ran a poll to ask that very question, and the results were very interesting. Join us as we look at the answers our fans gave us, and how you can decide for yourself.

We Asked and The Fans Answered

We were curious about how our fans thought of the PS4 Pro. Was it something they had to have, or would they rather keep their PS4 systems and await the inevitable PS5?

It was an interesting question to ask. After all, wouldn’t PlayStation fans leap on the opportunity to try out a new console? Well, since the PS4 is more of an upgraded PS4 Pro, the difference wasn’t as striking as a next generation console would be. So, we went to work to see what the fans wanted. As part of our poll, we gave gamers three different choices:

As of this writing, the poll shows a whopping 60% prefer to wait for the PS5! It’s followed up by those who will buy the PS4 Pro, and the neither crowd came in the last place. So, it’s clear that the majority want to wait on the PS5. It makes sense, given the fact that PS4 Pro is simply an upgraded PS4.

The fact that it exists within the same generation as the PS4 means that it will play all of the same games and that all future games will have to work on the PS4 as well. That means that the difference, while noticeable, won’t ever be the generational leap that the PS5 could provide.

Sony has also focused intensely on the 4K aspect of the system. While it doesn’t always hit native 4K resolution, the checkerboard rendering it uses does give resolutions well above 1080p. The problem with this is that this is only something that 4K TV owners can have.

1080p owners can get benefits like supersampling, higher frame rates, and better graphics, but these features are rarely advertised or used to their fullest potential. Exceptions include games like Rise of the Tomb Raider, which offers multiple modes for PS4 Pro owners to choose, including higher frame rates or improved graphics.

Beyond cases like this, the PS4 Pro hasn’t managed to really offer a major leap. It offers a lot for 4K TV owners, but the incentive for 1080p owners isn’t as high. That being said, if you’ve opted for PlayStation VR, the additional power of the Pro does create noticeably better experiences fairly consistently.

Even with these things in mind, the PS4 Pro is still a $400 console. With Microsoft selling the Xbox One X for $499, it’s possible Sony could come out at the same price, or at $599 for the PS5. In either case, gamers who saved $400 by not getting a Pro would be in a much better position to make the upgrade, especially if they put that money aside for when the PS5 is announced.

So, I can understand the position of those who wish to wait for the PS5. It makes sense, but what about the other two options? Let’s talk about which one is right for you.

PS5, PS4 Pro, or Standard PS4? How to Decide Which One is Right For You

As a gamer, you may already have the PS4, or maybe you don’t and you’re trying to consider where to jump on board. We know the PS5 won’t be here for a while, so you need something to play your games on in the meantime.

That’s why we’re going to look at the factors which will help you decide. Start by asking yourself a few questions:

If you answer “yes” to at least two of those questions, you may be someone who could benefit a lot from the PS4 Pro. Even if you just answered yes to the 4K question, then the console could unlock the benefits of the TV you purchased. If you’re hurting for hard drive space, the PS4 Pro also offers a terabyte of space to work with as well.

Now, if you don’t have 4K, you don’t want VR, and you don’t play a lot or care about graphical fidelity, you probably don’t need a PS4 Pro. Instead, you’re someone who is sticking with their trusty PS4 and will probably take an interest in the PS5.

If you answered “neither” in our poll, you may not be a hardcore gamer right now, or you just want to enjoy the PS4. Regardless of which choice you pick, it’s never been a better time to be a gamer. PS4 and PS4 Pro both enjoy some of the best exclusive titles this side of the PS2 era.

The PS4 is still enjoying one heck of a generation. The PS4 Pro offers the additional power and 4K support that some hardcore gamers want from their consoles, and that’s great. Many gamers prefer to wait for the PS5, expecting the usual transition from one generation to the next.

While I personally upgraded to the Pro for the additional power and enhanced VR, I’m most certainly waiting for PS5. I was concerned for a while there that the PS5 could be scrapped in favor of console upgrades like the Pro and the Xbox One X, but that doesn’t seem to be the case.

Sony knows that console generations are important, and healthy for the industry. The quantum leap from one generation to the next is a hallmark of console gaming and one of the few benefits we enjoy over PC gamers who instead observe iterative changes over the years. To each their own, but I for one, am happy to see that my fellow gamers have their eyes fixed on the future.

The PS5 is coming, it’s only a matter of time. Are you someone who prefers to wait for the new system, or will you enjoy the PS4 Pro in the meantime? Cast your votes in the poll, and let us know in the comments!