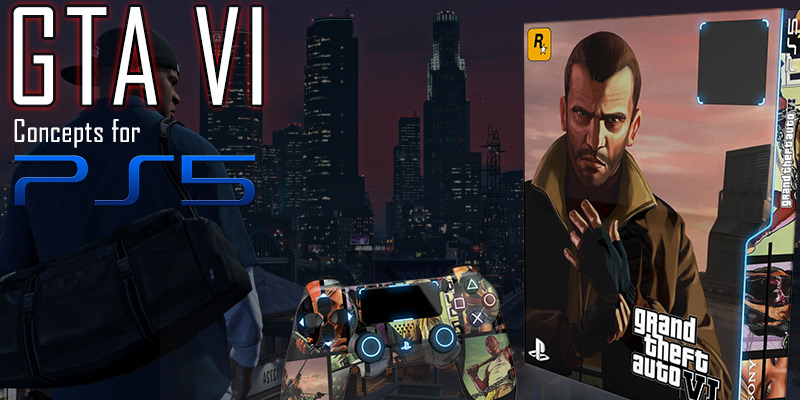 Rockstar has long defined the open world genre of games with each and every Grand Theft Auto release, but I for one would like to see GTA VI take things one step further and “borrow” some of the best mechanics and design choices from the last generation of gaming.

Imagine what Rockstar would do, given the ability implement these ideas. While many games have used concepts from Grand Theft Auto, these are the ideas we want Rockstar to take back in GTA VI.

10 Mechanics Rockstar Should Use and Improve on in GTA VI

This list is by no means an exhaustive look at innovative game mechanics, but it does look at a few ideas we’ve seen in past GTA games, and plenty of new ideas from other open world titles in recent years.

There’s no shame is using the same idea or mechanic in a newer game. The important part is that you innovate on it and make it better. Rockstar isn’t a developer that would simply rip off a concept from another title, so I for one would love to see what they could do with these:

Kingdom Come: Deliverance is the kind of RPG that only fans of ultra-realistic games will appreciate. The game had some rough spots at launch, but it also had a lot of interesting ideas. While it’s certainly worth a look if you’re into a realistic medieval RPG, one mechanic could work really well in GTA VI.

In Kingdom Come: Deliverance you need to maintain your hygiene if you want people to respect you or discover romantic options. After fighting, swimming, or falling into mud, your character begins to look dirty and will eventually smell to the point where other characters comment on it.

You can wash yourself in buckets of water, but the only true way to clean up is to find bathhouses. This kind of mechanic in GTA VI would allow for deeper interactions with NPCs in the world.

It’s also possible that certain missions would require you to be more or less clean to fit in, which could be really interesting. In either case, it would add to the realism and give Rockstar a chance to insert more of the social commentary that makes their games great.

While Grand Theft Auto games typically take place in modern cities where you buy pretty much anything you want, they’ve never given you the chance to craft your own weapons or cook meals to boost your stats.

The idea of characters creating makeshift weapons and bombs is not outside the realm of possibility in any modern city. Furthermore, it would be fun to go grocery shopping and cook meals for yourself that you can consume to give you a boost of strength or health.

GTA VI doesn’t need survival mechanics (unless that applies to the setting), but the option to create your own items or cook meals would fit nicely into the game’s wide selection of activities.

Having the ability to switch between three protagonists in GTA V was amazing, and it’s something Rockstar should absolutely bring back to GTA VI. The mechanic was used to great effect both inside and outside of missions, with the feeling that the characters were still going about their lives without you.

In many ways, it’s difficult to improve on this already polished mechanic, but I would like to see Rockstar step things up in the new title. Perhaps one of the characters you can switch to is on a different map entirely? With rumors that the new game could allow you to travel between the US and South America, this would be a smart way to offer freedom in both locations.

While Ubisoft’s Watch Dogs series may not have been the GTA killer they hoped it would be, that doesn’t mean it’s without merit. Purists may cry foul at the “one-button hacking,” but it made for some exhilarating moments, especially in the sequel.

Part of the allure in Grand Theft Auto games is the ability to wreak havoc, and what better way to do that than giving the player the ability to hack into anything around them (especially traffic lights), to create panic and chaos?

Part of the fun with Grand Theft Auto games is the fact that there’s very little punishment for death. Sure, you lose some money when you’re “wasted,” but that’s about it. What if there were higher stakes?

In games like X-COM, when a teammate dies, that’s it. All the levelling and effort you put into them is gone. In GTA VI, it would be really interesting to have a mechanic where you can recruit people into a squad or gang that come with you on missions. You’ll issue orders to them, and ultimately, their lives are in your hands. 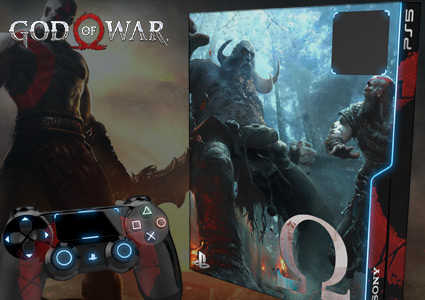 There’s no denying that God of War 2018 was an absolute masterpiece, but it’s probably the furthest thing from a GTA game. Given that, how could Rockstar take anything away from Santa Monica’s magnum opus? Well, as it turns out, God of War did have a fresh take on the open world concept: a dynamic world.

I’ll keep spoilers to a minimum here, but the main hub area in God of War featured the World Serpent. This beast was so gigantic that its movements changed the water level in the explorable area.

As a result, after hitting certain milestones, the water in this hub would lower, thus revealing new islands and areas to explore. This made coming back to the same place again and again quite exciting as there seemed to be something new every time.

Grand Theft Auto III redefined the concept of an open world, so GTA VI should set that bar even higher by incorporating a dynamic world. This could be changes to the environment or new areas like God of War, but it could also be lasting changes to the world based on your actions.

In either case, if the map is completely different at the end of the game versus the beginning, it would make the world feel more alive than ever.

Insert a hot coffee joke here. In all seriousness, though, it would be cool to see more involved relationships beyond the kind where you park in an alley, if you get my drift. We’ve seen some hints of this in past GTA games, such as GTA IV where you could go on dates.

Grand Theft Auto has always been on the forefront of social change, so we could take things one step further by allowing our character to become part of the LGBTQ+ community, thus giving players the opportunity to express themselves however they like.

Rest in peace, Telltale Games. While the studio may be gone, their penchant for writing gripping stories and intense decisions is something GTA VI should absolutely take advantage of in the new title. While it would be a monumental effort to program a ton of decisions into an open world, more opportunities to steer the story would add another layer to the experience.

Even something as simple as dialog choices that result in a “Trevor will remember that…” type of notification would make people think twice before making enemies.

The concept of a Nemesis system is simple: elite enemies are given names and unique traits at random and then sent out in the world to hunt you down. Taking them out earns you special bonuses or loot.

In the world of GTA, this could be hitman, police task forces, or something similar. Ideally, we would have a menu where we can track who is coming after us, and what makes them unique or challenging compared to normal enemies.

The Shadow of Mordor series really did a great job giving each nemesis a personality through their names and behavior. A mechanic like this would give players a challenge, while also offering a compelling reason to hunt down specific people in the game’s world.

Freedom in How You Complete Your Objective (Hitman 2)

Our final idea comes from the recent Hitman reboot and its sequel. In these games, you’re placed in massive sandbox levels and given total freedom in how you accomplish your objective. Those craving structure can look for “Opportunities” that point you towards specific assassinations, but otherwise you can progress however you like.

It’s incredibly exhilarating. GTA V had a tinge of this with the heists that allowed you to plan them out, but imagine set piece missions where the choice of how to accomplish your task is completely up to you, and options are plentiful.

Those are the ideas I would like to see Rockstar, ahem, “Borrow,” from other games, but what about? What mechanics from your favorite games should find their way into GTA VI? Let us know in the comments!