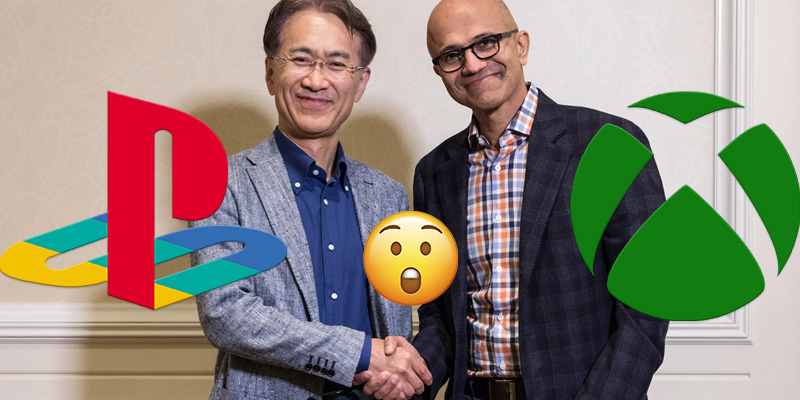 You may have heard about the partnership announced last week between Microsoft and Sony. It was an unprecedented move for both companies that caught everyone off-guard, including Sony’s own PlayStation team.

While high-level deals like this stay a secret from the public and lower levels of the corporation, you would think PlayStation’s own team would know what’s going on. Needless to say, people weren’t happy.

The exact nature of Microsoft and Sony’s partnership has to do with the Azure cloud platform owned by the manufacturers of the Xbox. The goal is to co-develop game streaming technology and host some of PlayStation’s online components on Microsoft’s Azure cloud platform.

This comes after years of Sony developing its own cloud streaming service, PlayStation Now. You can probably imagine how this news struck the PlayStation team. They were reasonably afraid that their work was in jeopardy or their efforts were going to be in vain thanks to a decision well above their pay grade.

According to anonymous Sony employees who spoke to Bloomberg, managers had to calm down team members and assure them that the work they were doing on the PS5 wouldn’t be affected by this news.

The deal, while shocking, makes sense. Microsoft’s Azure platform is among the largest in the world. It would cost billions of dollars and countless hours to even try to match the growth and speed of this platform. In the end it boils down to “if you can’t beat them, join them.”

Some argue that Sony is also afraid of what Microsoft and Google are doing with game streaming, so this could be a way to get into the latest tech without the wait associated with building up their own solution.

Sony shares also went up a noticeable amount after the announcement. This points to a smart move on Sony’s part. According to sources from Sony, they tried to deepen their collaboration with Amazon Web Services, but couldn’t come to an agreement. This led to the talk with Microsoft.

It’s not ideal to work with your competitor, but Sony doesn’t have many choices when it comes to cloud servers. Ultimately, the tech is the foundation, but the games will decide who the true winner is in this partnership. Sony has massive exclusives, but Microsoft has been buying up studios for the same purpose.

Regardless of how it plays out, this next generation is going to be very, very interesting indeed. What do you think about this partnership? Does it make sense, or do you think Sony jumped the gun? Let us know in the comments!