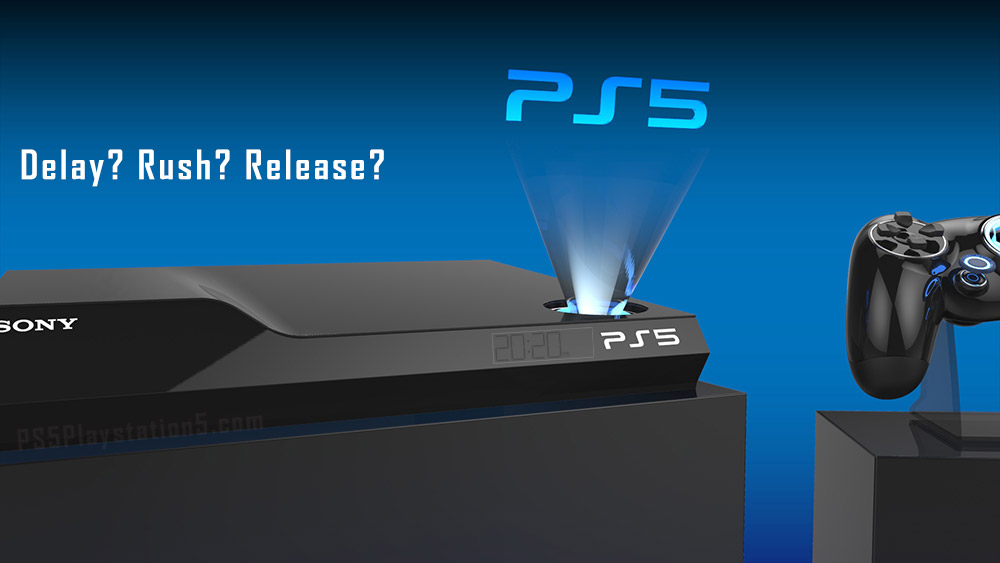 While many gamers want the next big thing as soon as possible, this is not always the case with consoles. New owners of the PS4 or Pro probably don’t want the PS5 to come out right away. While Microsoft may be ahead with the Xbox One X, the PS4 doesn’t need its successor just yet.

The PS5 is the console we want, but it’s not the console we need right now. Join us as we look at five reasons why Sony should delay the release of the PS5!

If Sony offered you the PS5 tomorrow, would you buy it? What if you had to give up all of your PS4 games, or your PlayStation VR? Many of us wouldn’t be willing to make that trade. The PS4 is alive and well, and PlayStation VR is settling into a nice stride.

Here are our top 5 reasons for Sony to hold off on the PS5:

First and foremost, Sony should not try and rush the PS5 to market. The PS4 has been out for several years, but the Pro and PSVR are just now finding their place in the gaming world. Putting out something new at this point would just rob this generation of its remaining potential.

New consoles usually come out when the flood of titles has slowed to a trickle, and sales of the system start to slow down. This is when the market starts to stagnate, and the time comes for a new jolt of innovation.

The PS4 is not here yet. Major releases like God of War, Last of Us Part II, Days Gone, and Death Stranding are still a ways out. These represent the next wave of epic titles for PS4, and with even newer titles announced in 2017, the PS4 has no shortage of power and innovation left in it.

The most important takeaway here, is that the PS4 is not on its way out. If anything, it’s still growing at an incredible speed. Sony is a business above all else, so they will make the right call here and wait until the market is ready for a new system.

As of December 2017, Sony has sold 70.6 million PS4 systems and 2 million PlayStation VR headsets. Last generation, Sony and Microsoft finished neck-and-neck, but this time around the PS4 is well ahead of Xbox One in sales.

The Xbox One X could potentially close the gap, but early reports don’t make it seem like Microsoft’s new console is all the rage. If anything, Nintendo may win the war for sales this generation. The Nintendo Switch has already outsold the Wii U’s lifetime sales in Japan and continues to sell like hotcakes.

The PS4 still has a ways to go before it conquers the PS2. As the greatest selling console of all time, the PlayStation 2 sold a whopping 155 million units. The PS4 is almost halfway there. Let’s delay the PS5 for a little longer to see just how far this generation can go, shall we?

3. Provide Gamers With a Substantial Leap in Power

The most appealing thing about a new console is the leap forward. When a new system is on the horizon, we all come expecting massively improved graphics, a surge of power, and an improved experience overall.

There are already expectations for the PS5, and those expectations will continue to become more lofty as time goes on. If Sony brings out the PS5 too early, gamers will be disappointed, and that first impression is hugely important.

Fortunately, Sony has a track record of waiting until the time is right. Back when the PS4 was still a speculation on many gaming websites, PlayStation Boss Andrew House was asked why they didn’t show the PS4 at E3 2012.

His response was classy as always:

“The right time to talk about new hardware is when you can demonstrate a significant leap on the current experience, and something that is going to be attractive”

This is absolutely true. We shouldn’t see anything concrete on the PS5 until the system is ready to blow our minds. Any reveals before then could risk ruin the system’s reputation before it even hits the shelf.

If you take a game from the launch of the PS4 and compare it to one that came out in 2017, you’ll notice a big difference in graphics. As developers get more time to understand the system, they find new ways to optimize and improve experiences.

I would have never believed a game like Horizon: Zero Dawn would come out on the PS4 when it first launched. Furthermore, it would have been hard to convince anyone that the PS4 launch system could power a VR headset, but that happened as well.

Some of the best games in past generations happened because developers pushed the system to its limits. Without the chance to test limits, we’ll never see the best that the PS4 has to offer.

If I had to guess, I would say that it’s a mixture of talent and technology, but indie games have become a huge part of the game industry. Many of the most impressive independent titles I’ve played were made by a small team.

In some cases, it was made by one person! Indie games always try new things and push the envelope forward for developers both large and small. Experiences like Stardew Valley or Megaton Rainfall don’t appear like the efforts of primarily one person.

Likewise, horror games like Claire and Sylvio introduce new ideas that force other developers and publishers to innovate and keep up. The longer the PS4 has time to house indie titles, the more innovation we’ll see leading up to the PS5 launch.

Should Sony Wait on the PS5?

There’s most certainly a part of us that wants the PS5 as soon as possible, but getting it early could dampen the success of the PS4 and PlayStation VR. As much as we may want it, there’s no need for a new generation in our current climate.

The PS4 should be allowed to breathe, to expand its horizons, and ultimately give the PS5 time to truly wow gamers when it is revealed. Of course, that doesn’t stop us from dreaming and wishing that the next generation was already here.

What do you think? Should Sony wait on the PS5 or release it ASAP? Let us know in the comments!

The opinions and views of this article are solely that of the author’s (Bradley Ramsey) and do not reflect the views of Sony or Microsoft.